Summer holidays always equal a backlog of reviews in front of me, on top of kids who need entertaining like I'm their house Jester. You will see over the next week or so some of the games I've simply not had the time to sit down with at launch and review, with Iron Crypticle dropping onto the Xbox One way back on June 12th, with me dropping in and out of it ever since then.

The game itself is a twin-stick shooter, with the feel of games such as Super Smash TV, with that whole top down view and moving through doors as you work your way through the game. The story of the game is all very simple. The princess and royal treasures of Cryptonia are stolen through a hole in the floor right in front of the king, so off goes his knight (that's you) into the crypts below to recover all of his shiny goods and lady for him. What follows is your working your way through floors of enemies that grow harder and harder the deeper you get, with each floor having secrets such as an arcade with mini-game, shop, and rooms full of monsters all wanting to end you, and not forgetting a boss at the end of each floor. 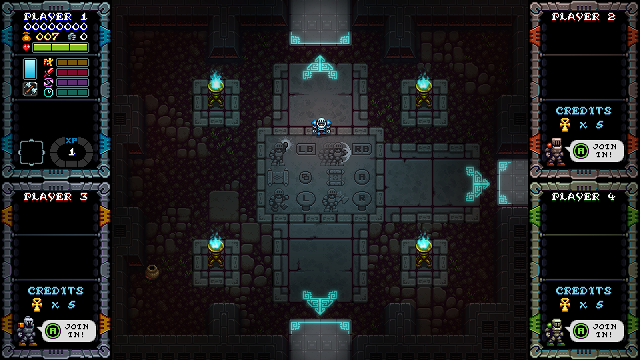 Working your way through the game, each floor throws a few times power-ups your way to clean out these rooms, with hearts also dropping every now and then if your energy bar needs a top up. Death means death here. You can't simply die on floor 2 and then go back to it after falling to the horde of enemies after you. Of course, this might turn some off the game, as who wants to reach a high floor only to die and have to do it all over again? No one, that's who. What can happen here is things start to feel a little repetative, but the game does try to tackle that by mixing up things on each playthrough by changing how the floor is laid out or even the end boss you face. In terms of my time with the game and my failings on floor one, I have faced two different bosses after my numerous attempts at trying to get good. 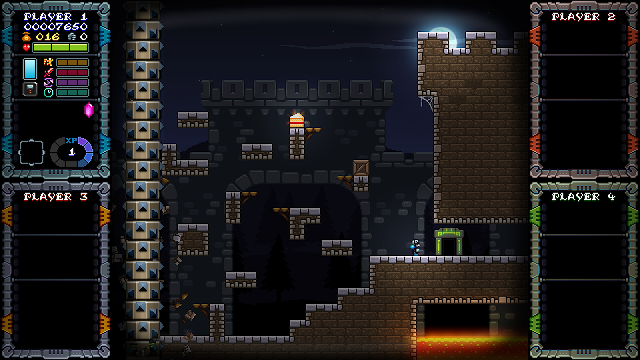 It's also a game which is way more enjoyable when adding more people in, as playing alone on it can feel a bit too tough at times. I never got that far in this if truth be told, and this was playing on easy, and even with my daughter tagging along in 2-player local co-op. The game offers up to 4-players, but the days of asking three other people around to play video games have long passed me by. 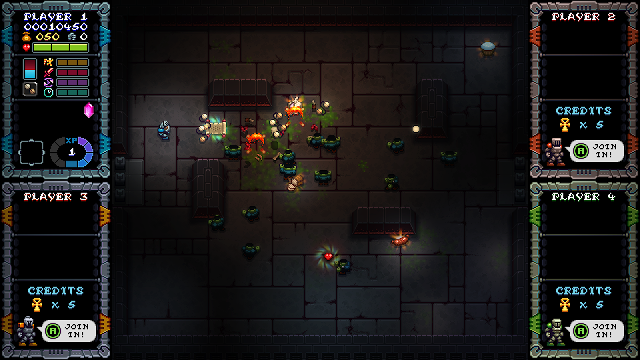 Overall: While Iron Crypticle didn't hook me as much as Tikipod's previous game (Aqua Kitty), there is something here for the retro guys out there who enjoy games like this, or those who like a challenging gaming session. Personally, I would play a couple of games here and there then turn it off, but that's just because I don't have time for a game in which death means doing the same section over and over again before getting to the place you got to previously.