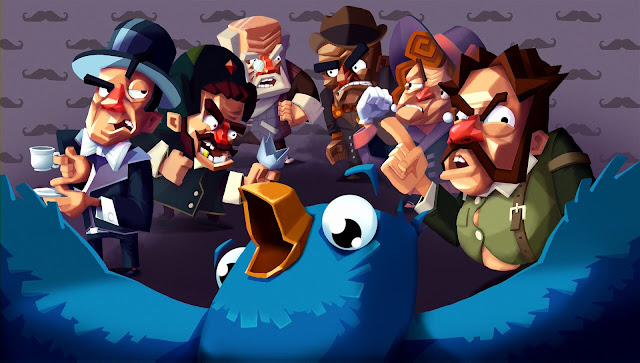 Online gaming and insults are something that have gone hand in hand since I loaded up an Xbox Live game way back when I got my original Xbox. If I had a pound for everytime someone told me some bad words about my mother or my dead Gran after beating them on a game, well I would have a good £64.00 in my bank right about now. While Oh...Sir! doesn't go in super hard at you with the insults like a 13-year-old whose Mum is in the other room would do. It does at least allow you to insult a faceless person online all in the name of some fun and banter, but without the risk of an Xbox Live ban at the end of it.

With the game costing just £2.39/$2.99 on the Xbox store, I will be honest with you, it's going to pretty hard for me to be super hard on it. While I personally can't see it being something that will have an active online portion as the year goes on (I could be wrong), as of writing this the game sits in the number seven spot of the top eight paid for games currently. The game is just something unique and is a genre we don't see that much on consoles these days, and with the pricepoint being perfect for people to do something they've not been able to do since the 360, that's drop a small bit a cash on a game they don't know too much about and not worry about it if it turns out bad. 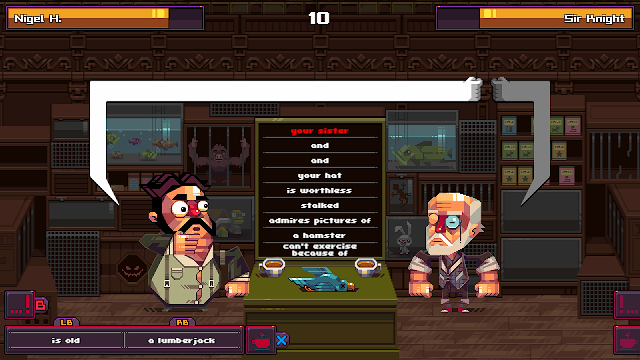 Oh...Sir! is a game in which you face an offline or online opponent in a battle of who can use the words available and make the best attempt at an insult. You have the bunch of words in the middle of the screen, and you also have another two sets of words available to you in the bottom left of the screen. Now sure, when facing the CPU and even real people, the insults can be utterly terrible, but they become so terrible that your mouth can't help itself and let out a little grin.  To beat the other person you must be the first to wipe out their energy bar. You can do this by using certain words repeatedly in your insults, or by focusing on a certain weakness that the other character has (style, poverty, how they look, and so on), but these are never really clear unless you read the bio of each one when choosing your character.

Like I said earlier, the game offers both offline and online play, and with the game being so cheap this is also a massive bonus. The first question when a smaller release comes out is always "does it have online" so this will please that crowd. Single players can take on an instant argument with the CPU, or take them on in a tournament. Online lets you play either a total stranger of invite a friend to a game. Keep playing to unlock new locations to insult people in, as well as unlocking yourself some new characters. 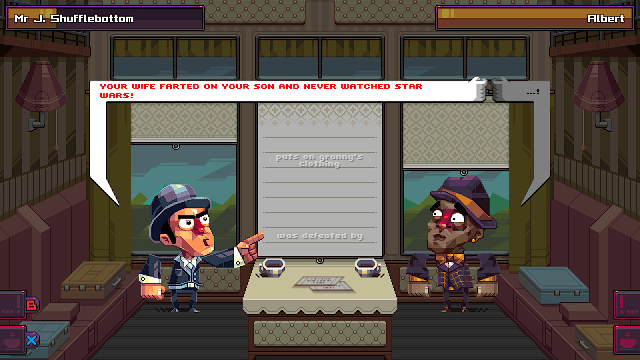 Overall: Like I said at the start of this review, it's hard to bash such a budget game that punches well above what it should actually offer. I've had a lot of fun with this, with the only worry I have is how long a shelf life the game will have before insults start to become a little boring and repetitive.

Pros
Cheap and not terrible
Funny
It has ONLINE PLAY