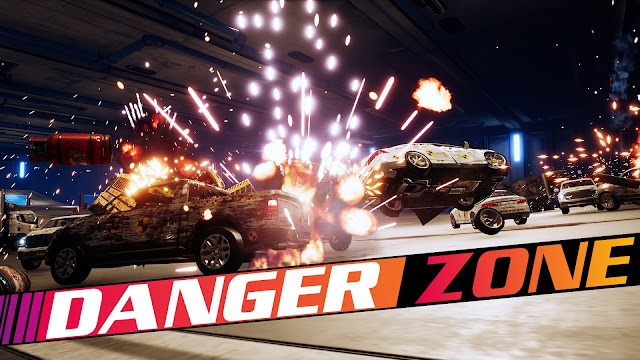 Not so long back, the guys at Three Fields Entertainment were allowing us to smash golf balls around places to cause utter carnage to anything that was unlucky enough to be sitting there minding its own business. Fast forward to present day, and after fans of Dangerous Golf did nothing else but ask about Burnout and smashing stuff up, out popped Danger Zone, a kind of updated version of an old 360 game I enjoyed, that game being Burnout Crash (you know, the one that had the Hoff promoting it.

If you played either of those previously mentioned games, then you know what to expect from Danger Zone without me having to waffle on too much. You control a car in which you much try to cause as much carnage as you can, with items on these crash test junctions which will also boost your score and also give you extra smashbreakers, which are your way of getting around after your first initial collision in the game. After the first collision, you use these smashbreakers to navigate your way around the track, picking up the bonuses, while also trying your best to get the other vehicles to collide with each other to keep that score going up. Three medals are up for grabs if reaching a good enough score, with a platinum medal there just above gold if you fancy pushing yourself even further and also earning an achievement if getting ten of them. 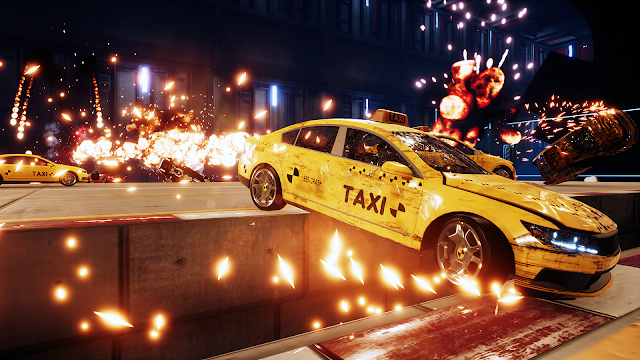 The game gives you four phases, with each phase having eight crash junctions for you to try and score well enough to unlock the next one. It's all that simple really, with nothing else really to tell you about. The pullback of the game giving it that one more go feel is all down to the leaderboards if you have friends who pick up the game too. Seeing a friend sit above you in the friend leaderboard by a million or so pushes you to give that crash junction just another go, next thing you know, you're sitting there 15 minutes later on you're 35th attempt getting annoyed at yourself for timing a smashbreaker wrong or missing one of the bonuses.

The crash junctions themselves offer a decent challenge too, with each one being much more than a thing you just need to ram a car into and close your eyes to get a high medal. They require some thought to them, with accuracy rather than speed sometimes being the reason you reach that platinum high score. You start off playing the game thinking that carnage is all you need, but you soon learn that the score bonuses on each track play a massive role if you hope to sit anywhere high on those leaderboards. 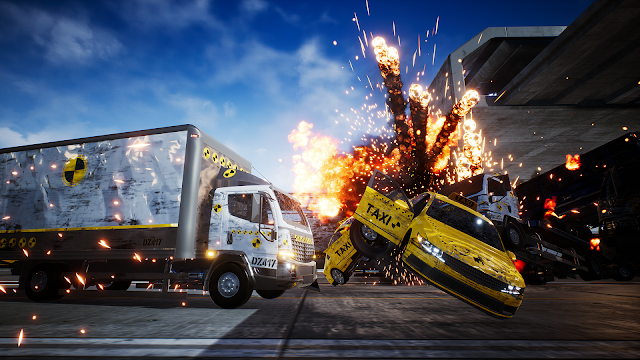 Overall: With any review, I ask myself the same question. That question being how would I feel if I paid my own money for this, and has it done enough to warrant the price it is being sold for. Now sure, while Danger Zone is pretty basic when it comes to what you get to play in the game, I have found myself having fun with it too. I'm a big fan of games that have that pick up and play feel to them, it's why games such as Pinball FX are never deleted to make room for new games on my HDD. While £11.99 does feel a bit much for what you get, if you have friends who pick it up with you, you will find yourself playing it a bit more even after beating the game if you do. In terms of achievements, I'm currently sitting at 850G, so if I can come close to getting the full 1000G anyone can.
Danger Zone