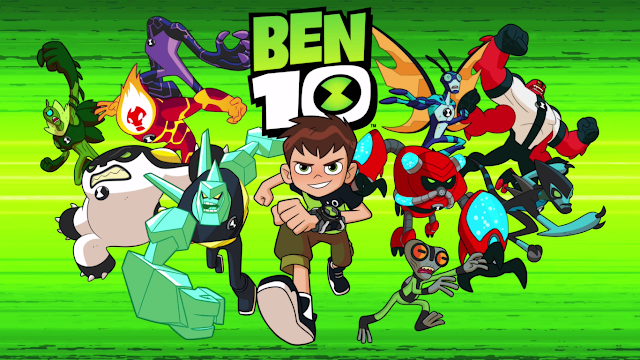 Ben 10 is a series only known to me because of my soon to be a 12-year-old son, with him enjoying the show and making me buy DVDs back for it when he was about 7 or 8. The only memory I have of it is having to once buy a stupid watch like Ben wears in the show which helps him change into these super mutants and a theme song that digs into your mind and never leaves. For those not clued up on the song, it throws such classic lines at you as BEN 10.............BEN 10....................BEN 10, followed by you mumbling words that make no sense whatsoever, but it does have a catchy guitar riff to it. So why did I choose to review this game you ask. Well, I sit here reviewing this latest game cashing in on kids who still love it, thinking my son might still have a fondness for it, so I thought I might score some cool Dad points. I downloaded the game for when he got in from school to say, Son, look what I have, only to be met with the look of "whatever Dad" when he saw it. So here I am 8+hours down the toilet and only about 400 gamerscore to show for it. Cutting to the chase rather quick, Ben 10 isn't a game that will rock your world if you are expecting something huge for the stupidly high price of £34.99 it currently has on the Xbox Store.

The game is as basic as you would expect, with 10 characters with special powers to unlock as you play through the 6 areas/levels the game throws at you. You get a number of bosses to take down at the end of some of the levels too, but none of them left a lasting memory on me really, with all them being things like a clown or a bee, to the last boss which is the goto giant boss that attacks you by swinging his giant arms or aiming at you with lasers while you try to avoid him on a small platform. 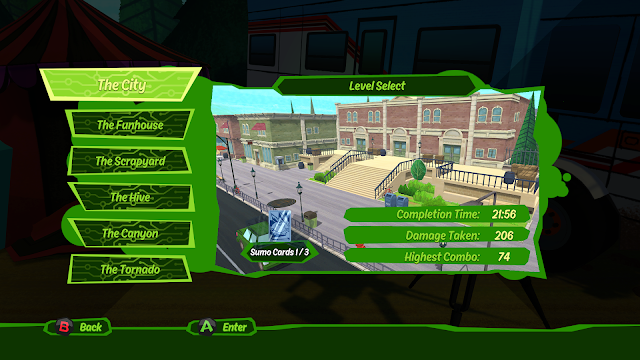 The pattern of each area is pretty much the same as the last level too, that task being walking a bit to beat some enemies to be able to progress further on into the level. As you do this you can also smash boxes and scenery to get yourself some Alien boost points, which you are able to spend at certain points within levels, or at the campsite which loads up when loading up a saved game or when ending a level. While Ben stays his basic way throughout the game, the 10 characters at his disposal have three additional unlocks each, with these giving their strengths a little boost if you buy these boost with the ABP you have gained while playing. They don't feel like they do anything if I'm honest, but they make you want to collect these points like you would in say a LEGO game with studs.

On your travels, you also have 18 sumo cards to find which do absolutely nothing at all, so why they bothered I do not know. 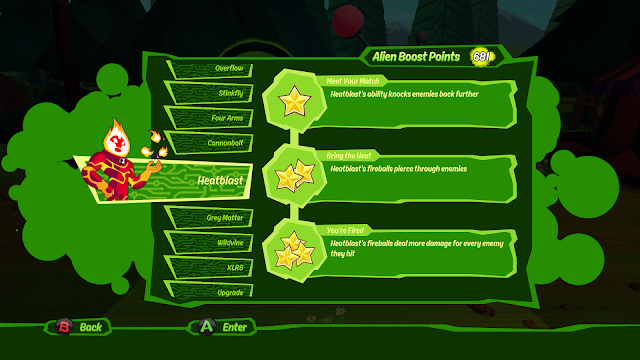 Overall: I'm 38 and playing a Ben 10 game, so maybe I'm not the market for this. I would say though that as a parent I can't justify paying so much for what feels like a basic game with a name attached to it that will suck the kids in this time of year. See it for under £10.00, then maybe for the easy to get achievement points. But as far as it being a game that will leave a long-lasting memory, sadly it will not do that.
Ben 10