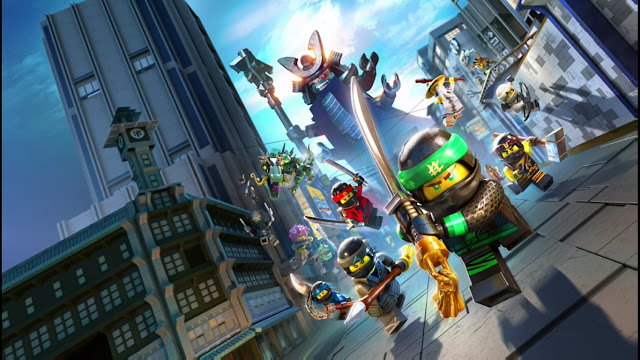 It seems a LEGO game is always just around the corner these days, and why wouldn't it be? It's a franchise loved equally by kids and even bigger kids like myself. Ninjango was something new to me, however, with other LEGO games all having links to something even I (an old dude) had some knowledge about. I was worried that this would play a big factor in my enjoyment of it all, that and just LEGO games now being nothing more than a copy and paste experience of the last game, all be it in a different skin. This is also another review that should have been done a long time ago as well, but you already know the story about my messed up life so I will skip that for this review. 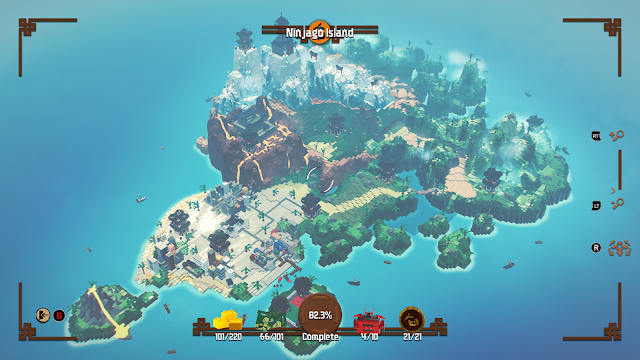 In this, you once again take control of a bunch of characters (this time ninjas) who must smash their way through a bunch of locations and levels and defend their home island of Ninjago from the evil Lord Garmadon and his Shark Army. That is what the game website and info sections of where the game is being sold tell you anyway, but the story plays out more like a bunch of characters trying to take down a big kitty, while also learning about their own unique powers and having a good feel moment to wrap things up. I'll be honest here, the story is told really badly, with an ending that had me asking if that was even an ending once it all was done, and cut-scenes that look that they were just slapped in out of the movie. Because of this, you do end up with this messy presentation, where you just find yourself going along with it all and forgetting all about the small thread of a story the game tries to put at you. 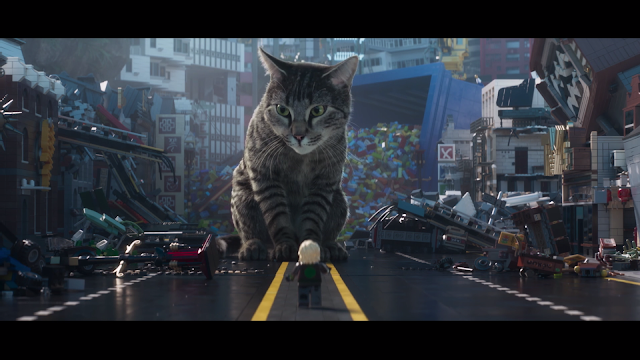 Levels in this offer nothing new really over previous LEGO games either, with the same smash stuff up collecting studs and using the unique abilities of each character to make your way through it all. Where the game does differ a little is how the game offers up these areas to you after beating them, with no need to replay levels anymore really once you've played it once like before when you would unlock a character to get to that part that was unattainable first time around, as the section/area the level takes place in are opened up and free to explore once you've beaten it first time around. What this does is take away the need of having to play through a level all over again to just get that one gold brick that was right at the end of a level. A pain right in the you know what in previous games, and simply put, just a waste of time.

Once the game is beaten or even as things unfold if you're one of those gamers, the game of course offers a few things to do away from the forgetable story. Hunting down gold bricks, all 220 of them. Finding and unlocking all the 101 characters available in the game, with some unlocked by simply playing the game, and others by finding figure packets around the areas once available, or you can also unlock a few by beating each dojo found in each area. A dojo is sort of like a boss who has zero back story, with a few waves of enemies to beat before, followed by this short boss battle in which you beat the crap out of him. The only skill you need is being able to get a decent enough multiplier to be able to score well, with stud score being what will net you a high score for that dojo if you also want the achievement for getting a gold medal on all of them. You also unlock and upgrade while you play the game with things called ninjanuity points. These allow you to upgrade yourself a little with perks such as 2X times studs, and greater damage if you choose to use your token to unlock it. The game also has 10 scrolls to collect as well, with these offering much more of the same but also unique things like disco lights and a few other quirky ones as well. 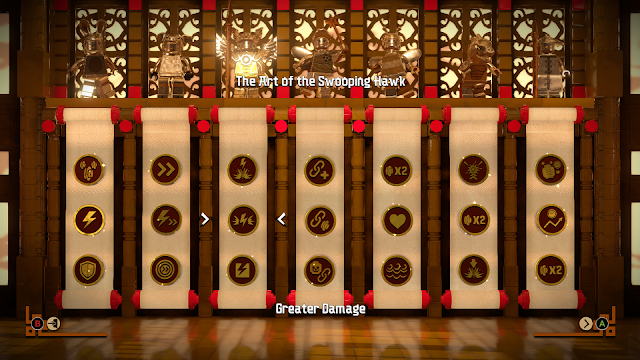 Overall: In no way is The Lego Ninjago Movie Videogame a huge change from any Lego games that have come before it, with the game being pretty much everything you seen before, bar a few bells and whistles. That being said, I've found myself becoming addicted to the game the more time has gone on, with most days and nights in the last week or so being me telling myself to jump on and hunt down a few more characters or gold bricks, with the old achievement hunter in me coming out after being in hibernation for a long time. If you're the kind of gamer who just wants to sit down and play something for a few hours without the fear of death or anything tasking, then any Lego game will offer you that. I've had fun, and at the end of the day, that is all I want out of a good game these days.

Pros
Good 30+ hours of gaming here if you want to get that 1000g, so value for money is there.
Easy gamerscore for those that eat that stuff up
Best looking cat in a game to date (see above)