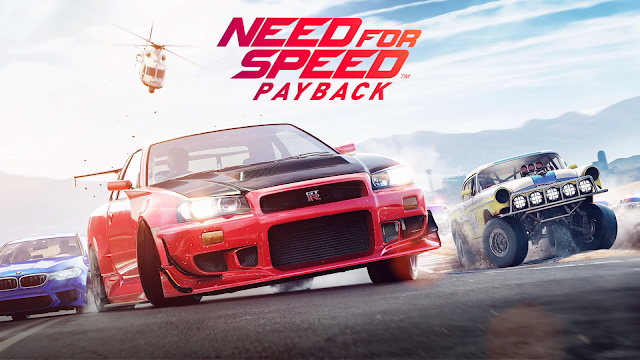 It seems like an eternity since a Need For Speed game was something that had racing fans getting all excited about it, with the series now in a place where gamers have sort of given up on it in a way. While the Need for Speed series has been one I've sort of enjoyed playing over the years, I can't say that when asked about a favorite racing game from the past I've ever felt the need to mention one of the many games in this series, with many gamers like myself almost always having more of a fondness for games such as Split Second, Blur (these two might be just me), and Burnout. So what does Payback offer that every other arcade racer doesn't was the question I had going in for this review, and also crossing my fingers that they lowered the fistbump count seen in the cut-scenes of the last game. Spoiler, they thankfully did.

Need for Speed Payback sees you taking the wheel and controlling three characters in total, with Tyler, Mac, and Jess fighting back against a group known as The House. This group pretty much controls everything, so it's up to you and a few smaller groups you meet in events along the way to fight back and take them down the only way you can. No, not by actual force silly, as these guys never get out their cars to even chat with each other the lazy buggers. These guys, of course, use their own unique driving skill they each have while playing through the tier based events to unravel the story. while at the same time smashing the holy hell out the lovely place that is Fortune Valley along the way. If you're going into a Need for Speed game expecting a story that will hook you in, then I really don't know what I can tell you, as the whole game is pretty much a what would the guys in Fast & Furious do when it comes to any sort of big moments in the game. Any sane person would think about stealing a car while it was parked up in a garage, but this bunch of misfits say OH HELLLLLL NAAAAA to such simple thinking, and would rather drive alongside a lorry doing 100mph and jump on it and drive that sucka out the back while it was still moving. Why you ask? Because they're young, cool, and give zero shi**, That's why. 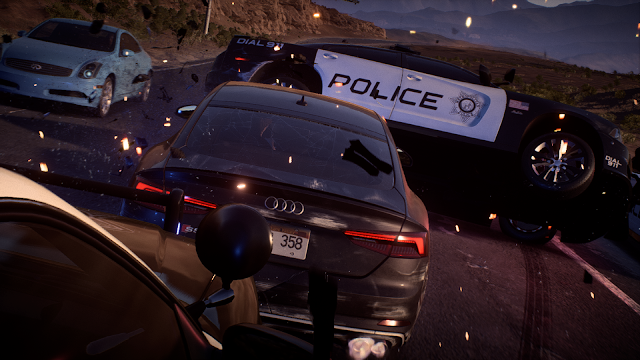 The events you come across in the game when it comes to story-based ones are races, drift events, drag racing, offroad events, and events called runner events which see you trying to get away from someone or collecting things. While all these events are fun and exciting to play when the game gets going, over time and certainly as you progress through the game it can start to become a bit tedious and slightly boring. The sort of big levels the game throws at you every now and then with big action movie style moments that I detailed above are fun to play when they do show up, but once these are done the game just slows things right down again afterwards by giving you more of the same quests and events played before, only this time against new factions and voices (you know, because they never get out their cars).

Away from the story, the game does offer a lot of things to do, with the likes of collecting chips, smashing up billboards, collecting bait crates, and racing against other racers that are shown as arrows on the map as you venture around Fortune Valley. Take down these small racers a number of times to face their boss, but once again it's a lot more of the same seen in the events of the story so it can become a little too much if you feel like you need a break from these events. On top of this you also have small little tasks to do on the roads while travelling to places, with drift zones, speed traps, speed runs, and jumps littering most of the roads.These not only offer friend leaderboards for you to beat, but also give the chance of earning stars for shipments cases which allow you to fully pimp out your cars with vanity items such as smoke, lights, and horns, while also giving you cash and tokens for a spin of the wheel for speed cards at item shops. Speed cards are essentially cards that boost the performance of your car in a certain area, with cards allowing you to try your best to boost your favourite car and make it able for you to stick with it for a while. 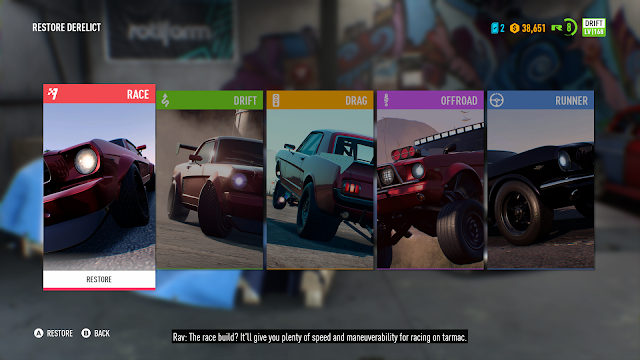 In terms of online Multiplayer, I can't say it offers that much really, with the option to jump in with others racers being somewhat limited and also very frustrating. Jump in to play a speedlist which throws up five of the events listed above. Going into online play, however, do expect your car to be used as a barrier by all other players, why racing games (even more so arcade style ones like this) allow other online cars to allow contact in an online setting is beyond me. Take a corner with a bunch of you and you can be bashed all over the place and be forced to play out a race with you at the back of it through no fault of your own. While being angry about this you of course get to enjoy watching that online di** who plays dirty taking a higher place than you at the end of the race. Mostly the reason I never carried on messing about with online play for very long.

Also in terms of looks, I've got to say I was expecting much more from this. Sure it looks alright in places, but at times when cars were loading up, I could literally watch then load in pixel by pixel, the same can be said for scenery and the road surface too. I came out not being impressed at all by the visuals. 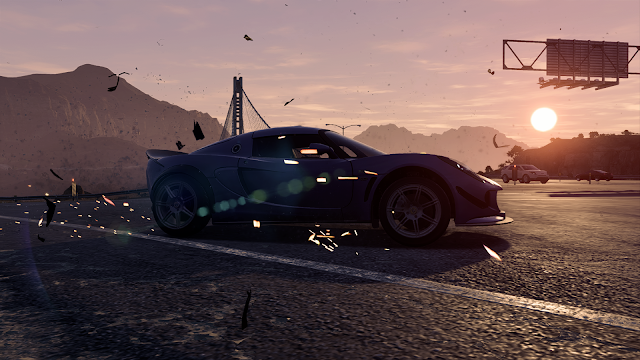 Overall: Need For Speed Payback was just alright I guess is the short way of saying things. If you enjoy your arcade style racers and the series in the past, this will offer a good week or two of game time in return. Those wanting something a bit different won't find that here, with the game coming out pretty much what I was expecting in terms of storyline hook and content. Playing this on my launch day console and Xbox One S, I can't say it came anywhere close to the likes of Forza 3 when it comes to looks and content, and you can pick that up these days for under £25.00.