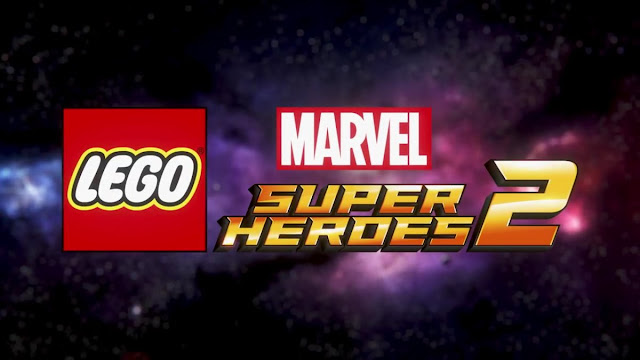 After taking a LEGO break after losing a lot of hours into the Ninjago game recently (review found here), I decided this week my brain had rested enough to load up yet another LEGO game to play, but this time with the weight of many Marvel superheroes behind it. What with this coming out back in November (thanks life getting in the way), you can pick this up now for anywhere between £20.00 to £30.00 here in the UK.

LEGO Marvel Super Heroes 2 sees you take control of the plethora of talent behind the Marvel brand, with the likes of Spiderman, Thor, Captain America and many more ready and willing to smash the crap out of levels and areas the game throws at you. The bad guy of the piece is one Kang the conqueror, not someone I'm particularly clued up with due to my fleeting knowledge to all that is super and hero, but none the less, the standard type of bad guy we have come to expect from a game that is essentially smash up stuff, beat up things, and while doing all this never being able to actually die. I've finished it all now and what I got coming out of it was a large section of it being me having to collect things called nexus shards, while also working my way through what felt like henchmen before meeting Kang at the very end to finish it all off. 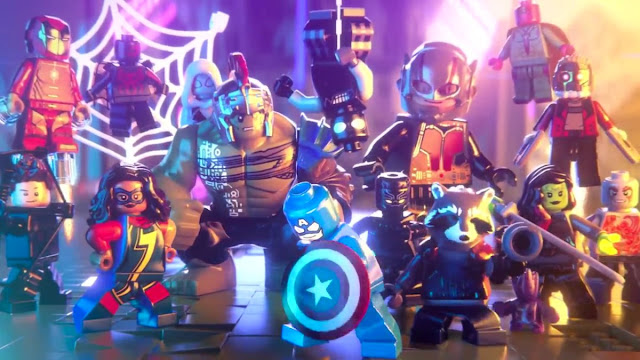 Away from the story, the standard bits and pieces of added content found in LEGO games is of course there to enjoy and help add a ton of replay value into the game once the story is said and done. Each level has replay value thanks to things such as gold blocks, minikits and things to unlock when playing through that level again with the free play option unlocked when you finish that level, with characters you have unlocked now being able to reach areas that weren't accessible previously.

The city the game takes place in, that being Chronopolis, also offers a stupid amount of things to do as well. Side-missions litter the whole map which when beaten normally net you a new character as well as helping unlock one of the 10 Gwenpool bonus missions for you to play. This is on top of the 20 story missions that the game gives you to play already. I found myself actually enjoying these Gwen missions a lot more than I did the story missions, with these offering up something a little different, with the story being more and more of the same if you went through them one after the other. On top of this you have 25 challenges to complete, with such things as shooting metal hats off statues around Chronopolis, to hunting down billboards to change the pictures being used on them. In total the games has 200 minikits to find, 236 characters to unlock, 10 pink blocks (will need to be bought with studs once unlocking them, but will give you things such as 2x to 10x studs to name just one of their uses), 255 gold bricks, helping Stan Lee who is in a pickle and needs saving a whole 50 times, and finally, 14 gold brick monuments to build. So yeah, like I say, a stupid amount of things to do even when the game is over.

The game also offers a battle arena up which offers two games to play, but much like the arena found in the Ninjago game, this is only really going to be used more than once if you have a player two at hand, otherwise you will give them a look and forget they are there. 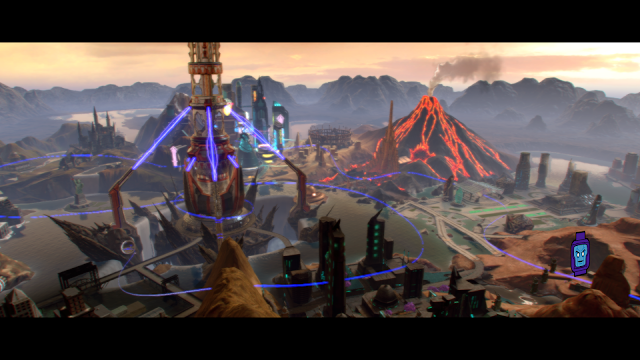 Overall: While throwing up some fun for me with my 20 or so hours with this, I can't come out and say that I enjoyed it more than the previous LEGO game I recently played. Marvel fans will get more out of this than me though, with the story in this one for me reaching a point where I really lost track of what the hell was going on, with me ending up only having the fact of needing to take Kang out being my end goal. As always these games offer a lot of replay value, and this one is no different at all, so in terms of value for money I can't really fault it. More enjoyable with a player two mind you.

Pros
Chronopolis is a city that offers a lot of things to do.
Walking and shooting things with the Star-Lord while having headphones on playing Mr Blue Sky.

Cons
The story can get a bit too complicated.
Flight controls are still a little clunky, and camera can play up every now and then.
LEGO Marvel Super Heroes 2