What Does This Button Do?

We've all been here at some point in our lives boys and girls. Buying that gorgeous looking RPG or huge adventure game, playing it for a week or so and then life just gets in the way. What follows is the torture of having that gaming friend who is not human telling us for the following year how great the overall package was for (enter game you're yet to finish), while also making sure that they especially mention that mind-blowing twist near the end, but you know, they can't give you a hint to what it was as you've "got to experience it for yourself" and the fact you would remove them instantly if they ever ruined it for you. Why they feel the need to mention in the first place mind you will forever make them a DI##.

What follows is you and I lying to ourselves every other weekend for a good three years. Promising ourselves that this weekend will be the one where we finally decide to install that game we once sunk 40+ hours into, and you will finally make a dent into actually seeing if the hero we grew fond of all that time ago gets that revenge we once hoped for. Of course, that's after installing 65GB worth of game all over again, and then finding out the game now has 20GB worth of updates too, finally installing at around 10pm on Saturday, which just happens to also be the time your brain is telling you to shut things down for the night.

Sunday morning comes and what follows is the real kick in the nuts, and a moment that plays a role in any game that doesn't have a simple button layout. The game loads into that 40 hour save we spoke about earlier, with our first few moments being us enjoying what is a still a glorious looking game. But wait a moment, it seems you decided to last save the game just before fighting a gigantic boss that requires a deep knowledge of all your weapon skills and magic powers.You look at the screen and wiggle your thumbsticks about just to get a feel of movement and control the camera in the game as this huge boss appears on your screen. It gets closer and lunges at you with either a giant claw or mouth or god forbid deadly fire breath. A cry of "OH Shi#" comes out your mouth as your mind slowly takes in what is happening. You press what you think will be a deadly attack button, but just like the many games before disaster strikes and it turns out it opens up a menu while not pausing the game, or that much-loved dodge roll right into the incoming attack. You look at the pad and let out a cry of "what the hell is the button to block", but too late, this dragon has just tail whipped you 400 foot across the screen and you've fallen off a cliff. You're now Dead.

What follows is a good 20 minutes or so of repeated death, give or take a few breaks of looking at the control layout screen a couple of times, never fully grasping the skills you had on those first 40 hours you put in. If you're weak like me you then you will just reach for the off button with a deep hurt inside as you know this is a game you will only finish if you start the game from scratch, but no gamer is going to wipe away 40 hours of anything, so stop lying to yourselves. 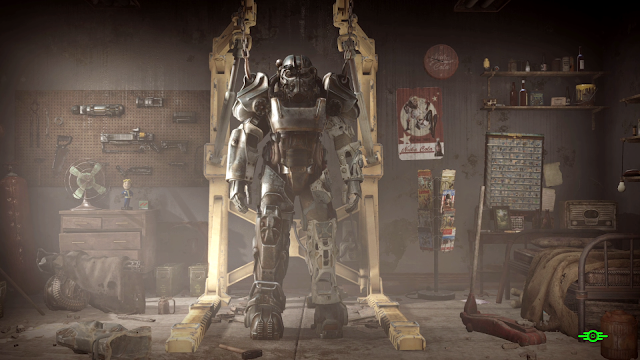 So how do we fix this issue where the casual dip in and out gamer can enjoy these huge experience at their own pace? Well, I can think of two things that every game like this should have, but if you have any to add to this then the comment section is open to you below. So devs out there who are making a game that requires two buttons to fire a magic power, or have a complex combat system please take note, you need to help us out here.

One: A few actually do this already I think but not enough sadly, that's a refresher on how the game started, and a few key things that happened in the time you have spent with the game so far. Maybe an option after loading up your save that asks can you remember what has gone on, followed by a previously like we see in some games. I think The Witcher does this while loading up but in text form, and that really doesn't work for me as it's not giving me enough. We remember that we have a fondness for this character for some reason, but what happened other than the death of a family member or loved one to make us want to kill everything in site, and what is the end goal.

Two: This is easily the most important one of all, just give us a refresher on how to fight and how to use the powers we have unlocked along the way/ Also, if more powerful enemies have also unlocked as we've played then let us face them in a training area for a bit just to get warmed up. What's this power best for? Why doesn't my powerful strike work on that guy with a shield? How do I combat that? How do I defeat the five guys all coming at me with giant swords? All things like this would be great for that gamer coming back into a game they haven't played for a month or so. 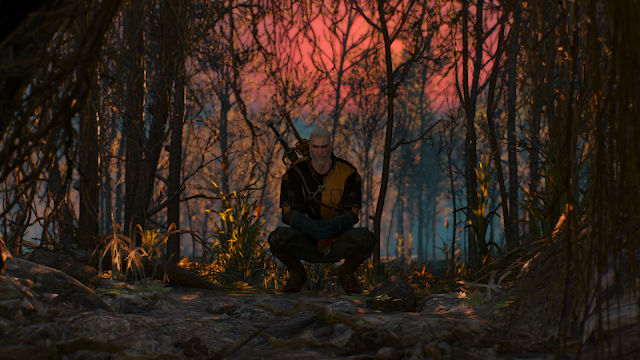 With just these two things, more gamers would not see coming back into a huge game they've spent so much time on previously as a daunting prospect. With hopefully just the refresher of the combat and skills seeing a lot more of us not giving up so easily on a game we would actually love to finish when we have the time to do so. I hate the fact I've not been able to finish great games like Fallout 4, Witcher 3 and so on, but I'm more annoyed that not being able to invest a lot of time into a game over a short space of time like this stops me buying and enjoying all the DLC available for them too, as the 40 hour player in me who was good at the game at the time would not hesitate in spending more money on these great games. So Devs, please remember the gamer with a job, kids, or just the gamer who can't invest as deeply into your game as they would like. In return, we promise to pick that DLC up once we have enjoyed the story you have told us in the original game. Hell, we might even declare our love for you more on social media.
Fallout Forgetting Buttons Rant RPG The Witcher 3