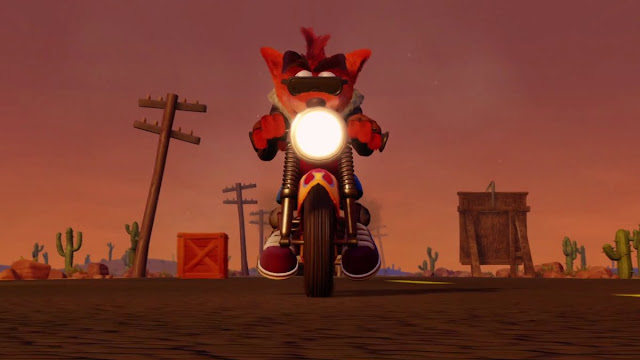 It's been rumored since last year that Crash would finally make it somewhere else other than the just the PS4, but yesterday saw Activision confirming that the Crash Bandicoot N. Sane Trilogy will f be coming to other formats, which of course means the Xbox One.

Crash Bandicoot played a huge part in my growing up playing games, with nothing but fondness when thinking back on this iconic character and all the games he has been a part of (yes, even Crash Team Rashing). I even found myself going to the darkside when it released on the PS4 last year, and I can tell you now, I was not expecting to find the game so damn difficult. So hard infact that some people on the Internet claimed it to be just as hard as Dark Souls. Something I laughed about until finding myself dying constantly on a bridge with only turtle jumps to make it across on the Road to Nowhere level.

While people will be surprised to find out how damn hard Crash Bandicoot N. Sane Trilogy is, this trilogy is easily one of the best re-releases to date. Letting both old a new players experience what is still a decent little platformer even when judged on the current crop we have these days. The game will be coming to the Xbox One on July 10th.
Crash Bandicoot N. Sane Trilogy