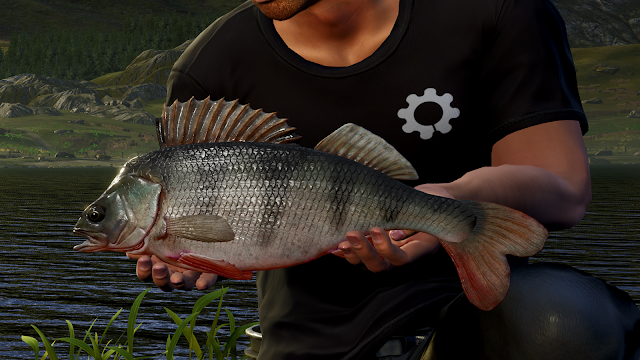 Upon seeing that Euro Fishing was about to see some brand new DLC drop for it a week or so ago, I decided to reach out to the PR guys and girls handling review requests about typing up some words on it. While I never got a code for the Bergsee DLC by itself, I did, however, get sent a season pass code, giving me the chance to cover all four DLC lakes that have joined the game since this season pass became available on the Xbox store late last year. Bergsee was the final DLC releasing on February 13th, with Manor Farm, Le Lac d'or, and Waldsee being the other lakes that make up the season pass. Now, I understand that this short review will only be of value to a small set of gamers, with many of you still yet to sample what the base game has to offer. Hopefully, since the game joined the Xbox Game Pass today, it might bring a few more readers into a game that can be very addictive if given the chance. 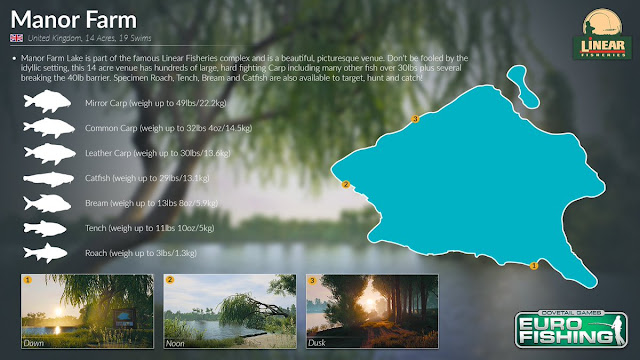 First up we have Manor Farm Lake which is set in the Oxfordshire countryside. This venue is home to 700 carp, as well as Tench, Catfish, and decent sized Bream for you to try and catch. The lake also offers 23 new boss fish to try to catch all with their own look and name, but you will need luck and the right bait and such to hopefully catch one of these. This lake also offers 10 new achievements on top of the standard 1000 gamerscore of the base game, with the likes of missing out on a boss fish, to catching a certain of fish if you wish to add these points to your gamerscore. 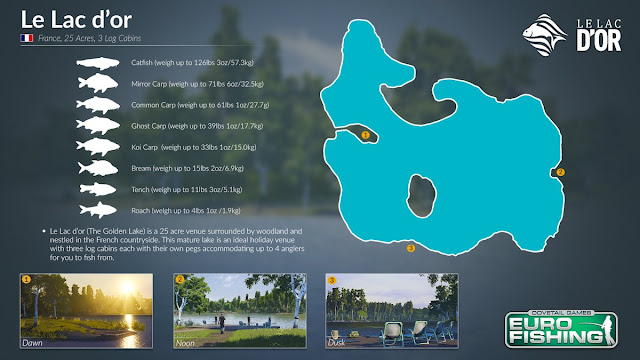 Le Lac d'Or is the second lake I shall chat about briefly, with this one being 25-acres big, and also adding a new fish into the mix, the Koi Carp. If the name didn't make it obvious enough, then I should tell you that this venue is of course set in the French countryside, looking a bit like somewhere you would visit on a Center Parcs holiday if like me you live in the UK. This lake offers Bream, Carp, Catfish, Roach, Tench, and the previously mentioned Koi Carp, as well as 25 new boss fish, and 10 achievements for you to try and unlock. 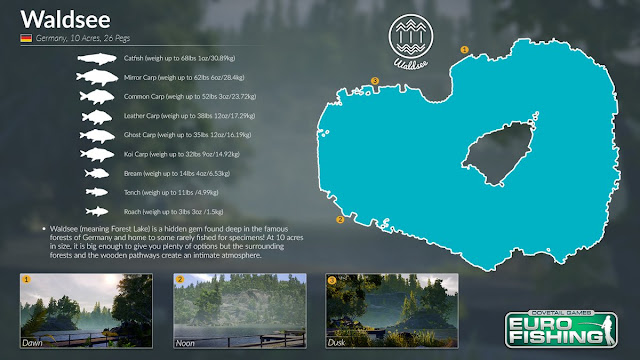 Next up we have Waldsee which is a small lake in Germany. This one offers a lake 10 acres in size, with Bream Carp Catfish, Roach, and Tench all waiting to be reeled in by you, with some of these being in the 60lbs area when talking about both the Catfish and Carp. Once again the lake offers 20 new boss fish and ten new achievements to unlock. 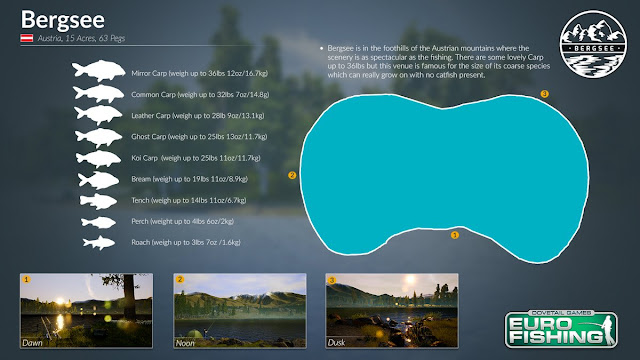 Finally, we have the lake I've perhaps spent most my time on in all honesty, that being Bergsee. This lake is 15 acres in size and is set in the foothills of the Austrian mountains. You have a whopping 27 boss fish to try and hook, with Bream, Carp, Perch, Roach, and finally, Tench to try and seduce onto the end of your rod. Obviously, the Perch is the standout fish in this one, but if you are as bad as fishing as me, half the time you will find one of the other fish on the hook when reeling in your catch. 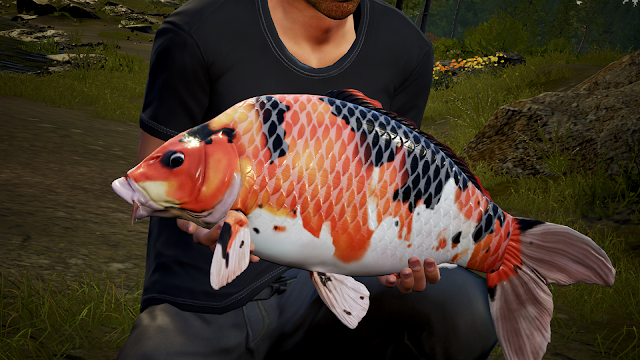 The one downside to all this DLC is that the locations can be somewhat bland, but then again this is a fishing lake they are selling us not an amusement park. You're being sold the location in each of these lakes, but all of them lack anything unique that makes them stand out when it comes to looks at least. Much like the lakes in the base game, you tend to not care about your surroundings when fishing, as your eyes are only ever really looking at the water or the rod selection at the bottom right of the screen. I personally just wish Dovetail would bring a little something extra when it came to the location that made players want to explore a little more, making locations less about if it has a shed on it or a mountain in the distance.

What could you do to make each location a little different? Having my nightly few hours on this last night I had a little think about it, with one idea being to give the lake a tiny quest to find out clues about one giant new fish only found in that lake. Like boss fish, but on a much bigger scale and make the player work hard for this rare catch. Have items such as newspapers clippings out of a fishing magazine hidden around the location that has information on this mysterious fish. What time of the day does it surface? What peg was it nearly caught on last? What bait is it rumoured to like? It will just add something to future locations that will give it a bit more than just having lots of trees or a mountain in the background. Make a competition about it on social media too to see who can catch it first, with those that do so getting some sort of fish related prize. I understand that the lakes in the game are actual lakes you can visit in real life, but this is a game guys, don't be afraid to give gamers something a little extra to keep them interested in coming back to that DLC for a bit.

When checking the Internet out on what gamers dislike about this DLC, the thing I saw popping up most was gamers not happy with the price. Gamers are expected to part with £8.99 for one lake or £28.79 for this season pass. At the current price, they are a bit much for what you get in return, maybe lowering each lake to say £5.00 with the season pass for £19.00 might make more gamers willing to take the plunge. 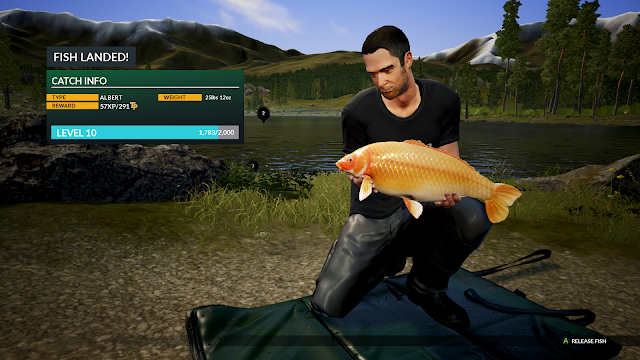 Overall: I love Euro Fishing, I really do. But I can't type up this review telling you to buy this current DLC at the price it currently stands. Sure, it gives more choice to those that play the game on a daily basis and know all about their fishing locations, but you've also got to think about the gamer who might not care about this real lake being in the game, as essentially it's just a different shape pool of water to them. That said, I honestly love my nightly sessions on this with Spotify playing in the background while I wait for a bite. If anything at least try the base game on Game Pass and pick this DLC up in a sale if you want to add a bit more content.
Euro fishing Euro Fishing Season Pass