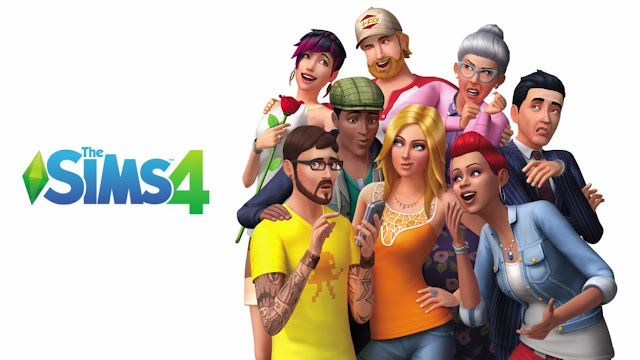 For ages, I begged and pleaded with EA to bring a Sims game back to console, with the memory of my addiction to the last Sims console release being something that has stuck with me since I forced myself to stop playing it back on the 360. While not being as addicted as I have been in the past to these games (hell, look how late this review is going out), the game is still very much an experience unique to the Sims. Yes, there are other games like this out there, but The Sims just does it better than all of them.

If you don't know what a Sims game is there where have you been? To explain it briefly you take control of a Sim/group of sims and their day to day life, with you starting out life with just a bit of cash to buy your piece of land and getting to work on getting your house up and running. After that, it's down to you where the game will take you and your digital self and family.

It's because of this though that any Sims game is a tough review, as yes, while a reviewer can cover all the basics of the game, each player will determine their own experience that they get out of it. Every player will always take a different fork in the road to what any of us reviewers decided to do once the house was up and running, so this review sort of just turns into more of a "look what I did" post rather than things that you people will experience when you load it up. Also, it's hard to turn a review of the Sims 4 into something that isn't a dull read, as I could spend hours explaining all the things you will need to learn, so just know that to get the best from a game like this TIME is the biggest thing you will need if you are looking at picking this up. 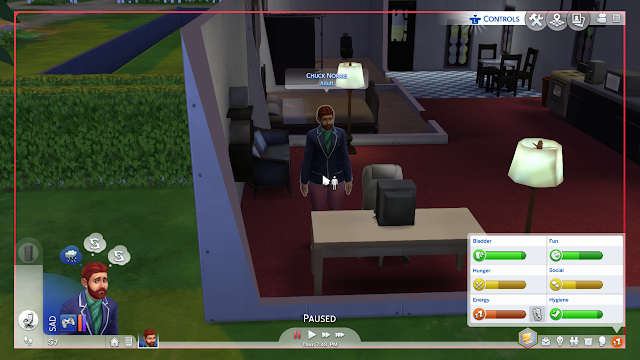 The six main needs of every sim are always the same, will these all needing to be kept at a high level if you wish for your sim to have a pleasant day. These will be the main things you focus in your day to day life as a sim, with things like gaining skills, getting to know other sims, and working just a few of the things you will need to do to have a successful sim.

Bladder: As no sim wants a pool of water between their legs in front of other sims.

Fun: What's life without none of this in it. Watching TV and playing games are just two ways to fill this bar up.

Hunger: Easily fixed by cooking a meal, ordering in a pizza, or wasting money on a chef.

Social: Get out there and socialize with other sims. Or just chat with people on the web or your phone if you're extra lazy.

Energy: Sleeping or drinking enough coffee to fill a swimming pool of coffee will get you through the day.

Hygiene: Obvious this one, as no one wants to be known as smelly Steve from number 62 do they? 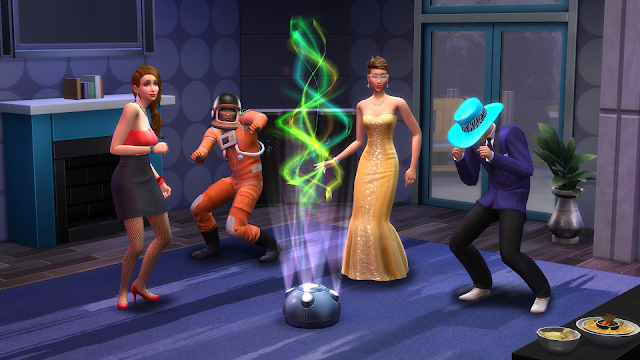 Finding work and just surviving is what turns the game into that play for 10 minutes but find yourself there two hours later experience that you would expect it to be. Numerous times I found myself saying that I would turn it off once this bit was done, only to find myself totally rebuilding a room in my house or doing those extra few days at work just because I wanted to buy a cool looking expensive lamp. This is without talking about gaining skills by doing things, trying to get promoted at work for better pay, or things like romancing that other Sim to start a family. You can also start the game with as many Sims as you like, with an achievement for having eight in a household being one such reason to try it. I did for the achievement, but I struggle with taking control of one sim so It would be a massacre if I had to control more than that.

Another good positive about a game like Sims is you can always have a break and come back where you left off and not be like those other games where buttons are easily forgotten. I left my poor Chuck for a couple of weeks and after an hour we were back in the swing of things of trying to get him hooked up and promoted, only wetting himself twice, which was a bonus. 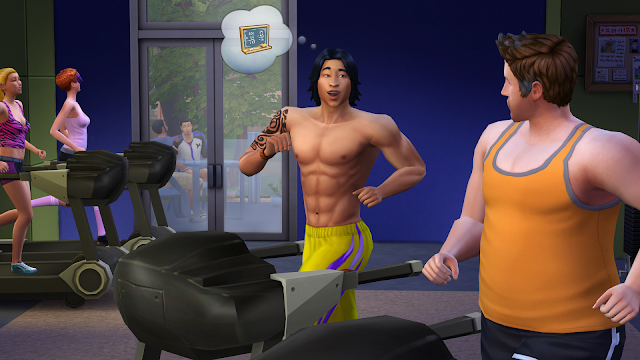 Overall: The one thing that lets The Sims 4 down is the control system, with playing with a controller not being great if I'm being honest. Other than that though the game will suck up many hours of your life if you allow it too, with me just this week saying to the Wife I was popping upstairs for a quick go, to looking at the clock to see it was time to put the kids to bed. So it perhaps good for my own REAL relationship that I put this game down now the review is out the way,
The Sims 4