A review that has seen bigger delays than Crackdown 3 is one way of putting it, with me finally putting fingers to keyboard way after the game released back in November of last year The last week or so has finally seen me wrapping up the campaign and dipping back into the MP and zombies, with the break helping the game out a little when it comes to being a better product, as we know it takes a few weeks for these games to find their feet when it comes to online play.

Any Call of Duty game is met with 50% love and 50% hate, with haters of the series always asking  "why do you buy the same crap every year?" when it does well in the gaming charts. I personally look forward to seeing what the latest COD game has to offer, but I can't deny that the last few years have seen the series sort of losing the way a little bit. I think I said it before in a previous COD review that the people behind them seem to hook on what the latest trends are, with fewer boots on the ground action in recent games, and more jumping around with jetpacks being the in-thing the last few games. WWII takes the game back to where it should be, no fancy weapons or rocket assisted jumps and wall running, just give the player a gun and let them do the rest. 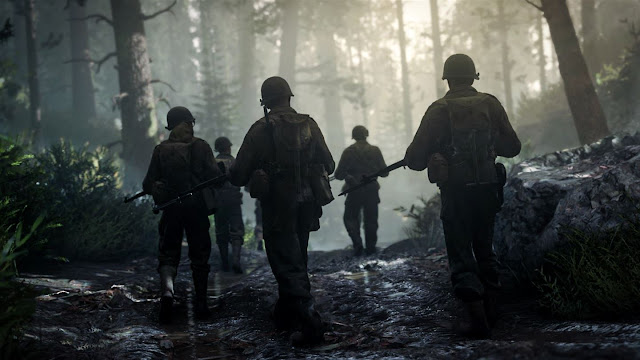 WWII offers three modes of play, campaign, online, and zombies, so nothing new here. With many players normally jumping into the online portion of these games due to fear of not being up to speed when they do get on it, I tend to do the opposite and try to finish the campaign first.

This campaign is all about the brotherhood of yourself and your team going into battle, with things kicking off in Normandy back in 1944, with your first taste of war seeing you storming the beaches. Missions that follow see you going undercover, to taking to the sky to down other enemy planes. The whole campaign has that standard COD feel to it which you either love or hate, only this time by gawd is it gorgeous to look at. Both in-game and the cut-scenes are absolutely gorgeous, with them looking that good I would go as far as saying perhaps the best looking Xbox One game I've played to date. Loading up the D-Day level for example where a load of bullets are flying around your head as you storm the trenches. AI getting mowed down right in front of you, with mud, blood, and water splashing all over the screen. The game does a great job of capturing what it must have felt like at the time, helping you feel something for every soldier that you see get taken out, even when they are faceless/nameless cannon fodder that you haven't interacted with at all.

Set over eleven stages the game sees the collectible side quests we've come to expect from the game too, with heroic actions and mementos to hunt down in each level. Heroic actions can be saving a teammate who is pinned down and fighting, or just making the enemy surrender by looking down your sights at certain stages of the game, rather than just straight up spraying them with bullets. Mementos are just items hidden around each level (normally about three per level) with each one once collected showing up in the campaign menu that gives a little information on it. It also has that achievement attached to it for gamerscore too, so those who love bleep-bloops will get extra replay value hunting these days if not using a guide on their one and only playthrough.

So yeah, overall the campaign is a decent one this year. It does take a few dips here and there, and is nothing new when it comes to how previous campaign structures have set out, but fun none the less. If you've hated these before though, this one won't change that. 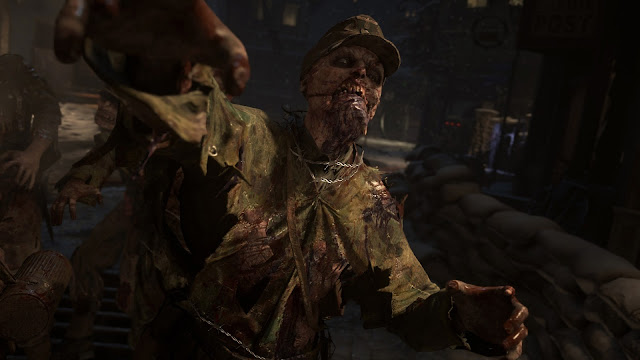 Now zombies, a mode if I'm being honest that always tends to be something I play for a bit and then just put to one side. This time around massive improvements have been made in how it plays, like making it more obvious what is needed to be done for the guy/girl who has no idea what's going on. In previous zombie modes I tended to walk around like a headless chicken, but in this one, I felt like I was helping and not just being a player that needed saving every few rounds. It's still staying alive while progressing through waves of undead attacking you for those that have always enjoyed that about it, just this time a lot more welcoming.

For the player who loves all unlocking stuff and working out mods and things to help their chances in this mode, well all that is here too.  Equipping yourself with consumables too, with things like a handy bazooka or discounts on machines found littered around the level that gives perks and things are all here. This goes over my head in all honesty, and I'm just happy having fun and trying to beat the objectives. Just bloody good fun is the short way to put it. 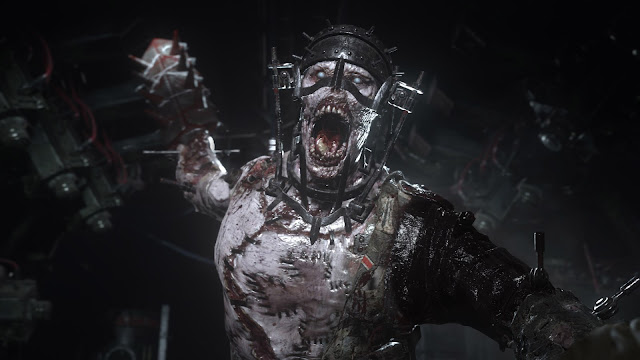 Multiplayer is the last portion of the game to briefly speak about, with like I said earlier, Cod games of recent years losing what made the game fun for so many, with current trends almost forcing them to change it up a bit to stay relevant at the time. Thankfully, COD: WWII sees the old fun return, with the game less about fancy gimmicks and more about the fantastic gunplay that Call of Duty games of old offered.

While modes such as TDM, CTF, Kill confirmed all return, it was finding the brand new War mode in the beta before launch that really got me excited for online. It's a great mode that allows those who worry that they will let their team down and be hit with a ton of abuse in other modes a foot in without the risk of ridicule. Everyone is too busy trying to defend or attack points on the map to worry about what you K/D is, so it lets you just have fun. All the other modes play as you expect, only spoiled when hitting a map that shouts "use and sniper or shotgun" and you spend most of your time being on fire or sniped the second you walk out of your spawn area. Get past that though and COD: WWII MP will offer you hours of fun, with unlocks via supply chest to keep you going, with contracts that require you to complete a certain quest (win so many matches/kill these many people with this gun) to help unlock these. It just makes progressing in the game fun, and messing about in headquarters (think the tower seen in Destiny) just brings something different into the series too. 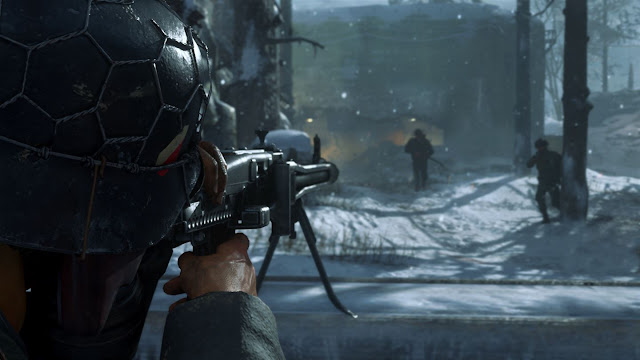 Overall: COD: WWII has been a blast to play, but I can't say it will bring in the crowd who tend to roll their eyes when they see it being spoken about leading up to release. It felt good to play a COD game that was stripped of all the silly gimmicks, as we had reached a point where the market was just drowning in shooters that all basically offered the same experience. The gritty campaign was fun to play through. Zombies is perhaps the best one I've played to date, finally giving players who have no idea what is normally going on a chance. And as for MP, while not being anything groundbreaking, it was just nice to have an online shooter again that didn't need me to be a part-time gymnast
Call Of Duty: WWII