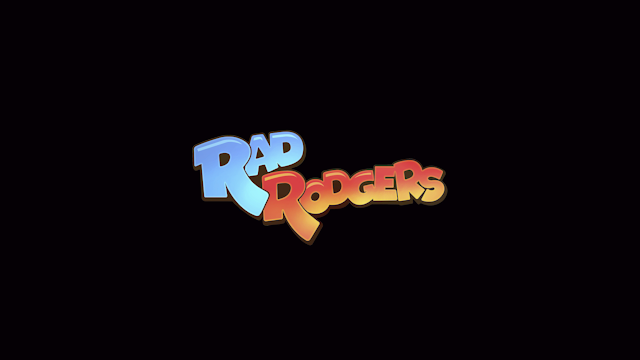 Rad Rodgers has been a mixed bag when it comes to finally getting a review up about it. In truth, I had hoped to get these words out sooner but was unable to due to reasons that will become a bit clearer as this review goes on.

Rad Rodgers is a game that started out life on Kickstarter back in September of 2016, with the team behind it raising a whopping $81,861 from just under 4,000 backers by the end of it all. This saw the game getting a release on the PC just a few months later that year, with the game being called Rad Rodgers: World One, with plans of future worlds releasing for it depending on how successful the game was. Skip to present day and here we are with Rad Rodgers now being on two of the big consoles out there, allowing us console guys and girls to sample what looks to be a great tip of the hat to old-school side-scrolling platformers from back in the day. 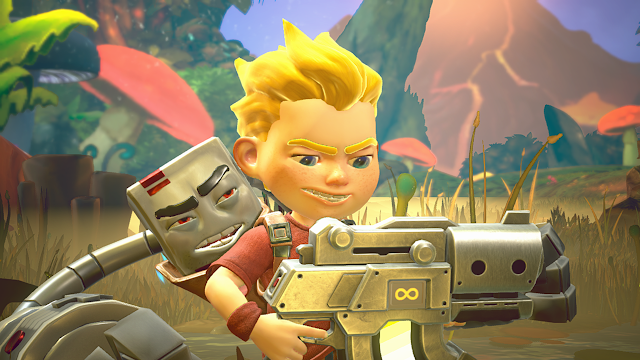 In the game, you play a young gamer called Rad Rodgers, who after playing his console until far too late is told to get off it and go to bed by his mother. Off he goes to bed only to get woken up by his TV glitching out and finding himself being sucked into a vortex in his TV, you know, as you do. Coming along for the ride is his beloved console, Dusty, who sits in his backpack and becomes his wisecracking sidekick, with him also becoming the melee part of Rad's attacks.

When speaking about my first impressions on Twitter when the code came through for this, I found myself mentioning games like Kid Chameleon and Earthworm Jim being games that came to mind. The makers themselves credit games like Conker and Jazz Jackrabbit as games which inspired them to make the game, Games I've never played if the truth be told. I guess all these games have something in common though, that being while maybe not looking the best they make it up for it by being a fun experience, something current gamers tend to forget about while fighting on the internet about whatever latest game is in 4K on their console.

Rad Rodgers takes place over eight levels, with a few bonus (pogo) levels thrown into the mix, and a boss fight too. The standard levels were all fun to play, with each one offering up something a little different from the last to keep the game from getting repetitive. While you can beat each level by just collecting the four key pieces to unlock the end door, the game is all about collecting things and shooting things if you wish to get the 100% mark on each level. Collecting key parts, killing a set amount of enemies, collecting a set number of gems, finding a number of secret areas, and finally collecting a lion trophy are all things you need to do if you want to 100% that level and get the gamerscore that comes with it. 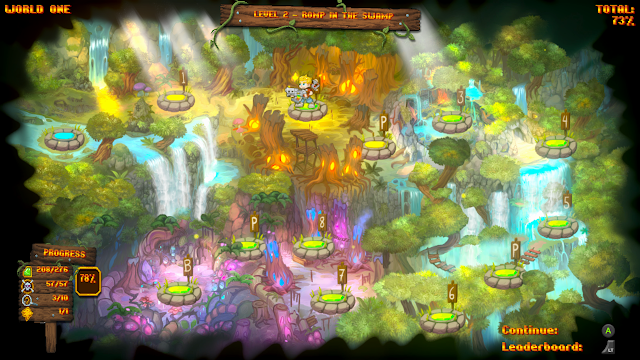 The pogo (bonus) levels are simple to explain yet offer more of a challenge to beat, that said these can be failed and passed on (at least on the easy setting) if you find them too hard to complete. To 100% these you just need to collect a certain amount of gems and beat a set amount of jumps, with water beneath you, you do find yourself only having a split-second to decide which platform you will land on next while making your way up. Water and fire on these platforms will also make you question if left or right is best to go next, with multiple goes at the level making it also become some sort of memory game as your brain tries to remember which side that hazard was on as you try your best to make your way up.

Before playing this game myself I had heard and seen many posts and videos stating that the gunplay wasn't the greatest in it, with a small delay in pressing the button and the bullets coming out. I can't say I had an issue with this myself, with the combat side of the game being easy to pick up and working how you would expect in a game like this. The melee attack is there when you feel like you need it, but enemies are easy enough to wipe out with your gun from a distance once you start working out how the level is laid out. 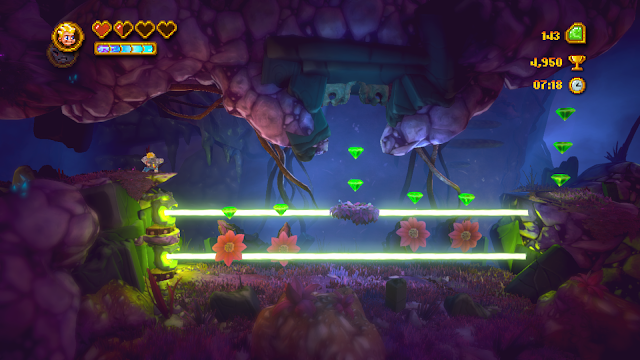 Rad Rodgers is far from perfect though, and I did find myself finding a few things that did stop me enjoying the game as much as I thought I would after the first few levels. The most annoying one was the small glitched sections found in levels that help unlock things in the level to progress further, this can be anything from adding in a new platform to smashing the rock out of a way to open up a new entrance. While the first few were alright if not a little dull once you had played a few, it was the level 8 glitched sections that began to test me so much that I did come close to putting the pad down and not coming back.

Level 8 overall is where the game seemed to take an unnecessary difficulty spike for some reason, taking away the fun almost and making it a game that becomes far too testing for the genre it claims to be. The glitched section in question requires you to join up electric through a maze which also has four giant notches that need to be used. While it looks simple enough from the image below. the thing that made it rage inducing was that these are not really explained that well, with getting so far in it only for the level to end itself when plenty of time was left on the clock. Watching this clip from a YouTuber will show you lot better than my words. With you as a player somehow only getting through it if you're willing to stick it out and keep going. It certainly took a little shine off the game for me though. 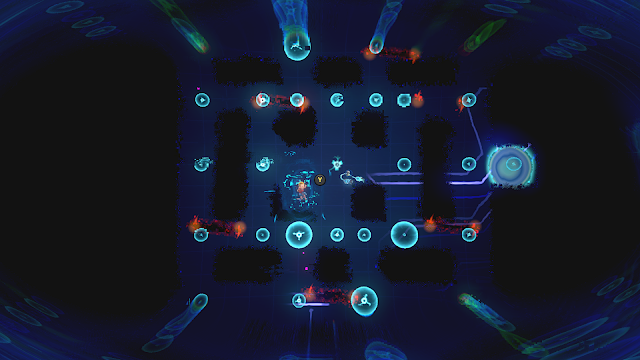 Overall: Rad Rodgers is a great nod to the older games I mentioned in this review. With the early stages of the game reminding me why I used to enjoy games like this so much when I was younger. The only thing that ruins the game is that difficulty spike and also there not being an option to have multiple saves on the go at once, meaning having to replay through the game all over again if you want the achievements for playing on a harder setting, and no option in-game to flick that level between the easier and harder settings if you're just there to 100% the level as easy as you can. Starting a game on a higher difficulty also wipes any knowledge of the level progression and lion statues you have already beaten and got, meaning once again having to collect every single thing all over again just because you wanted to try out the levels with a bit more or a challenge to them. A tad annoying to say the least.
Rad Rodgers