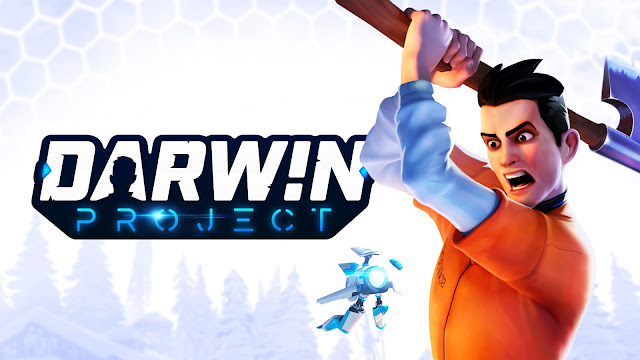 I've kind of held off doing a post about Darwin Project for the last week or so like I had planned to do after putting a bit of time into the game. Having the game since launch and easily able to put in a few words up about it, I always like to give a game which is massively about an online experience a bit of time to find its feet, more so when a game is in early access. I saw people full on reviewing games such as PUBG when it launched in early access, totally putting to one side that these games can improve with each update that it puts out, making that review outdated and wrong within a week or two if the team behind the game are on the ball and working hard at improving the game. While the title of this post says preview, I'd say this little post is just my feelings on the game so far, not a review, just the feeling I get after spending a few hours with the current state of play the game offers.

There is also another a small issue with Darwin Project that stopped me getting this post up recently too, with recent news that PC players can now play the game for free, with Xbox One players still expected to pay the current £12.49 to pick up and play the game. When asking the team what the future holds for us on Xbox over on Twitter I got the reply below. So do bear in mind that this could be days or even months away from becoming free-to-play.


Going off a bit rant on Battle Royale games in general before talking about this game some more, I think going forward almost all battle royale games coming to console should be free-to-play, only expecting console players to buy your game if you have already built up a fanbase on other formats, as that will be the only reason gamers will dig into their pockets for you. Why look elsewhere when games like PUBG and Fortnite already offer players what they want from games like this. Unless you have something that is groundbreakingly unique when it comes to this genre, you will simply have a few good months after launch and then just fall off the map and be forgotten about. Free-to-play lets kids tell their mates to go and try this game out and play with them, rather than saying "oh ask your Mum to buy you this game" with parents already seeing games like Fortnite as the devil, you've got a tough sell there. Going free to play soon after you launch will only anger the fanbase you have already built who gave you money, and throwing a few cosmetics at them for being an early adopter will only lower that anger for some of them. Let me know what you guys think in the comments. Should this genre always be free-to-play? 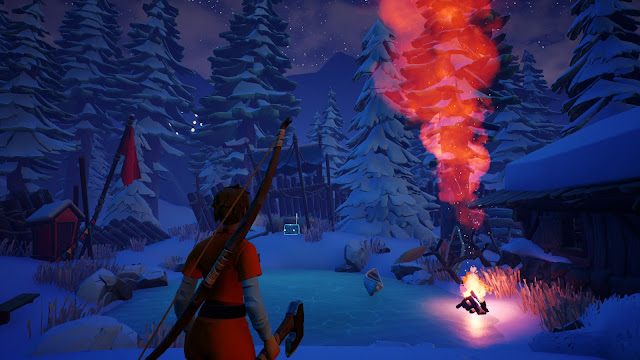 So Darwin Project, what's it all about? The game plays like that Arnold Schwarzenegger classic The Running Man. Ten players start the game, but only one can be crowned the winner, in a world that sees a number of threats that can stop this from happening. While the main enemy is, of course, the other nine players that are dropped into the game with you and the crafted items they can use, the game also has a wintery weather element that is out to take your life too, as well as a game director (controlled by another player, with you able to play this role by choosing so in the menu of the game) who can help or make it hard for you if he/her wishes to do so. Use the tools you build by crafting from either wood, leather, and electronics to hopefully find yourself come out as the champ. Something I'm yet to do in any game of this genre.

The game itself plays like you would expect, only this time the only gun in sight is that of a turret you can craft, with your bow and axe being your goto weapons when going at an enemy and you find yourself light on crafted items. This gives the game an extra challenge, as it turns out that lining up a bow on a moving target is pretty blooming hard, but not to the point where it got me angry or anything like that. It made the game feel a little different to other big games in the genre out there, something that is needed to make it stand out.

Crafting is a massive thing in the game like you would expect, with the crafting wheel (which you open up in the game by using RB) offering four options for you to build things to hopefully help you win the game.

Pressing up on the d-pad gives you arrows, armour, and a fire which you will need to use at some point if you don't want to die by just being cold out there, with your cold meter found at the bottom left of your screen along with your health. This took me out a number of times in my early games, with the game needing a little tutorial of sorts just to get you clued up that cold can actually kill you and not just make your screen all frosty.

Right on your d-pad is your traps and tools, with things like tripwires, bear trap, cage trap, and smoke bombs all here for you to craft and use to try and fight off enemies.

Down on the d-pad are your powers. Here you can expect to find things such as a radar, turret, camo, and a powerful leap that can get you out of a sticky spot. For these, you need electronics that kind of look like a giant tooth when shown on the map when playing.

Finally, we have perks which you can get by pressing left on your d-pad. Three options are here with your axe, cloak, and boots all given a nice little perk in an area when crafting these. Faster harvesting items and crafting when having a certain axe. Boost your stamina or resistance to cold by crafting a new cloak. Or just run faster by crafting some new boots. 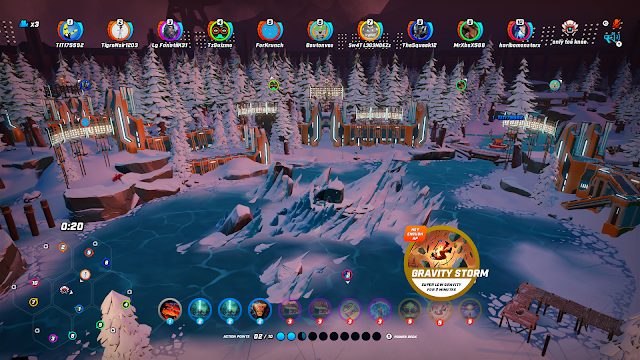 The game offers three ways of playing it currently, with solo, duos (currently in beta), and show director being the options given when loading up the play menu. The game also has a private lobby option too, with players able to join your game and play with you when given the four key password for the game.

While playing on the battlefield was fun and all, I actually had more fun being the show director, having the power to help or make it hard for the players on the ground battling it out. Playing as the show director you ditch the crafting wheel but are instead given points to spend on a menu of things that will either help or give players a hard time when playing. See a guy low and health and see he is fighting a good fight, give him a little energy boost to make his next battle a fair fight. Lower pointed things on your power deck are things like previously mentioned health and also warming up a player who is cold, but there are also big hitters for you to play with too. See a guy just camping it out in one area, well just drop a nuke on him to make him start to move, or not being such a dick and just closing down the zone he is hiding in. Once you've used these powers though you cannot use them ago, so do use them in a way that will make it a fun game for the players, rather than just using the big stuff and leaving yourself with nothing but a healing power when the game is down to a 1v1 situation. Sadly half the games I played never had one of these directors, so if you do pick up the game be sure to give this mode a look.

Overall: While Darwin Project has been fun and offers a lot of promise, the will it won't it go free-to-play thing that is currently going on is doing it more harm than good. Certainly, go and give the game a look via its free trial here, but in terms of buying it I would personally hold on for a bit and see what updates console owners can expect from the game in the next few weeks. Why would you buy something when it could be free very soon?