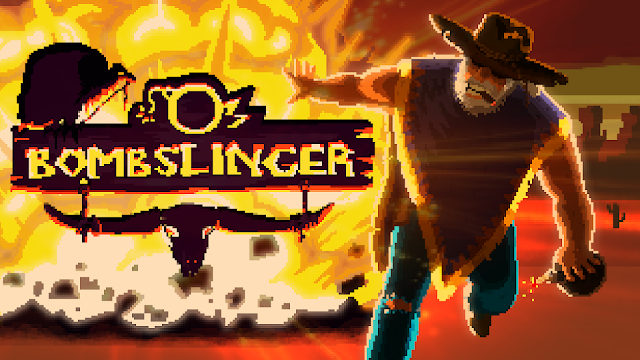 Recently seeing this pop up in the store, I had been keeping my eye on it purely because since moving over to the One my daughter hasn't been able to get her Bomberman fix as of yet, with that game series not seeing a release on the One until June 14th. That begged the question, could Bombslinger plug the gap until then, or would it be one of those reviews that end with the old "it isn't so and so" at the end of it?

This will be quite a short review of the game because Bombslinger lacks any real content that requires a lot of words about them, all being pretty obvious what they are just by the title they are given. The game comes with two modes for you to play. One is the single-player adventure mode which sees you play an ex-bandit turned rancher who is on a journey to avenge the brutal murder of his wife from his former posse. With the other mode being battle which is the standard offline MP affair you would come to expect from games like this. No online play is possible here, so it really is a game that will only have any legs if you play couch local play on a regular basis, or enjoy a good grind if you expect to get anything out of the adventure mode. 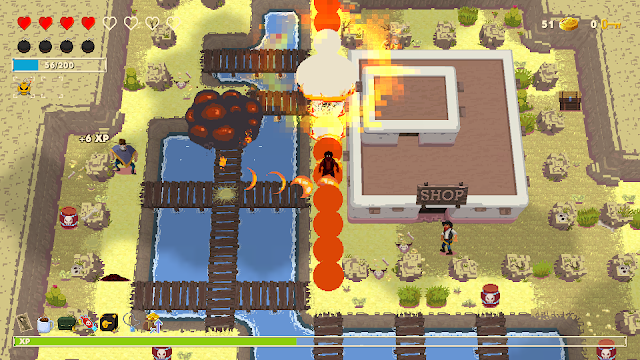 In adventure mode, you work through Procedurally generated levels, with the goal being to work through the levels on that stage to get to the end boss for that area and beat them to move on. You begin each game by choosing your loadout, which at the start only lets you pick one item that will hopefully help you out, as in Bombslinger once you're dead, it's game over, and you must start again from the very beginning. You unlock extra spaces to equip items in your loadout for future attempts by beating certain achievements and beating bosses as you play the game, with things like a longer fuse on your bombs, to being able to kick bombs being just a few things you can unlock the more you play. Staying alive is hard though, with you starting out with just three hearts of energy, only being able to drop one bomb, and your flame being very weak when it comes to the distance that it will reach. Using the items in your loadout can improve some of these, or as you gain XP at the bottom of your screen when beating enemies you are also given a chance of improving these too. Items like your wife's memento (being able to respawn back into the game when you die) and her locket (one extra heart of energy) help out in early tries at beating the game, but you will unlock much more with the time you put in. Making Bombslinger a very grinding affair, something in games I don't tend to enjoy. 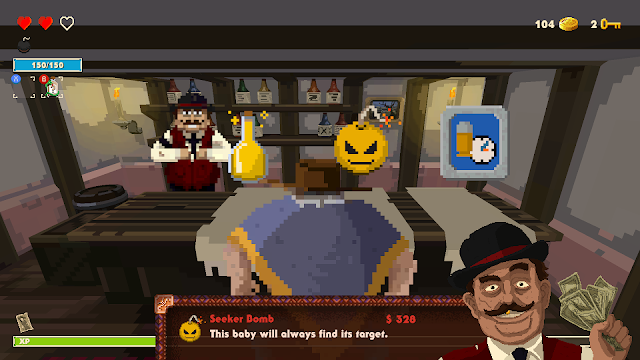 As you play you also find keys for chests that are sometimes on levels too. These chests give you money to spend in stores that you may find in one area, to keys that unlock locked chests that can be found too. Weapons and traps are a thing too, with you able to get yourself a pistol, shotgun, even traps that enemies can walk into. Enemies can also have guns too, and this is where the game can become super annoying if you are one of the raging types. Trying to drop a bomb on a guy who has a pistol can be really hard if they spot you. With you taking damage if they happen to see you and they fire and you are not quick enough getting out the way. The mode is also a grind fest, with the more time you put in and trying to beat the game giving you more of a chance of ever actually beating it, something I'm still yet to do. The game has seven bosses in total (well if the loadout screen is telling me the truth, as I've only been lucky enough to beat two of them). Each one has their own unique attack to try and kill you, with me meeting a goat who charges, a man who threw knives, to another who would turn into a fire tornado and then try to blow fire all over me when coming to a standstill.So least they all offer something a little different. 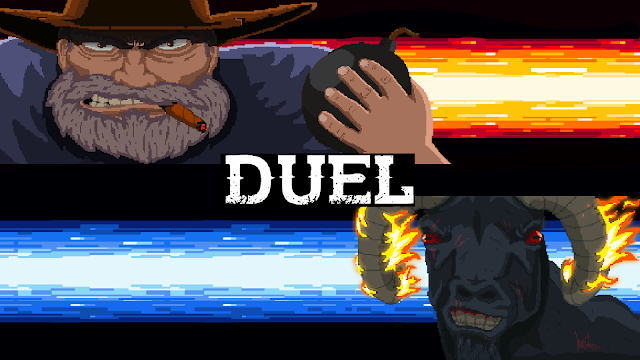 Batlle mode is exactly that, with the chance of one to four players fighting it out to be the local champ, with two game types on offer, deathmatch and last man standing. The game can be played with three other people via the console, or you can tackle the AI if you are a billy no mates, but be warned as they seem to be very good at winning.

Overall: Mixed feelings about this one. While not being a game I found myself feeling like playing for a long time when loading up, it did alright when playing for a few goes to kill a bit of time. It won't be for everyone as it can bring fits of rage as you would expect, more so in adventure mode though, as dying with mates in local play is always a different story as you have a person sitting next to you who just blew you up. No online play will also put some off, as this is a genre that is best played when playing the loved format of playing other people, with an adventure mode being something only some of us would touch just to see what it was about. Much like buying a COD game, you play the SP as it's there and you have to give it a go at least.
Bombslinger