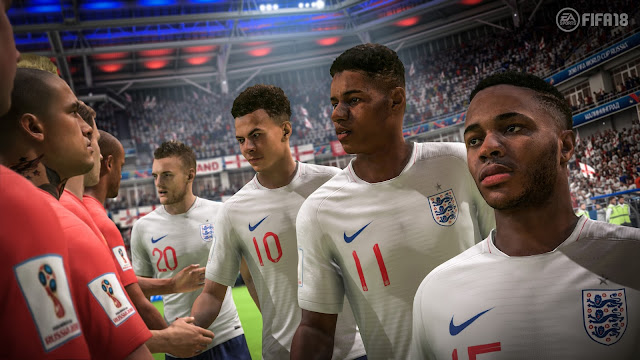 With the football (soccer to you other guys and girls who call it by the wrong name) season coming to an end very soon, attention will soon turn to Russia and the world cup. EA used to release some sort of quick cash-in game back in the day, with the Brazil 2014 release they did being one that stuck with me as not being that bad at the time. This one though will be accessible via a free update, so being free this cannot be sniffed at.

This free update coming May 29th will allow players to play through the authentic tournament experience. This update will feature all 32 qualified national teams (or use the custom option to add your team into the mix if sadly they never made it this year), match balls, stadiums, and the iconic trophy, which for the first time will be rendered in the Frostbite game engine (for whatever that's worth). FUT will also be being seeing some of the World cup magic sprinkled on it too. Not only will players be able to build their dream international squad full of players from all the teams and some iconic players too, but every Standard or Premium card pack purchased in FIFA World Cup Ultimate will grant the equivalent pack value in FUT 18.