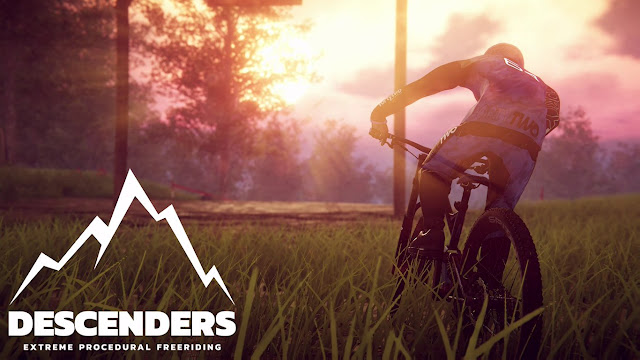 This was one of those games where I saw a stream of it one day and kept an eye on it for when it was coming to Xbox One. That release to the game preview program came back on May 15th, with a bit of time now spent on it, I guess it's time to give my early impressions on a game that will see many updates in the future, making the two hours or so I spent writing this right now outdated by the end of the month.

Descenders is billed as an extreme downhill freeriding mountain biking game, with the game having levels that are procedurally generated for you (normally an instant turn off for me), and having the hefty promise of no game ever feeling the same. Your goal in the game is to beat multiple levels on the four areas that will unlock as you progress through them, with each area having something they call a boss track being the end level boss/track as it were. It's down to you how you tackle these levels, as the game itself isn't a racer or anything like that, something that makes the game not really click until a few hours after playing it. Early doors you will find yourself sticking to the track and trying to complete all the objectives and jumps, but you soon realise the game isn't really telling you that you need to do that. This then gives you two options on how to play the game. Do you stay on the track and tackle all the objects and ramps that will try and get in your way, with the hope of beating the objective the game gives to you to earn an extra piece of health/extra life? Or, do you be a wuss like myself and just beat the track what feels like the cheap way of doing things, by going off track and looking for the finish line in the distance? Well, it feels less cheap once you find yourself flying down the hills at breakneck speeds trying to avoid anything that may cause you to fly over your handlebars until you see that finish line. Beat enough tracks and you will be greeted with what the game calls a boss track, this being a track like the rest, only this time having a massive jump at the end over something like a train or a building (I only ever made it to the first two boss tracks because I suck). Added bonus, beat the objective on this track three times and the game will then let you pick that unlocked area right from the off on future attempts. 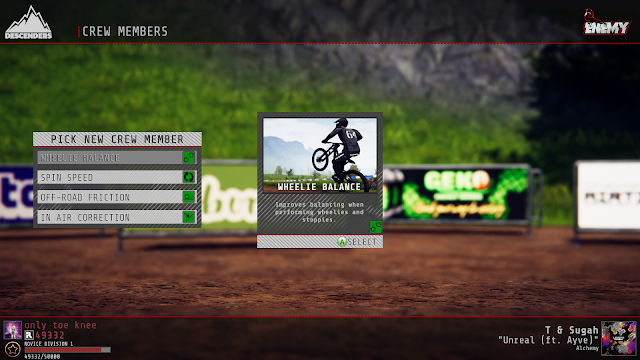 As you play you also unlock crew members, with these being like perks that will help you a little as you try your best to get as far as you can through the four worlds available to you. These crew members offer things like improving aspects of your skill in controlling your bike, to things like making tracks wider and giving each track more ramps and so on. You also unlock stuff as you play and are able to view and equip it in something the game calls The Shed. Here you will find new bikes, helmets, clothing, and hats to customise your racer. I personally went with the chicken head I unlocked by taking the easy route on a boss jump by riding underneath the jump I was supposed to clear. As you can see below, totally worth it.

In terms of looks and sounds, I can't really fault the game at all here, looking and sounding better than I actually expected it too. The tracklist the game has is top quality too, with it matching the gameplay perfectly as it plays in the background and actually really helps in keeping the game chilled when you should really be launching your pad across the room after you fail that boss track the third or fourth time. 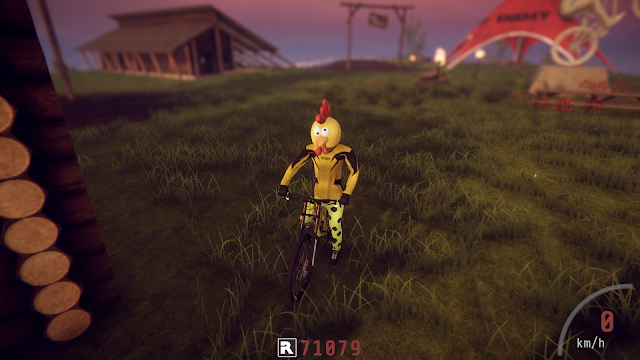 Overall my time with Descenders has been an enjoyable one, with future updates promising some cool sounding things such as multiplayer and skateboards added to the game. It's one of those games where you will find yourself muttering the words "just one more attempt" the better you get and more you grasp the game. It certainly shows a lot of promise in its current state. Fingers crossed it continues to do that as the updates soon start to hit. You can check out an hour trial of the game right now by clicking here.
Descenders. Game Preview Xbox One