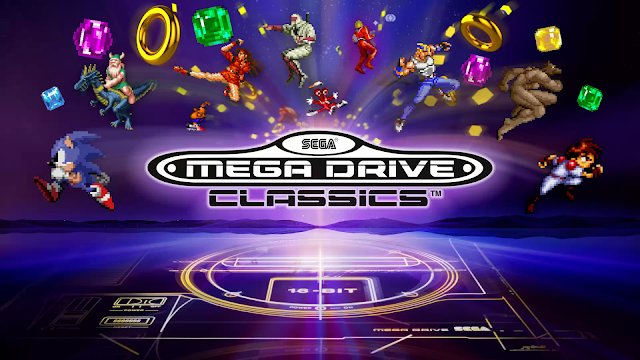 Old school gamers all have the console that got them into loving this hobby they spend so much of their time and money on in their old age. Some of you will be the Snes, or maybe even the Atari 2600 or something even older, but for me, the Mega Drive was the console that took this hobby of mine from something I would do every now and then, to something that became my daily escape for a few hours. I could list a bunch of games that helped me escape from a pretty crappy time back when I was a young kid having a rough time in school. Coming home really down and loading up games like Castle of Illusion, After Burner (neither of these two feature in this collection), and even Altered Beast helped me forget what had gone on for a few hours and actually cheer me up, something games never really get the credit for even now. With people outside of gaming just seeing us as angry people who love playing violent games. Forgetting the fact that games help so many people when they just need an escape for a few hours from what can at times be a tough real world out there.

I was so happy to see this collection was coming to the Xbox One for a few reasons really,  with the main reason being this would be the first time I would be able to play a few games on my console of choice which I hadn't played in years, with games like Kid Chameleon and Sonic Spinball being just two of the games featured in the game that I was eager to revisit again. The collection includes fifty-one games in total, with something here for anyone who has owned a Mega Drive/Genesis at some point in their life. The full list can be seen below, with the whole collection found in the game via the 90's looking bedroom setting that the game goes for. Well, a bedroom if you were like the cool kid at school and not like most of us who had to share with an older sibling and only had a little corner for all our stuff, while they used all the rest of the room. 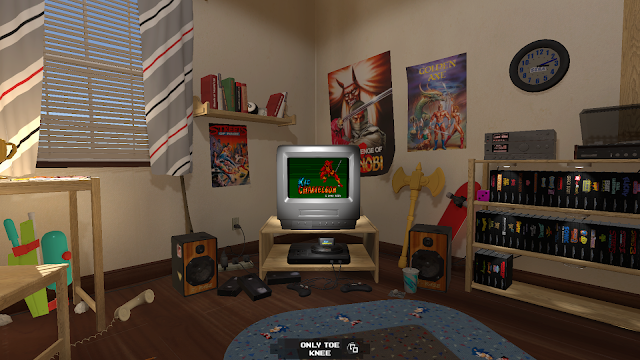 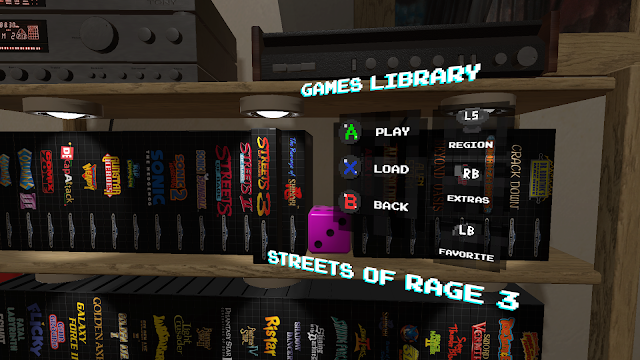 As you can see above the game gives you all your games on a glorious little shelving unit, with some games letting you choose what region the game is from, checking out the extras (challenges on that game/leaderboards), and also just giving you the ability to favorite it which adds it to the top shelf of your collection.

In terms of how they play, the game also lets you tweak things here too, with the ability to click on the console settings and change the pixel scaling, mess about with how the game looks on screen (want the game to be full screen or have those borders on each side for the classic size format). Most interestingly, however, is mirror mode. This lets you play the game but going the other way on what tends to be walking to the right a lot when it comes to games in this collection. Some games also have local two-player play, with some also having online play, although while this is nice feature, it's not something I've found myself really reaching out to use the whole time playing this. When playing a game you can also use the LT and RT buttons to rewind or fast-forward time, a great tool on some games that have some of the longest text intros I think I've ever seen.

The games themselves are a pretty mixed bag when it comes to it. While some of the games have been great to revisit, others have aged pretty badly, almost to the point of you loading them up and instantly knowing it was a bad decision to ever load them up. That said it was great to load up a game and have a memory of it but you had forgotten the name, with Decap Attack being one such game for me.

Overall: The SEGA Mega Drive/Genesis Collection has seen me be able to visit some games that give that lovely nostalgia feeling when you think about them, with others leaving me hoping I'd left them in my head. Not every game here is a classic, with some of them ageing really badly in both looks and just actual gameplay. Thankfully though, the good outweighs the bad, with the collection being a great trip down memory lane for gamers like myself who look back on the console with fond memories. SEGA if you keep dropping more games for this that I want, I will be more than happy to throw money at you.
Genesis SEGA SEGA Mega Drive Collection