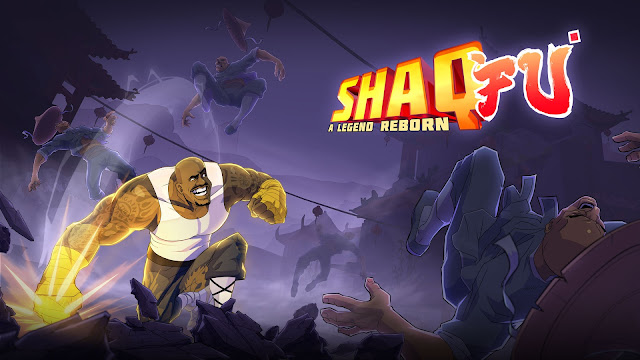 Every now and then a game is released that just happens to have a past that I know zero about, making me feel like I'm that uncool kid on the Internet that knows nothing. I wasn't really a Shaq Fu guy when the old fighting game came out back in the old days, something that may be down to the fact that while seemingly being terrible if you believe Wikipedia (best place for actual fact on the Internet), it seems to be a character or game that was well-loved.  People flooded Indiegogo with thousands of dollars to get this sequel made around four years ago, so clearly, I missed something, but then again people on the Internet love giving money to all sorts of stupid things (my Patreon is coming soon).

The only recent release I could think of when playing Legend Reborn for review was the recently released Raging Justice, with Shaq Fu being like the Saturday morning cartoon version that has that Simpson style humour to it which some will find funny while others will just zone out of it the second it gets going. 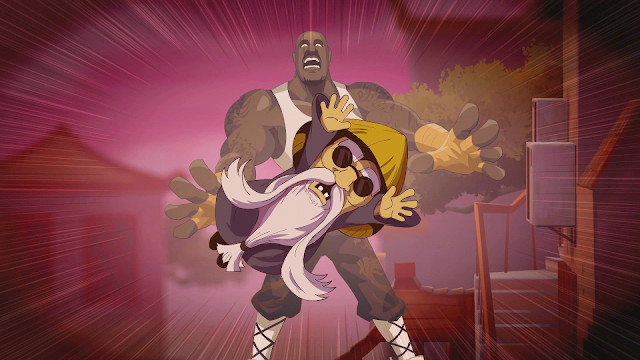 You play as Shaq going through six levels of button mashing fun, with a story you soon grow pretty bored of, as you find yourself going through the standard motions of walking a bit, beating up some people while collecting power-ups, with it all ending with a humorous final boss (I beat up ass cheeks for crying out loud). It's not that this is bad, but just something that can grow dull over time as all six levels stick pretty much to the same layout you would expect from a game in this genre. The levels also go on for far too long, with most of them having about six checkpoints per level.

Each level has a unique boss and at times certain new enemies to tackle, but in terms of the game mixing up things up every now and again, it only really does that when it introduces one of two special pick-ups that Shaq can use for a set period of time. Here the game just seemingly gives you a crap load of enemies to slaughter all for entertainment, which is fun the first few times, but soon enough you feel like they just ran out of things to do to pad out that level a bit. The first of these special powers ups is the Diesel suit, picture like a Big Daddy that can that can speed punch like Superman. The other is an obvious choice of a Cactus suit, because why not. This suit sees Shaq equip a green suit and is able to fire cactus pricks at enemies that dare step in your way. 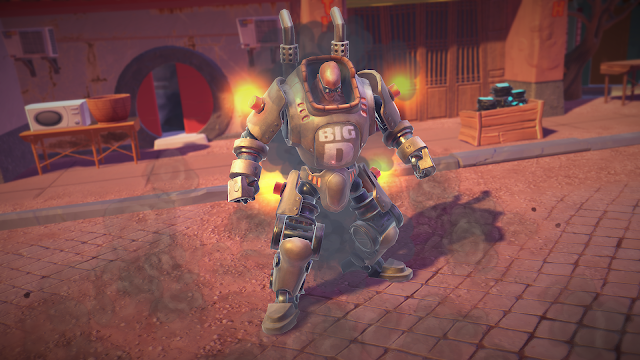 The combat was pretty decent, with the only downside really being a flimsy dodge button that would screw me over on enemies with a long reach, as it didn't quite go far enough on just one roll. Other than that you have a decent array of attacks at your disposal. X is the standard attack which you will be mashing the crap out of when playing, with a press at the right time of an incoming attack also giving you a cool looking counter which will see a cool looking finish move play out. Pressing B gives you a size 22 attack if you built up a high enough attack combo. LB or RB gives you a short little boost which can also group up enemies for an attack, with Y giving you a small special called Shaq attack which will clear the screen of nearby enemies, with this also needing a bar to be filled up to use also. You can get health and all these powers ups to help fill the bars by simply smashing items around you or just by beating enemies, so you will have a decent attack at hand almost all the time.

In terms of looks and sound. It's an alright here. With me saying earlier the game had that whole cartoon setting of those seen like on all the cool kid's TV channels these days. Audio is pretty decent too, with the game having anime style cut-scenes between levels or when a boss is introduced, which not only have decent voiceovers but actually look really nice if you like taking screenshots and you want a decent background if you're a fan of the game. The only downside to audio is the damn intro song for the game, with my brain just wanting to shut down into sleep mode everytime it hears "I'm a Big Daddy, Big, Big Daddy" and the high pitched "let's go kick some demonnnnnn ass". I will not miss this menu one little bit. 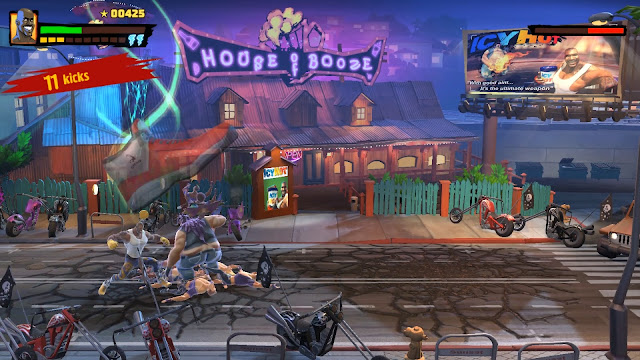 Overall: Shaq Fu: A Legend Reborn falls into that "well, it was alright I guess" category I hate putting games in. I enjoyed it as a one-off playthrough, but it's also a game I can't see myself wanting to load up now the review is out there and I finished it, so very much a one and done. The only chance it has of sticking around is if I find the time to max out the achievements for it, as this is a simple enough task if you're willing to grind it out a bit for two or three achievements. So if you like easy points and a half decent button mashing experience, then Shaq Fu might be for you.
Shaq Fu