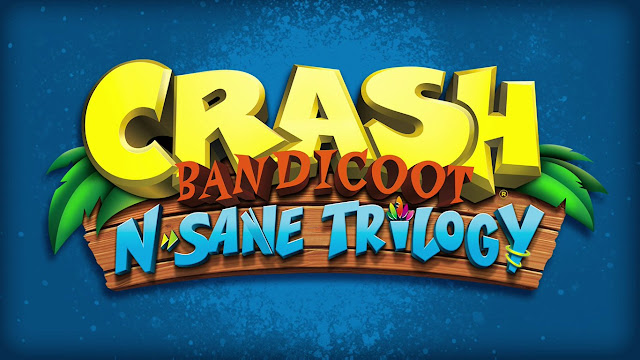 Feels weird typing up a review for this now it has finally come to the Xbox One after those on the PS4 saw it last year, so I've already had that nostalgia trip over there when I dipped my toes into the darkside around the same time. Going into this a second (third really if you count playing the originals) time, I lost the trip down memory lane vibe that most other Xbox review sites got from it for that very reason. Going in knowing that once loveable bandicoot had over the years become a hater of fun is all that I can assume. Loving nothing more than getting the smile on your face when loading the game up again for the first time, ripping it off your face with gorilla tape, and stamping on it and laughing in your face while doing so. He hates you is what I'm saying. Dr Cortex doesn't get off the hook either, as he is mostly to blame for this tortured trip down an on fire memory lane too the total ******* **** jockey.

This N. Sane trilogy gives new players and lovers of the originals a chance to play three classic (to some) Crash games, with everything given a good old spit shine and dusting down to allow it to stand alongside present-day stuff when it comes to looks at least. The gameplay itself is what you would expect from a game that first came out back in 1996, with the whole package of games having a great mix of classic platforming levels that do a great job of keeping you on your toes and mixing things up. Running from giant boulders, jumping on animals to ride through levels, or simply trying to make your way up or across levels that has jumps that will have you tearing your hair out, but also give you that glorious I FINALLY DID IT feeling when you get to the end after losing 30+ lives. This N. Sane trilogy is about as retro as you can get when it comes getting to sample what games us old school gamers loved back in the day when it came to our platform games. 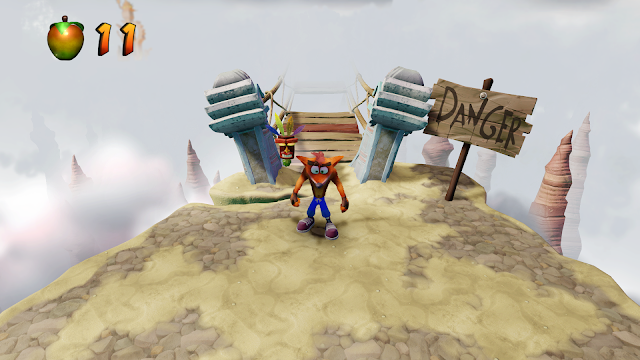 Like I said above the game offers three games, Crash 1, Crash 2: Cortex Strikes Back, and Crash 3: Warped. Working through them the quality of levels, of course, gets better and better, with even the menus where you select what level to play also getting a bit better upon each game. Levels see you spinning, jumping, or running a lot as you play as Crash or Sister Coco in which you must make your way to the end of a level trying to collect and smash a lot of boxes and collect things, but the main thing is just getting to the end of each level if the collecting task is too hard for you. After a few levels you get a boss fight come at you, with these being very simple once you work them out, but at the same time offering a decent enough challenge if you're a bit rusty or totally new to the game.

One thing I missed was just how the game sounded too, with things like music on certain levels or cut-scenes sticking with me all these years, and even the sound effects heard from crash when picking up the mask that offers him an extra hit of damage that I have called ooga booga for all these years. Just for me as a fan of the original games, it was good to hear these all again, and once again just reminded me how much the audio side of a game sticks with you even more than looks and levels as the years go by. Instantly taking you back to days of you in younger days and reminding you of fun days where gaming was less about wars and what run what better, and we all just had fun and enjoyed stuff on whatever consoles we wanted to.

The game also has a massive 3.000 points on offer to those who love adding gamerscore. Some of these are simply beating bosses and little cool bits that old school players will remember doing the first time around (like jumping on this guy below for some lives), but also offering much harder ones that require you to collect a bunch of stuff too for those that want even more gametime with the game. 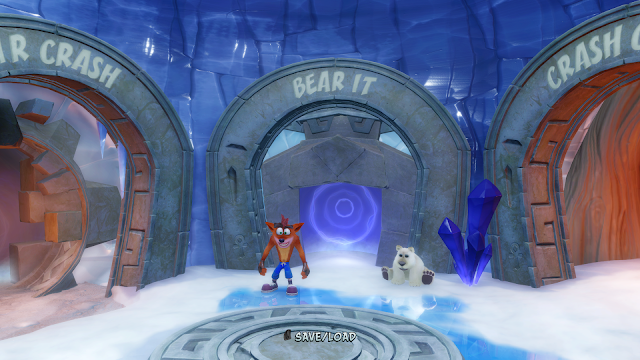 Overall: Crash N. Sane Trilogy is a great trip back to one of the most loved platformers of its generation (Croc still needs a remake though, just saying). Those expecting the cute looking graphics expecting an easy game to complete will be in for a massive surprise, as Crash is no cakewalk, and will make you swear at the TV a number of times (mostly with levels that have rope bridges and turtles). Looks better than ever before, and sounds that will remind you of younger days of sitting in your room. Crash for me is still loved, even if he has sent me more bald and grey in the last few weeks while playing him. A loveable twat is how he shall be remembered from now on.
Activision Crash Bandicoot N. Sane Trilogy