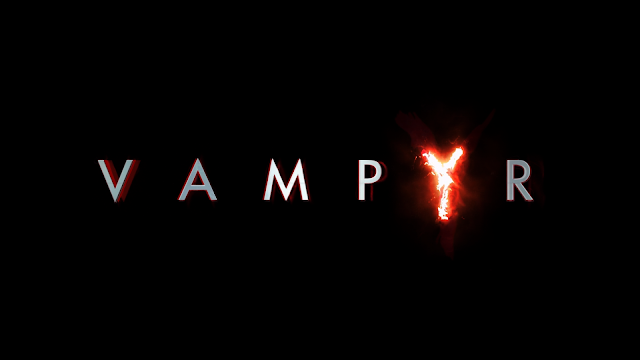 My my my, it has been a while, hasn't it? A brain that tells you everything you type is utter poop will do that to someone trying to be creative, but none the less I need to crack on and start getting this review list whittled down to lower digits, with Vampyr being the first one to get the treatment.

Much like the recent State of Decay 2 review (read that here to boost site numbers, thanks), Vampyr has been one of those games where it has had my brain doing bloody somersaults when it comes to making my mind up on how I feel about it now I sit on about 40+ hours playtime. Once again it was one of those games that require a lot of bloody explaining before getting down to what is simply you playing a sort of vampire who goes around trying to find a cure to a plague that has hit 1918 London, while also coming to grips with dying, being brought back to life as the previously mentioned Vampyr (hence the name of the game), quenching your need for blood on your Sister very early on, and also just wondering who did this and why. 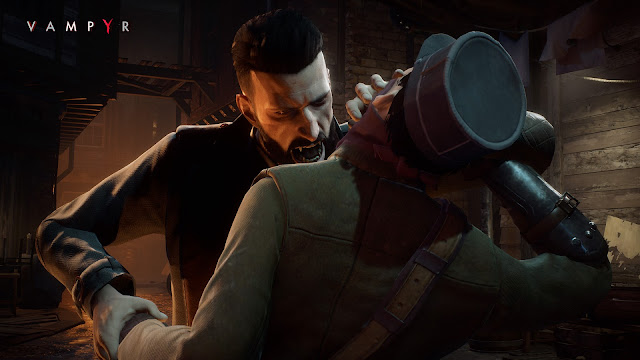 The game itself is a mix between a budget feeling Witcher game with a combat system that has hints of Dark Souls. A mix that will have some loving it, while others will give up on it in the first few hours, as certain instances of combat between the bigger enemies and bosses can really be frustrating, even with the game promising you that the more you die the easier the game will become on every "you have been defeated screen". I've died a lot in my time with it but did slowly start to get better and even found myself starting to like it at one point in my playthrough. Not being scared when I would see more than one enemy coming at me, with me thinking I might actually be able enough to pull this off and take them down the further I made it into the game. That said after some more time passed I did just find all combat growing rather dull and boring, bosses and even the small groups you come across not really differing from the last. Making almost every fight seem exactly like the last one and not really doing anything to make you want to get involved in a battle with anyone. Finding myself just using sprint on the groups that are littered around the game just because it would slow ther game down and be a boring couple of minutes and take away from the task at hand.

The other downside here is the setting itself, with the place not really being that enjoyable to explore or even make your way through to reach each mission. I mean yeah, sure it has a plague and deadly monsters going around trying to eat the locals, but try to make the place somewhat enjoyable to explore a little, not just going around a corner and thinking "oh crap, there is another bunch of people to fight". The most annoying thing was, without doubt, the constant loading screen though, with me only needing to step what felt like a few steps before being hit with one. It just made having to travel somewhere a boring and frustrating experience, with the end goal most of the time being a mission or task that felt very much like the last. 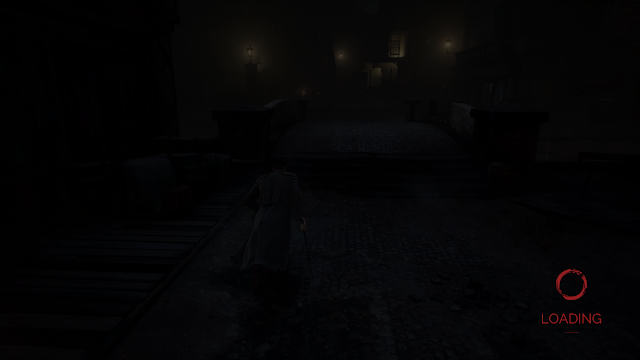 The game is very interaction heavy too, with you being given the choice to interact with a bunch of side characters who all have a few options to them. Helping them back to good health is obviously  the first port of call here what with you being a nice doctor, but unlocking certain chat hints also ups their blood quality, so when mesmerising them (fancy way of saying feasting on their blood for upgrade/evolve points) you get a bit more XP from them for doing so. XP can be used by going to sleep in a hideout and offers numerous things that you would expect from such a menu. More health, stamina, cool special powers, you know how these sort of things work. Killing people also affects the area you are in too, with all areas having a health status to them upon entering them. Starting at sanitized in some cases to the more unfriendly hostile, get things to this state and the area will be a lot harder to explore with a lot more enemies around wanting to kill you.

All this never really affected my time though as I'm not one of those gamers who can kill a character in a video game just for the reason of killing them, so this side of the game only happened to me about twice (even though the menu is telling me I killed six) in my time with it. Afterwards, it felt like not that much had changed now I'd killed this person for some blood. So maybe I was missing something there. It was just a side I never got pulled into, so was something that in turn never really made me care about the people I spoke with. 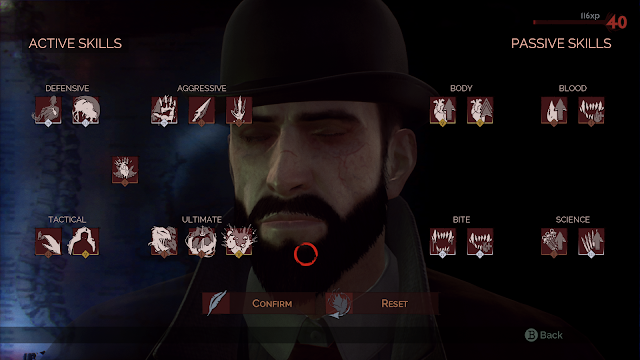 Overall: Vampyr was a game that looking back on I would have easily bailed out on at around the 5-hour mark, purely because the combat was frustrating and it didn't really do anything to make the game interesting to play or actually just make me want to carry on. Missions and local investigations sort of merge into one another, with each one being no different to the last, so in turn makes it feel like the story isn't really going anywhere and making much point. Sure it has a few twists and turns along the way, but by then I was just over it and just wanted to get as close to beating the game as I could. Constant loading screens when just trying to get around have been my biggest peeve mind you, just making getting around feel so slow and boring, even more so when it's followed by a door and another loading screen that takes a further minute to get to where you need to. So yeah, might be worth checking out if you think you might enjoy Sherlock Holmes meets a budget Witcher with that Dark Souls combat. Otherwise, just move along
Vampyr