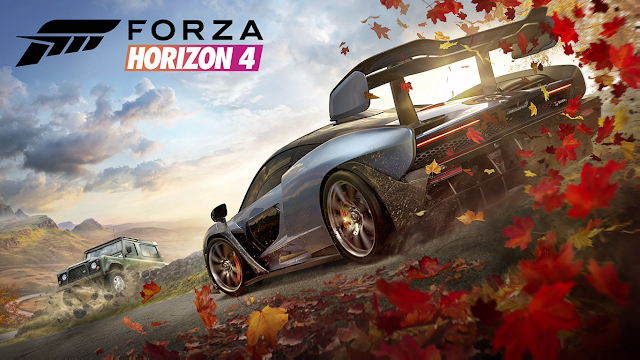 Over the last few weeks, it has been mental. I've tried my best to play a silly amount of games and get a review out before yet another big release hit, and the term struggling is an understatement. Here we have some words on Forza Horizon 4, a game that if you follow me on Twitter will already know what you will be reading for about the next two minutes. It's a bloody fun game innit?

I'm a big fan of the Horizon series purely because it trims away the serious side seen in Motorsport, gives you a decent sized map to explore and drive in, and it also lets you take loads of pictures like you're some sort of top end photographer for a car mag. Many of which will litter this here review, because why bloody not? 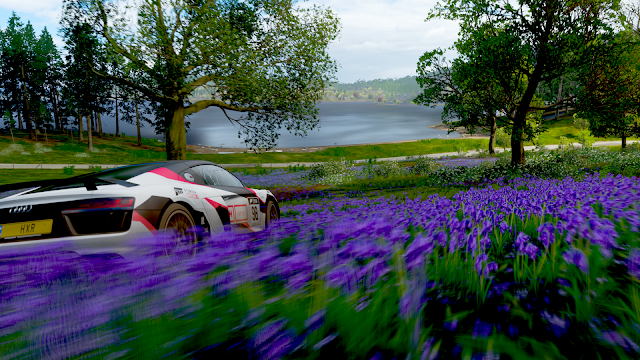 Listen, I'm not going to sit here and tell you that FH4 has changed the series massively since we found ourselves flying around Australia, as in truth it really hasn't in terms of how the game plays or how it feels when flying down a road at 200MPH. Forza Horizon is pretty much the premier open-world racer on the Xbox One and FH4 sticks with that trend, with it offering the normal quality we've come to expect from it when it comes to the series. Set in the UK this time, you soon find yourself surrounded by a lot of sheep, fields, quaint villages with every house having old people inside enjoying tea and crumpets *might not be true* 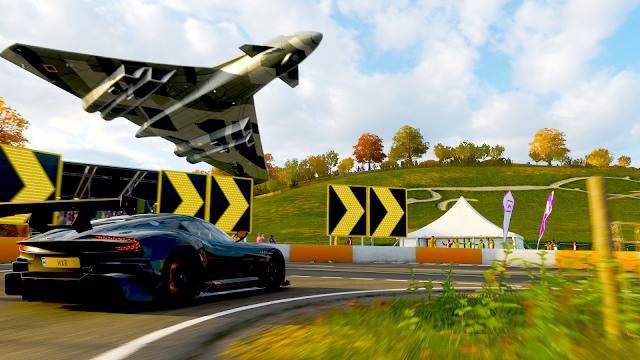 FH4 offers a lot for you to do once you get going. Kicking off with its standard showcase like event which most of is played in the demo, soon enough the map is just littered with everything we've come to expect from a horizon game. Dirt races, road racing, stunt driver events which see you having to perform a set feat for a director (normally driving fast and not crashing, or a big jump). Season events that only happen when a certain season is underway. On top of this, you have showcase events which let you race things like trains, planes, and even jump in the driving seat of a Halo Warthog. And that's just the tip of the iceberg, with the game offering a reason to explore once again with barn finds, influence boards to find, and houses to buy. On top of this all the standard massive jump zones, speed zones and loads of other reasons that will see a quick gamea quickly go turning into an hour later and your social feed full of images that would do well as a CV for you to present Top Gear. 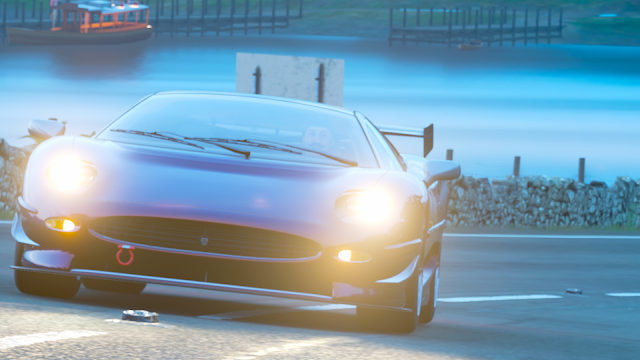 Multiplayer is here too, of course, with this still being a bit hit and miss for me when it comes to being something I see myself using a lot. While it offers a few modes to take on or play along with other players, I guess the biggest side of the mp that I've used has been the Forzathon events. Meet up at the blimp once you are warned of an event nearly starting and soon you will have a bunch of you trying to complete challenges like a set jump distance, getting a certain amount of speed accumulated, and things such as that. Beat this and get some Forzathon points to spend in the store. You can also unlock points by completing small challenges and weekly ones too.

Unlocks play a massive role in the game and give you something to look forward to getting and adding to yourself or your car to make yourself a little unique. Create a livery, add a fancy horn from something like Sea of Thieves, to just getting new items for your character to wear, or celebration move at the end of a race. Ranking up and getting influence will make all this possible. You can buy some of these via the store mentioned above, or by unlocking them via wheelspins, something that isn't really new to the series at all. 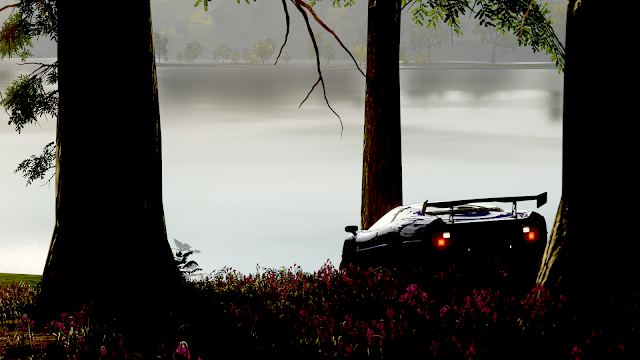 Finally, Photo mode. Well, where do I begin? Forza is such a beautiful game that if you have a soft spot for taking photos you will be in your element here. Like I said earlier, all images in this review are ones I took myself. Some taking a few seconds, to others taking a few minutes to set up and get just right, but it adds a different dimension to the game. You can be flying around doing crazy jumps one minute, to seeing a lovely spot and losing ten minutes on getting a good shot maybe longer if you're good at it unlike me. It's just so much fun, and something I can see myself using for weeks to come whenever I get time to load the game up.

Overall: Forza Horizon 4 will tick all the right boxes for the Horizon fans out there who want a new setting, in terms of bringing anything new to the series, I don't feel it does. This, however, isn't a bad thing, as FH4 still throws enough at both the pro racing guy to a novice that will make them want to stick around, and with the game on Gamepass, you really have no excuse to not give this game some time and fall in love with its beauty like I have for the last few weeks.
Forza Horizon 4