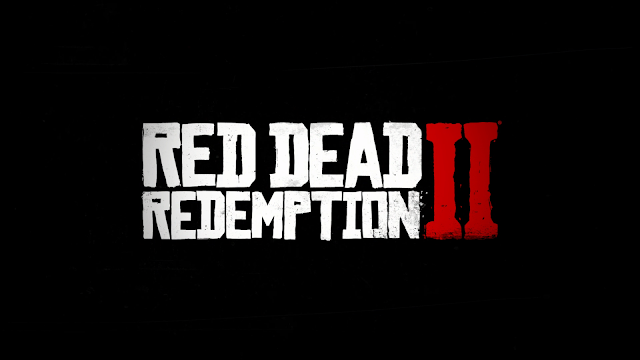 As we settle into the busy period of massive releases with Xmas just around the corner, reviewers around the globe (mostly those without a huge team) are sitting in dark rooms, rocking back and forth as they try their best to keep up with the barrage of massive hits coming at them from every angle. Red Dead is one of many games that require a silly amount of time to experience everything it has to offer, with the single-player campaign alone promising 60 hours of playtime, and that's not even taking into consideration the multiple other things all over the place to take your mind off the story. I'm 56 hours in on chapter three and it still feels like I'm finding new things on a daily basis.

The game sees you playing the role of Arthur Morgan, an outlaw who is part the Van Der Linde gang, led by a guy by the name of Dutch, an outlaw with a heart it seems in the hours I've spent with him so far at least. The story which unfolds in the form of a heavy tutorial based opening, which will see you getting annoyed with snow and slow-moving Arthur, thankfully opens up once out the way and blossoms into a game that offers a beautiful landscape to explore not at the pace of a sloth. 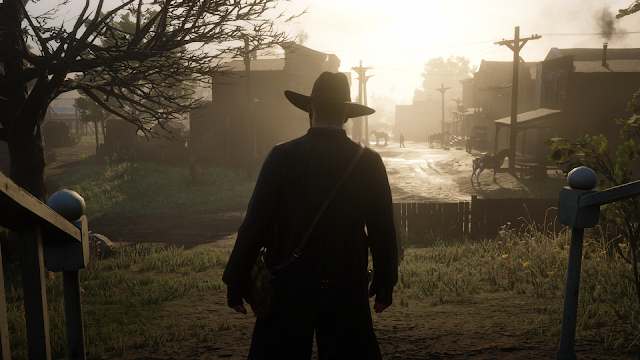 If you played games like GTA you will know Rockstar games offer so much more than just a story, with RDR2 no different. Challenges in story missions to try and beat, side missions, hunting, strangers to meet, random experiences that will take place as you explore what feels like a massive map, for me are what makes RDR2 an experience everyone needs to get around to at some point.

If you follow me on Twitter you will have seen the sort of side story I've been making myself with the game (even the Wife asking about it, and she hates everything gaming), that story being the how long could I keep my 80's themed Rainbow horse clan alive, as they had a habit of dying in stupid ways. Poor Zippy being the first one to suffer the fate of death, with a deer-skinning incident going horribly wrong which saw him taking a train to the face (witness that massacre here). From here on in we had Geoffrey falling down a tiny cliff (shush, I was not in control of all these horses dying) and acting like he had taken a shotgun bullet to his back legs. Running for miles to buy a revive potion only to be told he was dead upon doing so. With the game not allowing the name Bungle for some reason, I currently find myself with Freddy, one part of the threesome that was Rod, Jane, and Freddy (Google in young kids). I also have George and Rod on standby, but Freddy is special, as for some daft reason I decided to buy him for $450.00 from a stable, with horses found all over the map and once tamed can be added to your horse clan, paying for one that really isn't that special is one of a number of stupid things I've done so far in my time with the game. 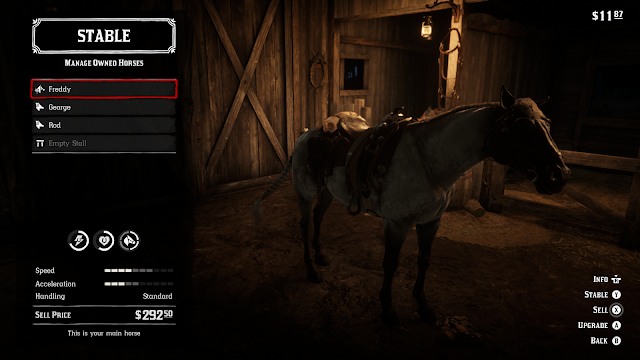 On top of horses you also can find equipment (fishing rod is all you need to know really) to use, guns to buy, gangs to discover and take down, and this is just the basics, with the game offering a whole lot more which can see just a quick 30 minute go easily turn into 3 hours later and you not really progressing anywhere in the story at all.

In terms of controls, well here is where RDR2 is a mixed bag for me, with things like combat working fine for me, but horses tend to have their own ideas loving nothing more than faceplanting into trees when on a slow gallop, to just loving diving over rocks and sending you flying through the air. Can be a tad annoying, but you do just kind of find yourself laughing at it when it happens, as it just funny seeing poor Arthur flying through the air mumbling stuff to himself as he dusts himself off getting up. 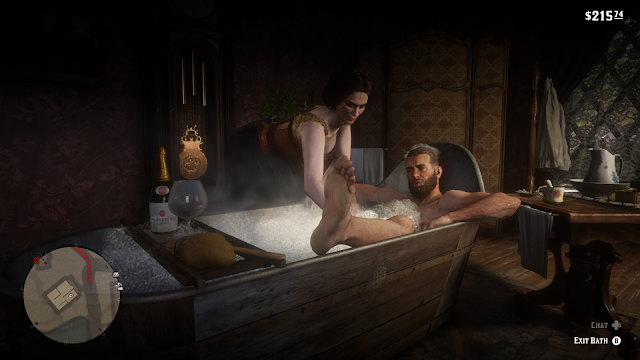 Overall: RDR2 is easily one of the best games released this year, offering loads to do, which in turn obviously means great value for money. Sure, story missions tend to be the standard go here do that and go back, but like I said earlier, the actual enjoyment of RDR2 comes from the stories and adventures you will make as a player. Moments you will instantly want to record, or photos you will want to share with mates as they won't believe you otherwise. Seriously, just search the RDR2 hashtag on Twitter and you will find yourself laughing out loud at some of the things people have gotten up to outside of the standard stuff the game offers. I don't really need to sell RDR2 to you at all, but buy it if you haven't already.
Red Dead Redemption 2