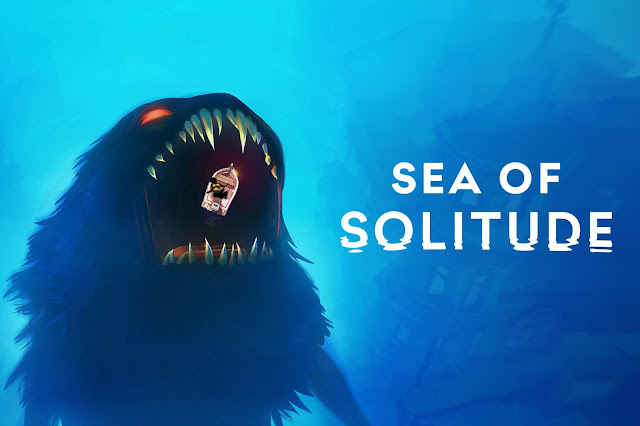 A few weeks ago a game released that I had totally forgotten all about what with homelife being a bit frantic recently. I remember seeing Sea of Solitude shown off at E3 last year and thinking "oooooo, looks right up my street that" so once I saw tweets appearing on my Twitter timeline a few shorts days before going off on holiday I jumped right over to my EA contact and got asking about a review code. Truth be told I finished this a few days after getting it, but with previously mentioned holiday with the family that weekend, this review has had to wait a little bit.

In Sea of Solitude, you play a character by the name of Kay. Drifting out at sea in a small boat, you awake to find yourself in stormy seas with a beacon of light you only hint forward. The feeling I got very early on was that of a small indie release that I played a few years ago called Submerged. Now yes, while Submerged was hardly a classic, it has the same sort of exploration on both water and land seen in Sea of Solitude, The difference, however, is SOS is a lot darker, touching upon subjects and issues that games are featuring a lot more of late, that subject being mental health. Now, I can't sit here and say that everything SOS spoke about via what the game calls monsters hit a nerve with me, but to explain which ones did you kind of have to tiptoe into spoiler territory with this, something I'm not a big fan of when it comes to games that are best experienced by the player, and a not a buffoon reviewer just going through what the game offers with a spoiler-filled sledgehammer.

Let's just say each "monster" has a close connection to Kay, and each one has you completing that portion of the game to free them and you of whatever was troubling you both. One section had me in tears as it hit a nerve about about a time around my younger days, with another part of the game having one of the monsters say certain things that I know I've said myself and close people to me have said when in a rough part of their life, so hearing a game say the same was somewhat a shock to the system and realisation that maybe you are not alone when feeling a certain way when you're down on your luck or going through a rough period in life. It just hit home with me, so for that, I have to say I really enjoyed my time playing through it all. 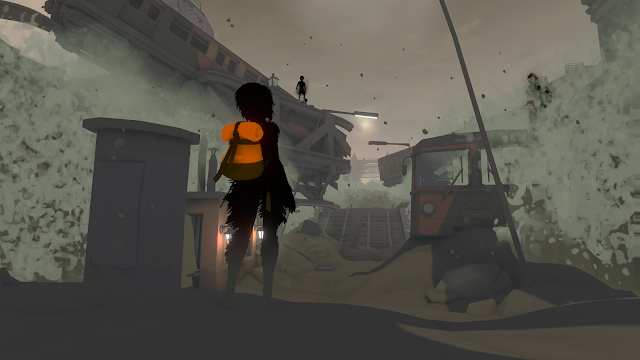 The story itself plays through twelve chapters, well eleven really, as the last one is not really a level. The chapters are split into chunks ranging between one to five sections, with these having the option to be replayed after completing via a section in the main menu. Handy if you want to mop up some of the collectables on offer in the game. In terms of how long it took to finish, I'd say easily under ten hours, but I kind of split it up over two afternoons and I also went out of my way to explore a little bit.

Looks-wise it's alright, but nothing to write home about. It does what you would expect from what other than having the backing of EA would be classed as a smaller release. There are parts when the storm is in full swing or a certain part of a level is really well put together that does feel great to play, but the sea itself when free of the monster that lurks it can also feel just an empty void of not much being around to look at while you make it to your next destination. 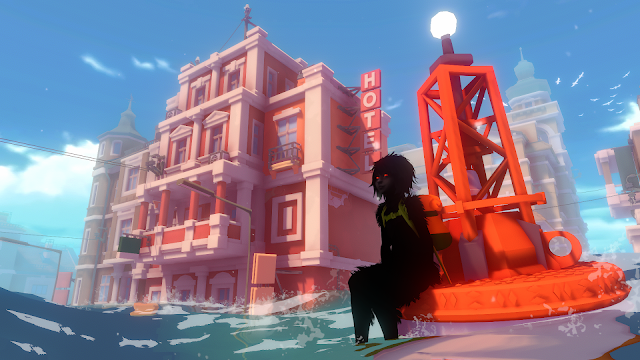 Overall: While the review is pretty short and basic, that's more so you go into the game if picking it up and not having it spoiled for you. Behind the few words I gave SOS I hope what you got was that it's a decent game that covers the subject in hand very well, and the story is perhaps where Sea of Solitude comes out strongest. The game itself is very much a once and done experience bar the collectables in the game such as bottles and birds to find. After that, I can's see a reason to return the game.
EA Sea of Solitude