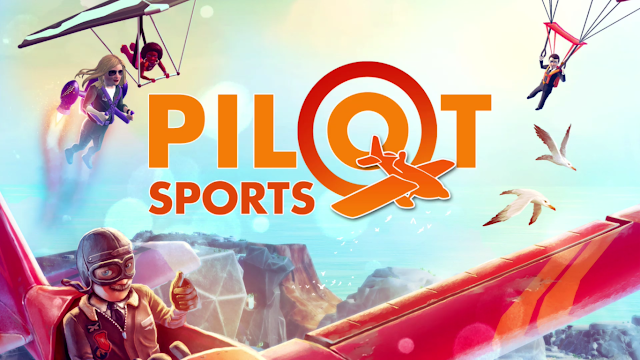 What feels like many moons ago (back on August 6 to be precise), a game popped up on my Twitter timeline and I thought that it looked like it needed my eyes on it. That game being Pilot Sports, a game available now and priced at just £16.74 over here in the UK. The reason it caught my eye was just by looks, as just look at any images used in this review and if your brain doesn't say PilotWings then you and I are of a different age, and to be quite honest, I don't think we can ever be friends in the outside bubble that is the Internet. PilotWings on the Super Nintendo was a game I lost a fair few weekends on when fully starting to sink myself into all that is gaming. Much like Pilot Sports, it wasn't the best-looking title back then, but it just offered gameplay that was both a challenge and also threw in enough fun to want to keep coming back for more.

What does Pilot Sports offer? Well, not much in terms of content would be my honest reply to that, starting off the review pretty much how you expected it too I guess. I mean, to be honest with you here, I'm not going to say I've found myself losing hour upon hour in this at all, as that would be me telling porkies. I've done a few hours though. Enough to know that it just doesn't have the pullback of the game I went in hoping it would be, and also, it's just a very basic game when you start digging into it. 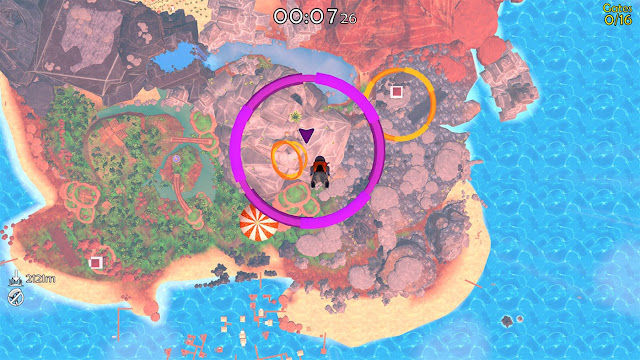 Starting up you've given the choice of some odd-looking characters to take control of, with myself being drawn towards Mr Tom Selleck (look him up young ones), as who wouldn't want to be flying around the sky in a Hawaiian shirt with a kickass moustache. As far as any kind of tinkering with your character, that is it. No change of clothes, no hair changing, just pick this man/woman and play the game. 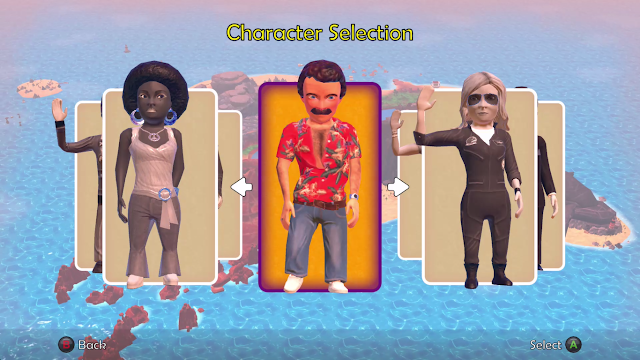 The game has both single-player, and also local play which offers up to four players, each offering levels which require to use such things as Planes, jetpacks, hand gliders, and parachutes to earn medals on. On the single-player stuff you must do a certain task to get the medal, so say, jetpack to locations or pick up items then race to the finish line to hopefully score high enough to win a medal which in turn unlocks more level packages as the game likes to call them. With the first package open for you, the next one requires 5 medals to unlock, then 13, 22, and finally 35. Sadly as a single-player guy, the games themselves were not fun for me, being a more frustrating experience with all the things you must control having a clunky feel to them when trying to control them. Most notable on jetpacks or gliders, just being a frustrating time and losing the fun when you get to the end and realise for some reason you've done everything that was required, or so you thought, but still not being good enough to earn the medal you need to move on, so have to go back and try it over and over again. It got to a point where I would play for 20 minutes, get fed up with and just turn off.

In terms of looks, I mean it's okay. I got what I expected after watching the trailer. You're not gonna load this up and be blown away by any means, but it works for what the game has on offer. 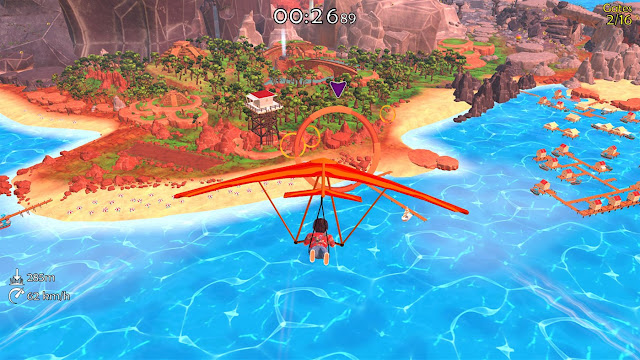 Overall: Pilot Sports will attract people for the look it has, thanks to the classic game that is PilotWings, but the comparisons end there. While it might be fun trying in local play with a mate, the single-player out there won't hang around for long upon loading up, and for over £16 I can't really sit here and type it's something I would say you must go out and get right now, as for that price it just doesn't offer very much

Review code was provided for this review
You can find the game on the Xbox store by clicking here.
Pilot Sports