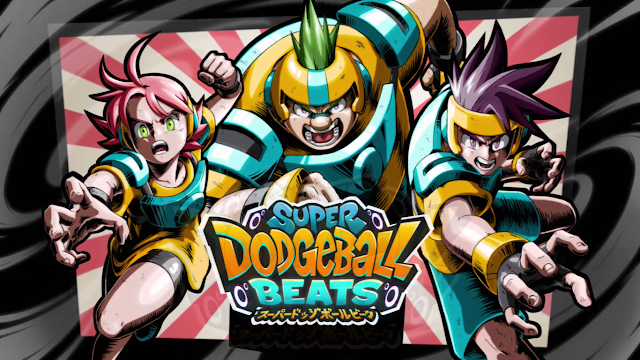 I find myself once again reviewing a game that normally I would have overlooked, with the final review being all about how I fudged up in deciding to cover this, or it has me finding out I unearthed a gem that hardly anybody has heard much about in the weeks since release. The fact this is like a month after release and I sit here scratching my head on how to get this review to longer than a few sentences, should tell you all you need to know.

So Super Dodgeball Beats eh, where do I begin?

For those that don't know me, I can tell you now, music games that require pressing buttons to match the beats have been a massive part of my gaming upbringing, Bust a Groove, Vib-Ribbon (he counts right?), Parappa and his rapping, to others like Rockband Blitz. Games that just require to press something to match a screen prompt, I bloody enjoy. Seeing Super Dodgeball Beats on Twitter, I was all for it. Adding in dodgeball was a weird twist, but I was in thanks to how bright and coulourful it looked. And surely it was bound to have catchy songs that would stick your head, right? 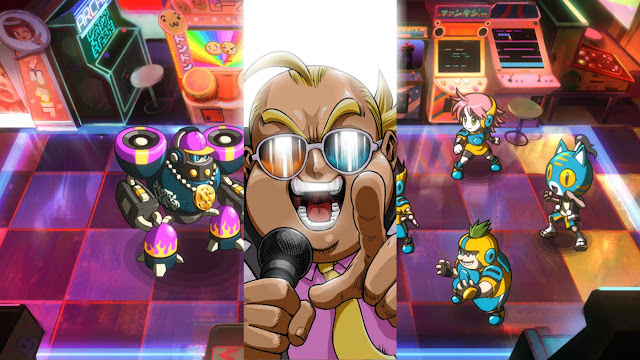 Super Dodgeball Beats could be an easy review where I just go, not much to it really. Press some buttons as you play other AI teams in a game of dodgeball that never actually happenes, hoping to reach the playoffs and then win it is pretty much it. Just typing it sounds a process that goes on for far too long. Just imagine having to play through it. It just lacks all over the board is all I can say really. The league portion just trying to get to the playoff portion drags on far too long, with the games not offering much other than a few different ways to press a button, as well a few power-ups and mascots along the way which hinder the other team seeing what they have to press. If you even make it to the playoff sections of the leagues I will be surprised, as the game just doesn't really change from the first match you play. Sure you face different opponents, but your eyes are just locked on your side of the screen waiting to see what you need to press, so anything that may look nice going on around you will only be glanced at for a few seconds.

The point of each match is to end with the dodgeball on the handy meter on the top of the screen on your side. Obviously, start missing button presses for whatever reason and your opponent will take it over to their side of the bar as they try to beat you. Like I briefly touched on a second ago you can stop them doing so by using one of the few power-ups at hand and which you unlock more along the way. This can be things like a doughnut covering the base of their character so they cant see when exactly to press their button, to an energy drain which fills up your power-up bar rather than theirs. Mascots just seem to up the chance of getting a certain power-up, but to honest, I'd lost interest wondering what they do by this point.

The game also offers local MP an option I never tried out in truth, but this will be more of the same only not the game playing but someone sitting next to you. This might up the fun a little, but only for a short while. 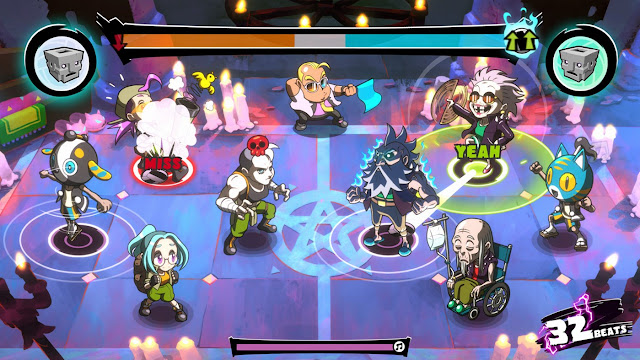 Overall: A very basic music button presser that doesn't really offer that much for a single player, but might offer a small amount of fun if coming in from a night out or something. Once you've played one match you pretty much know what the game will offer from then, as from that match forward nothing really changes, even music sounds the same even though it isn't.
Super Dodgeball Beats