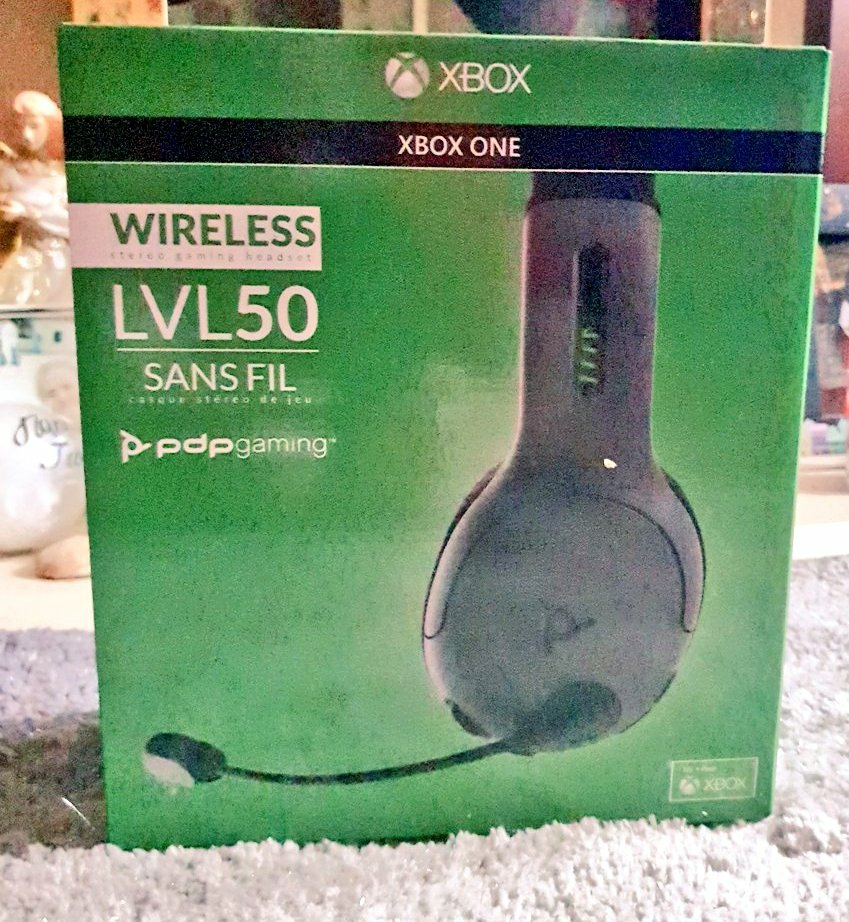 What feels like an eternity (in reality a month or two, okay three months ago, I'm sorry), PDP were kind enough to send me over a LVL50 Wireless headset to review. Truth be told it came at a great time too. Well a great time as in a perfect time that a headset is needed, what with the busy Xmas period of new games being flung at us all from every direction. On top of that, my wired branded pair from another company had seen better days. So before I even got going using these it was fair to say I was over the moon, just not in the right frame of mind at the time to put my fingers to good use and tell you all about them. Until now that is.
Myself and PDP go way back. Covering multiple pads and headsets, to their more unique items like their Pixel Pals range and their gorgeous Gears of War replica lancer I got sent to me. Writing about their stuff I've found that they don't mind bad feedback. Over the years I've praised stuff they've released when it deserved it, but at the same time also been honest with faults that some stuff they released too. The fact they reach out to me still should tell you a lot about them as a company. Also, you can't really blame them as I am bloody lovely too. 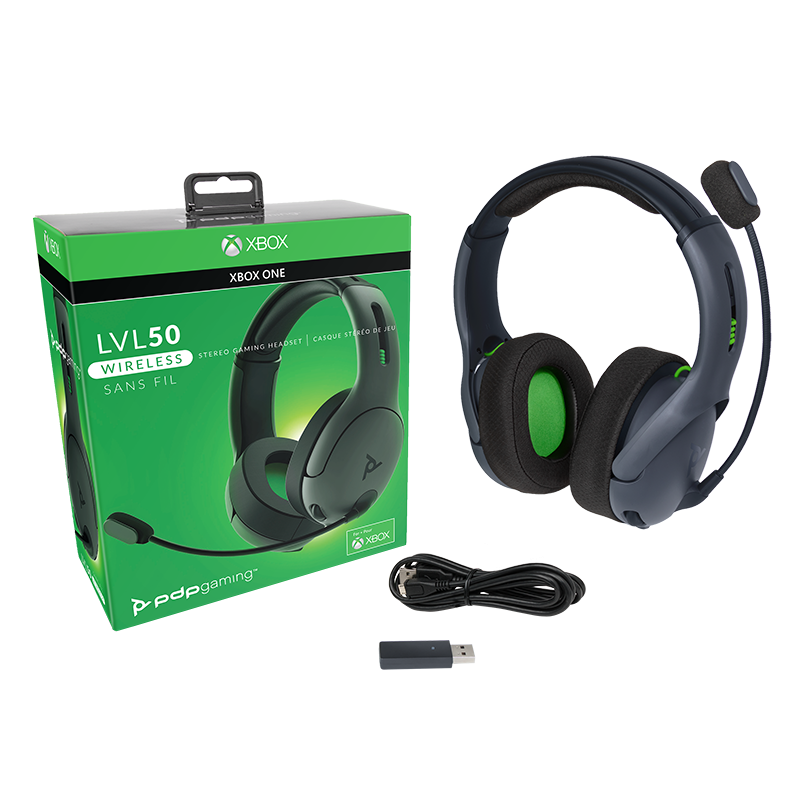 So the LVL50 wireless headset, what does it offer different from any other wireless headset to those of you out there looking at picking up a new one?  I mean not much honestly. This review will see me covering the standard headset things, as in terms of standout features the LVL50 headset doesn't really have anything different from the norm. That's not saying it hasn't been a bloody pleasure to use though, so hold your horses before you stop reading and just think that's all you need to know. While not having anything out the norm or any flashing lights to speak about, the LVL50 scores well where it should do.
I always talk about three things when talking about headsets. Those three things are quality of the headset itself, sound/mic quality, and just how they feel to wear once the initial tightness goes away.
Headset quality all round scores well, having all the normal things we've come accustomed too on any headset. The headset might have a plastic look and feel to it outside of the earcups to some other headsets on the market, which might put some of you off, but the headset is still very flexible to an extent, by which I mean it can bend a lot. It sadly does lack the feature of headphones that swivel, so when having a quick toilet break or taking them off to talk to family you can't take then off and have them sit nicely onto your chest without having massive headphones sat under your neck. From the actual build of the headset that would be my only real gripe with them, and a minor one at that, but needed mentioning. 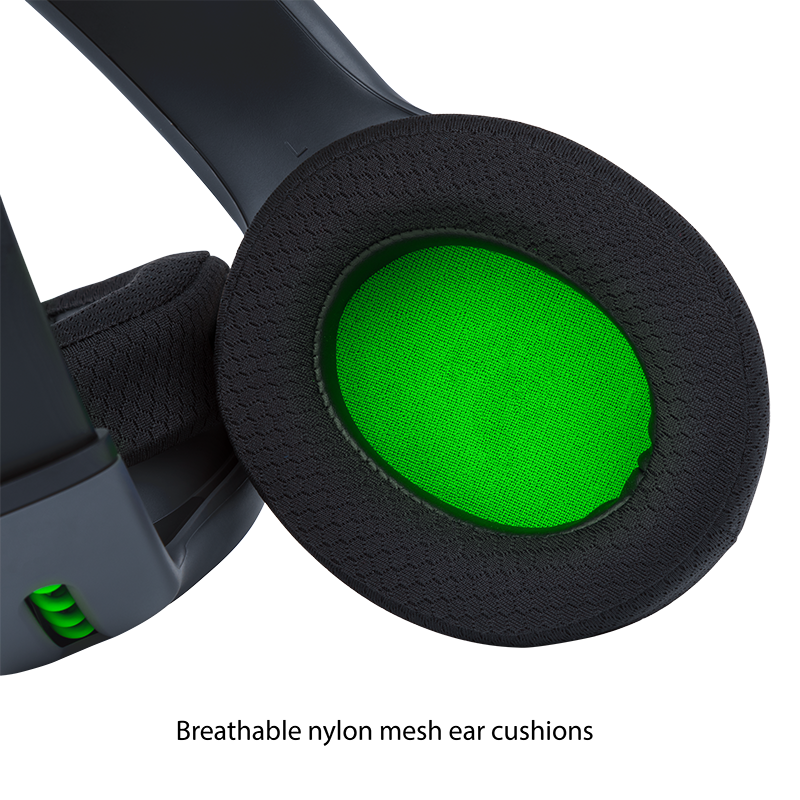 I did like such things as the permanently attached mic that can be pushed up to both move it out the way when not needed or just to mute the mic when you was using it, with a little beep in the ear just to let you know you was now muted or unmuted too. Most of the buttons you will need for sound are found on the same headphone as the Mic too. One dial decides the mix of game and voice. You have the on and off button, with two buttons under it offering different modes, those being a bit clearer speech or a bass boost. Both of these doing a good job too. You also have the charge port on this headphone too. The right headphone simply has the master volume dial, slightly annoying if your a lie down gamer who has to tilt your head to the right, but once again not a huge deal.
In terms of sound I can't really fault it both on mic or game sound. When testing the mic in a party while having a game of Fortnite with my Son I asked him stuff like if I was clear enough? Was my breathing coming through annoyingly? Did it sound tinny? All of which he gave nothing but positive feedback on.  On top of this game sound was nothing but great for me. Everything being crytal clear and giving meaty bangs when it needed too. Once again nothing but good here.
Now how comfortable they were, and I have no complaints. The earcups themselves are spongey enough to offer maximum comfort, with my only gripe being them once again not really being that friendly when it comes to those of us who wear glasses. Not that they are super uncomfortable because of this, but if you tried gaming with many other headsets wearing glasses these offer the same annoyances here which is a shame. 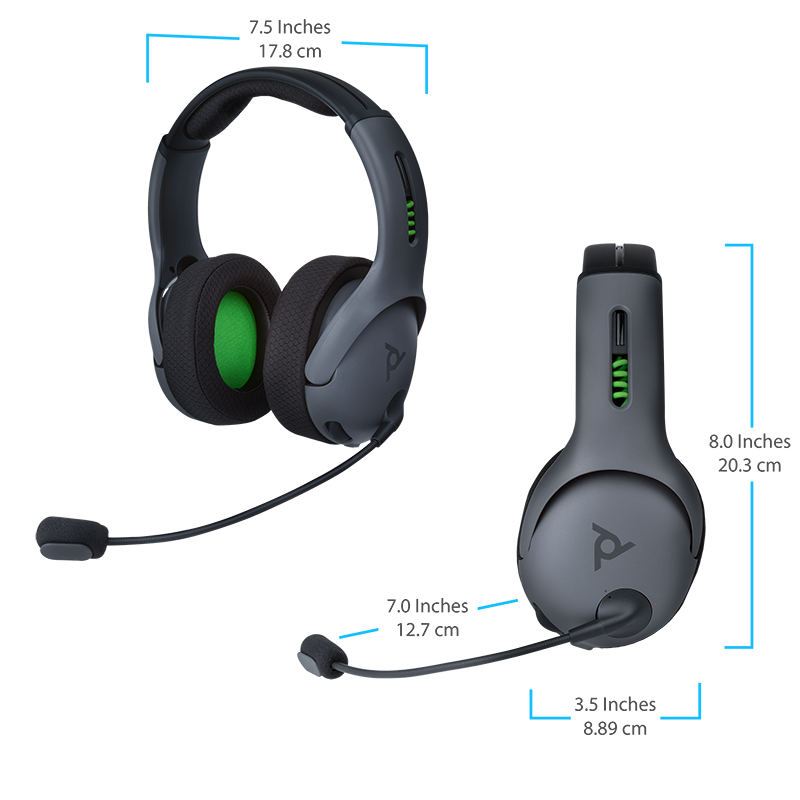 In terms of specs for the nerds out there, you can expect a 40 foot range from the wireless dongle to the headphones, with the headset also offering dynamic sound with 50mm High-Definition drivers. 16 hour battery life to them when when fully charged, and also a sound cancelling mic.
Overall: Other than the few tiny gripes I've mentioned in this review, I cannot speak highly enough of the headset overall. Now in my possession, I can't see me using any other headset. Great for music, gaming, movie/TV watching. The headset is one to think about if you fancy a wireless one without breaking the bank.
You can find these on Amazon by clicking here.
PDP LVL50 Wireless Headset