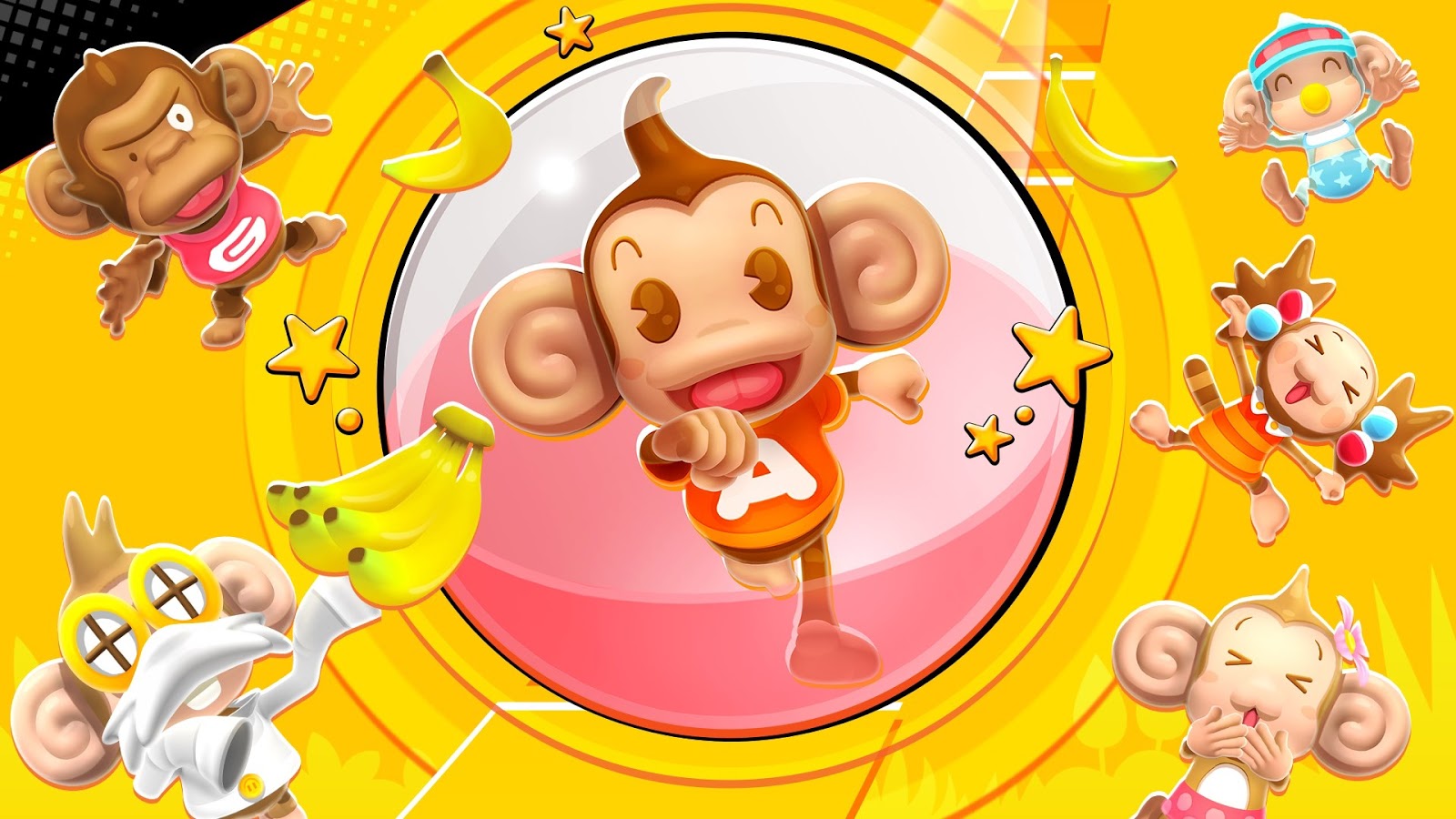 Super Monkey Ball was a game that, I got to be honest, while knowing about and perhaps playing it a handful of times back in the day, it wasn't really a game for me that really stuck around in memory too long. It was only when this was revealed via the announcement trailer that my brain said "oh yeah, Super Monkey Ball, we had some time with that in the past and it was alright". So yeah, I went into this expecting just that. Nothing mind blowing, but just a bit of fun. 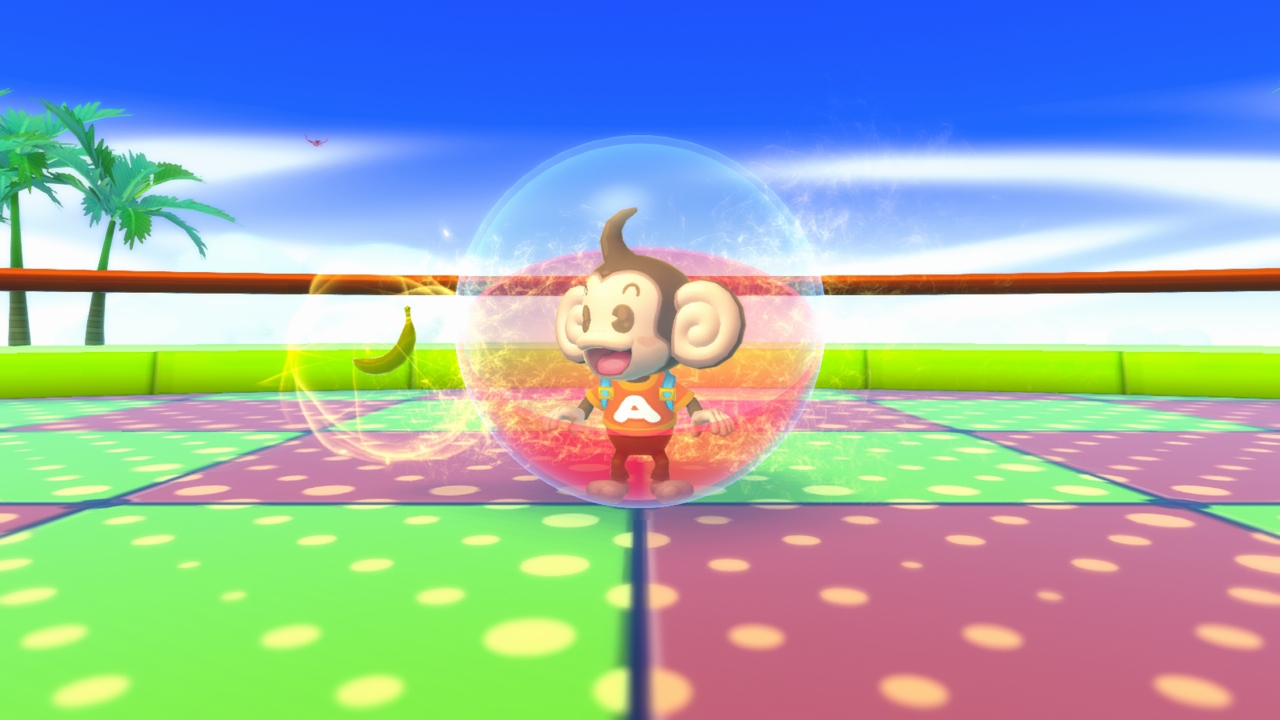 For those that haven't ever played a Super Monkey Ball game and have no idea what it is, let me tell you. Have you ever had a gerbil or hamster as a pet? You have? Okay, so you know that plastic ball we all buy that we stick them in when cleaning out their cage out so they can run around a bit and stretch their legs? Yeah, it's that but here we stick a monkey in it. Not only that, they also have to navigate tracks that have obstacles and holes on them as you try to make it to the end goal in which they enter a coin to reach the next area, or in some cases, a boss battle.

Four modes of play are available to you to mess about with. All pretty much self explanatory, but this review needs words so I will fill in some space by explaining them all. 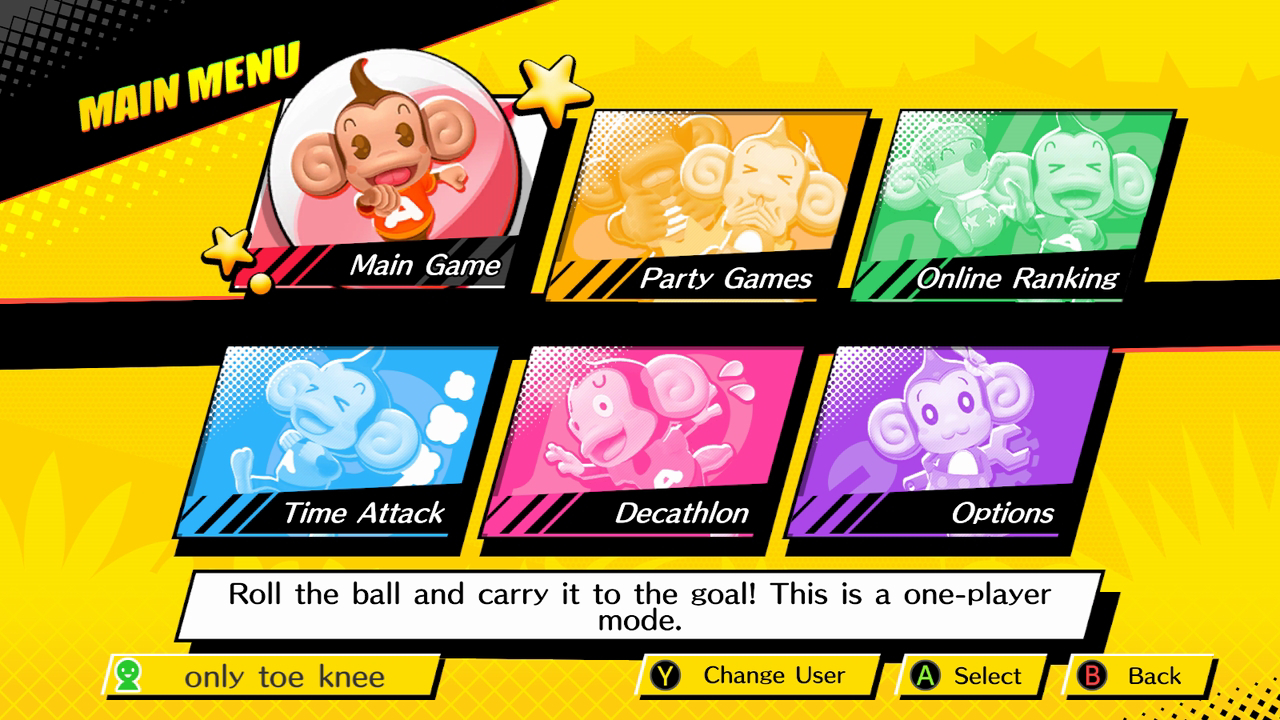 Campaign or main game as the game calls it sees you taking on a set number of worlds, with each world having of bunch of tracks you need to negotiate with your ball monkey. The last level of each world is a boss battle, beat him and you can move onto the next world. While this starts of quite simple it can get super frustrating too the further you get, with boss battles being a somewhat fiddly experience, which at times can suck the enjoy out a bit.

Party games sees you able to go at ten available party games alone, but also able to go at them with others with local play available. The games in question offer something a little different from anything seen in the campaign/main game. You can expect the likes of whack-a-mole, hurdles, hammer throwing, and even snowboarding. 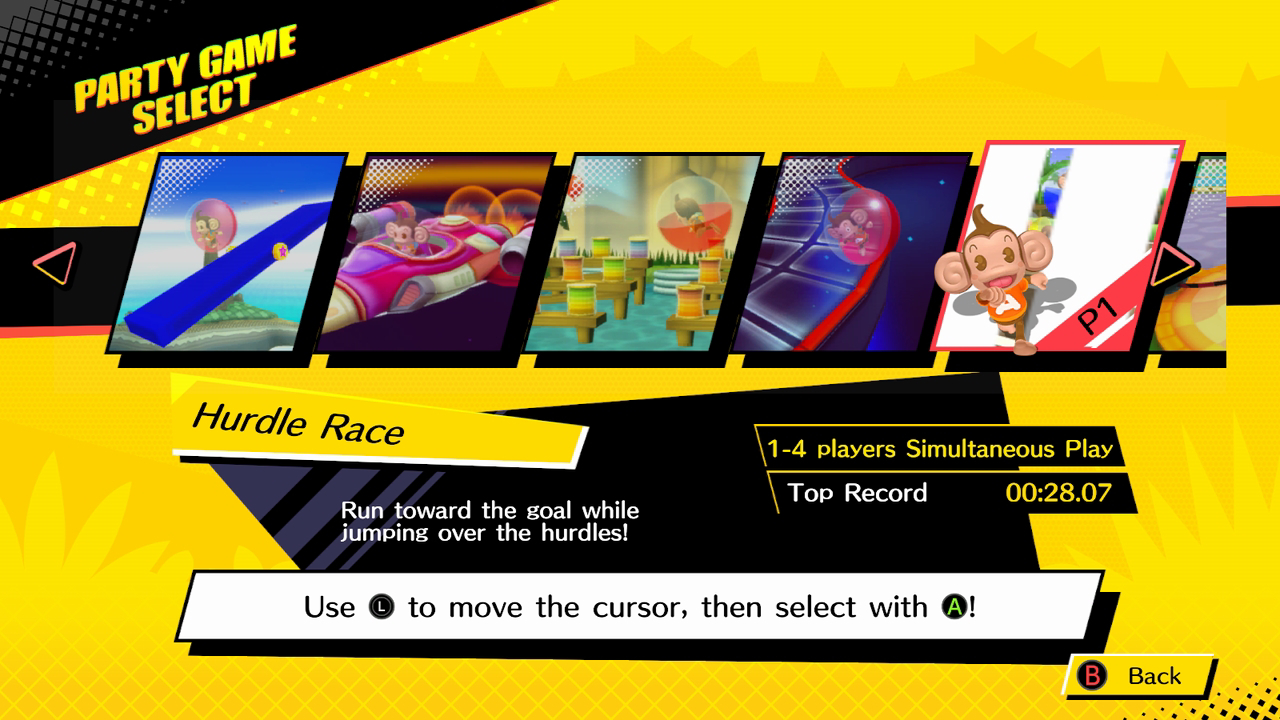 The final two modes left to talk about are Time attack and Decathlon, and are essentially the same kind of mode.
Time attack has you completing a bunch of courses to set a time for the online leaderboards against other players. Casual course is available from the start, with the standard course unlocking upon beating world five in the main game, and the expert course unlocking when completing all worlds in the main game.
Decathlon has you playing all ten party games in a row, with your overall score coming at the end in the hope of trying to get a place on the online leaderboard. The thing about both leaderboards for these modes is they only actually have 100 places available, so the only way to actually get onto them is being a wizard at the game. You do have friend leaderboards too, so you can at least battle it out with them if you're not good enough to make the main leaderboards. 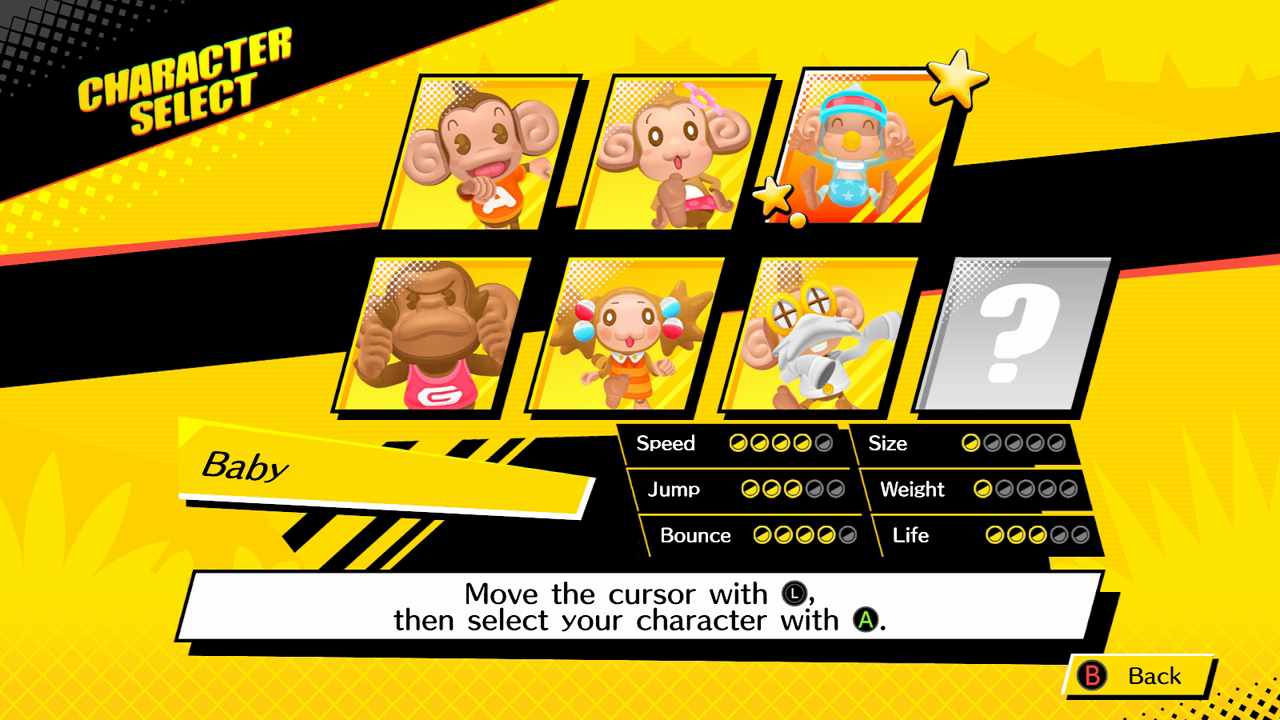 That's it for modes, but now a little on the monkeys themselves. Each of them have six skill attributes, with each monkey being unique in a certain one or a few of them. Take the monkey AiAi for example. He is pretty much the all-rounder, with his/her stats all being somewhat equal. Then take the monkey GonGon who size and weight is better than anbody else, and monkeys like the Doctor one offering the best speed. Did they make much of a difference to me when playing the game? No, not really.
Overall: Super Monkey Ball has been both slightly fun but also frustrating at times. Is it a game that has kept me coming back in the amount of time I've had it? Not at all. It's great for a quick blast here and there, but a game you will lose hours in it is not. If you enjoyed it first time around though you might get a bit more out of it than I did.
Super Monkey Ball