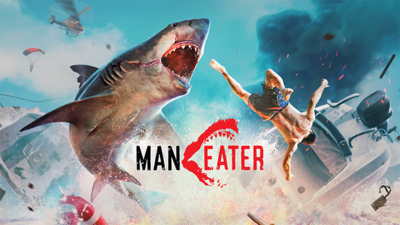 When the first trailer for Maneater dropped (at what my brain tells me was around E3 time or maybe even Gamescom of last year), it was a game many of us took an interest in. Its release a few weeks back saw it dropping at a perfect time too. With gamers in lockdown just dying for anything new and a bit different to it. Maneater is definitely different, but does it offer an experience that will keep gamers coming back for more? Cue future me to finish this review off.
The game kicks off with a short tutorial teaching you the ropes, aswell as an introduction to the story side of the game and villain of the piece, Scaly Pete. The opening sets a path of revenge that I will let you experience for yourself, with the remainder of the game having a sort of Discovery Channel tag along adventure seen in shows like Deadliest Catch. 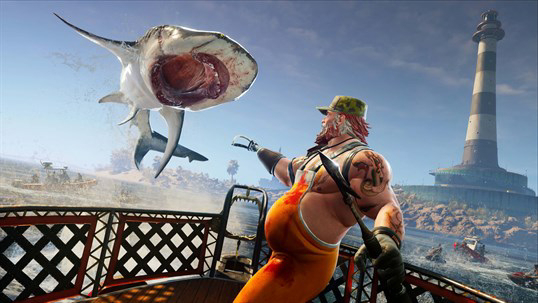 The game takes place over multiple regions, with each one changing a little from the previous one in terms of looks and also things swimming in it with you. Each region follows a similar pattern to it once you get into it a bit though, with each area having a checklist of outlandish requests for you to complete that portion of the story and move on. Expect things such as clearing out a bunch of humans, eating a set amount of fish, taking out an animal known as an Apex, killing a boss of sorts every once in while, with you finally meeting up with Pete for a small cutscene or interaction before being told to move on and find the save point in the next area and do the same again. 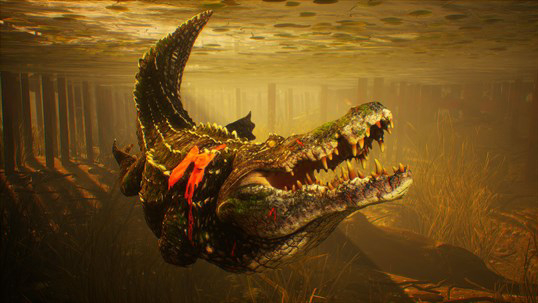 Each region also has a bunch of things to find in them too, with landmarks, caches, and licence plates giving you a good enough reason to fully explore each area. And a reason to return later in the game when your shark has grown in size and upgraded a bit. 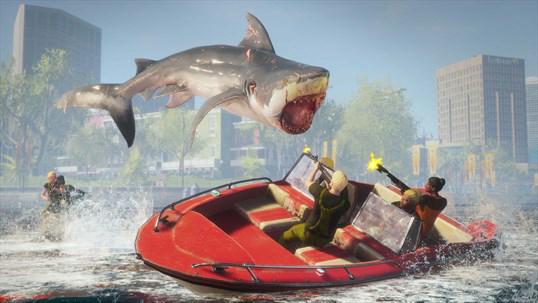 I guess the reason to keep going in Maneater is that of growth, that of both size and also new bits and pieces you can add to your shark the deeper you progress. Size wise is simply,  just XP related which can be added to a number of ways, well pretty much anything you can do in the game will add to this. Collecting previously mentioned collectibles, completing the story quests, to even just eating the wildlife and humans who are part of the world around you. In terms of new upgrades though they unlock by taking out certain enemies that appear when reaching an high enough threat level, with an infamy hunter appearing and you simply having to eat them to claim your prize and go equip them at the grotto (the place each region has as a fast travel point). You can expect new jaw, head, fins, body, tail, and also a bunch of organs to play around with and upgrade that offer things such as a sonar and the ability to stay on land longer to name just a few. These can be upgraded by simply eating things around you and using those points to spend. 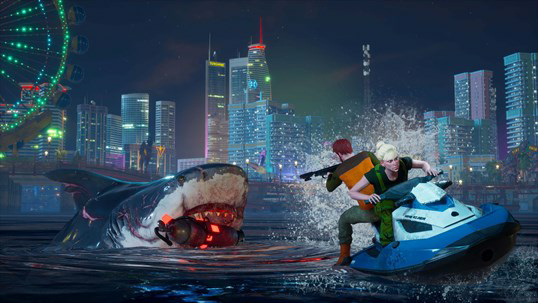 Combat is probably the weakest thing in the game as it currently stands right now. With many fights against things that want to attack mainly having me hammer RT to chomp or hit LB in the hope my tail whip defends against some enemies that are so speedy the lock-on system is just pointless. You can also avoid attacks with a press of RB, which will come in useful when taking on human enemies who happily fire away at you with a number of guns, but easy enough to avoid. So yeah, while not game breaking, the combat system could do with a bit of work.
Overall: While being something fun, enjoyable, and something a little different in the first five or six hours, the more time went on it did become very much a rinse and repeat adventure, with that  grinding feel similar to that of games such as Destiny. If grinding is your thing you will love it. Just for me once I hit about fifteen hours, I'd kind of had my fill and would only venture back every few days.
Maneater