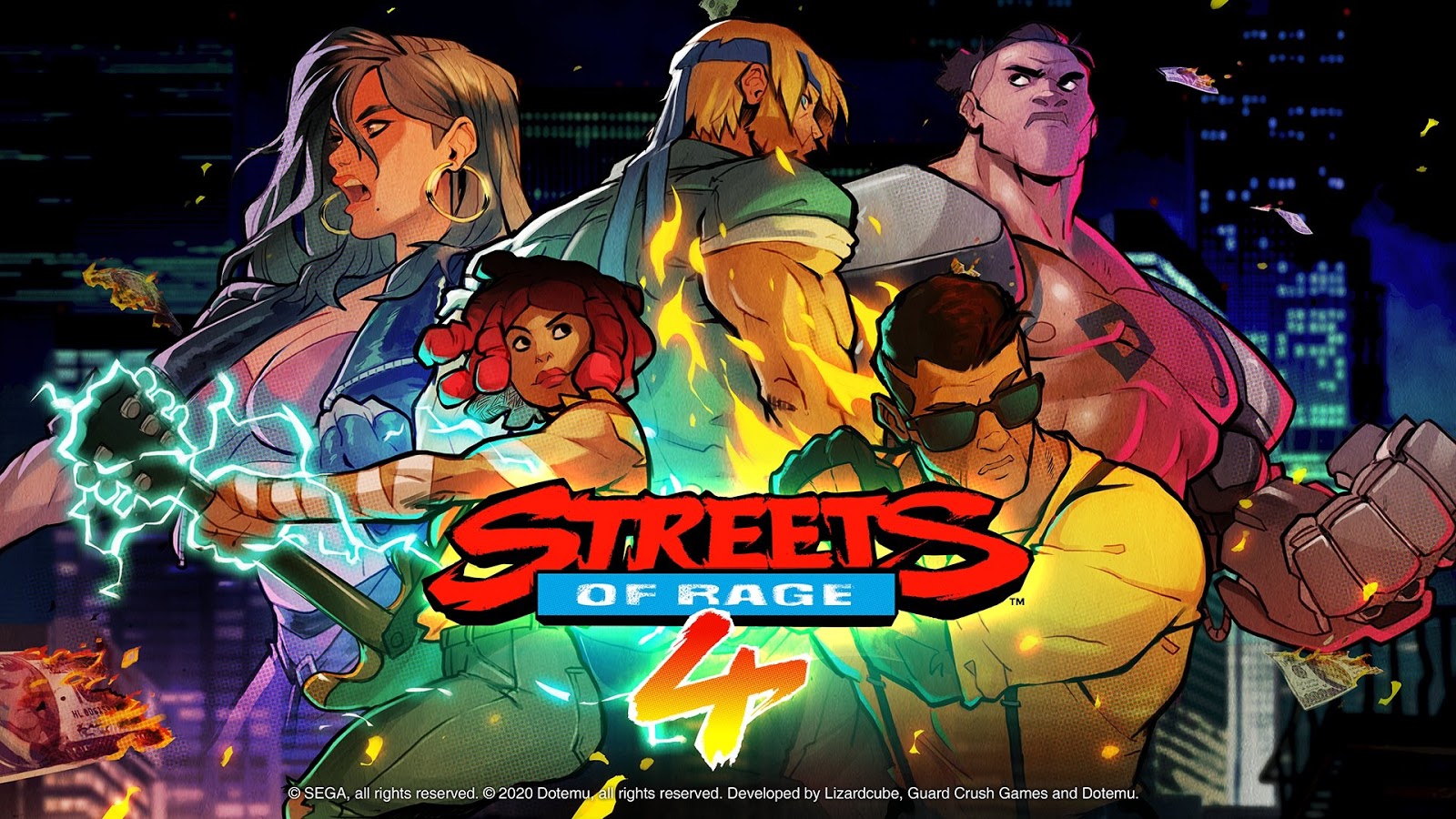 The day has finally come. The day many of us older gamers have wished for, an updated version of a classic series is finally in our hands. Streets of Rage of old but updated and with a 4 in the title is here.
Now sure, reviewing a game that is part of Xbox Game Pass is a bit of a waste of time reallyyyyyyy. Just go to the store and hit install as it's only a 4.5 GB download and you can make up your own mind. It's not like any of us have much to do currently either is it? None the less, this game was always going to be the game where I put fingers to keyboard and tried to get my reviewing mojo back after having some time away. 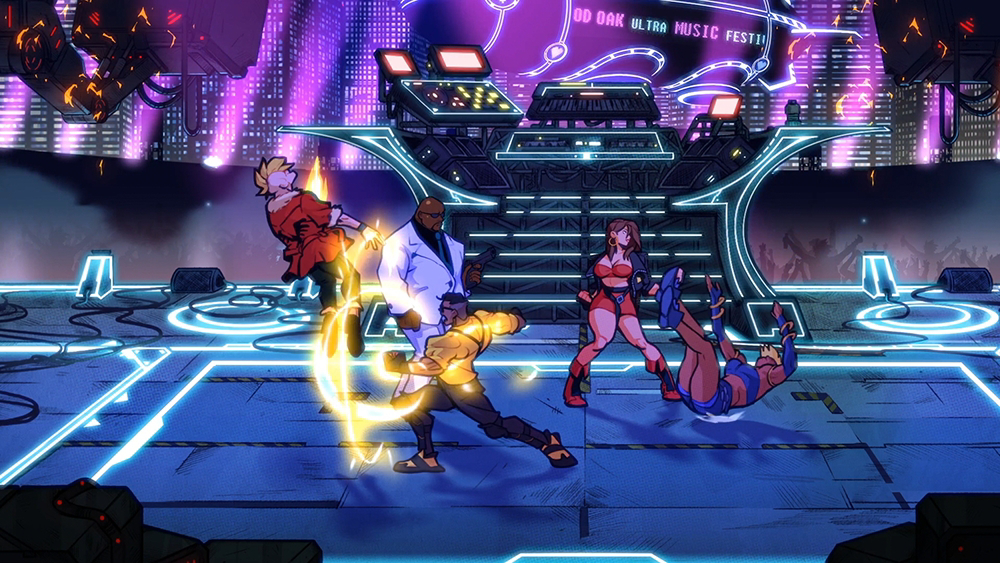 We all did it right? Did co-op on the older games with a family or friend? Well those are my memories of it. Not the best story in the world for a game by a mile, but man does the settings, enemies, music and even grunts of the characters you play never leave you. I never dug that deep when it comes to what Streets of Rage 4 was going to offer before loading it up to play, but the one hope was I just hope it gives me that warm fuzzy feeling and nostalgia overload I want from it. Fingers crossed.
Kicking off you have some old faces available to choose as your character of choice, Alex always being my guy and very much the guy I've used while playing through for review. Present day though the years haven't been kind to him, with a more ruffled look and old man gut sagging over his jeans these days. You also have the likes of Blaze returning to name a couple of the initial players available to you, with others unlocking along the way and the more time you put into the game. Replaying the game over and over being very much the push if you want to get all you can out of SoR4. 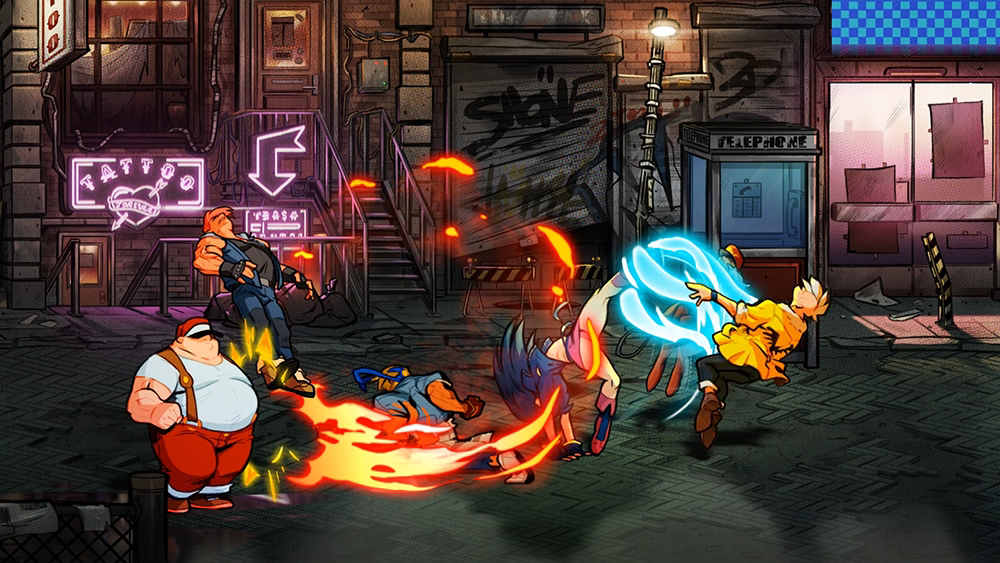 The story once again is the standard make your way through a set amount of stages and make your way towards the big climax of the big boss fight. The game also has a boss type person at the end of every level, with most of them along the way seeing the light and joining your side as you work through. You have twelve stages to work through to beat the game which can easily be done in one sitting on easier difficulty, with the harder difficulty options obviously throwing in even more of a challenge to my somewhat slower reflexes and lack of combo skills than I had in my younger years. I found it tough going through on normal if truth be told, mainly just because I'm a ham fisted buffoon, so I did find myself hitting retry via the options a few times and giving myself every possible perk the game offered so I could make it through the level the next time around.
The game itself is classic Streets of Rage, with everything it offers being just how older players will remember, but at the same time feeling bang up to date with setttings, audio, and even the combat system just feeling as perfect as ever, with button mashing or the more pro type way of playing and building up  combos. It's just a simple game that will give hours and hours of senseless fun and not requiring that much thought. 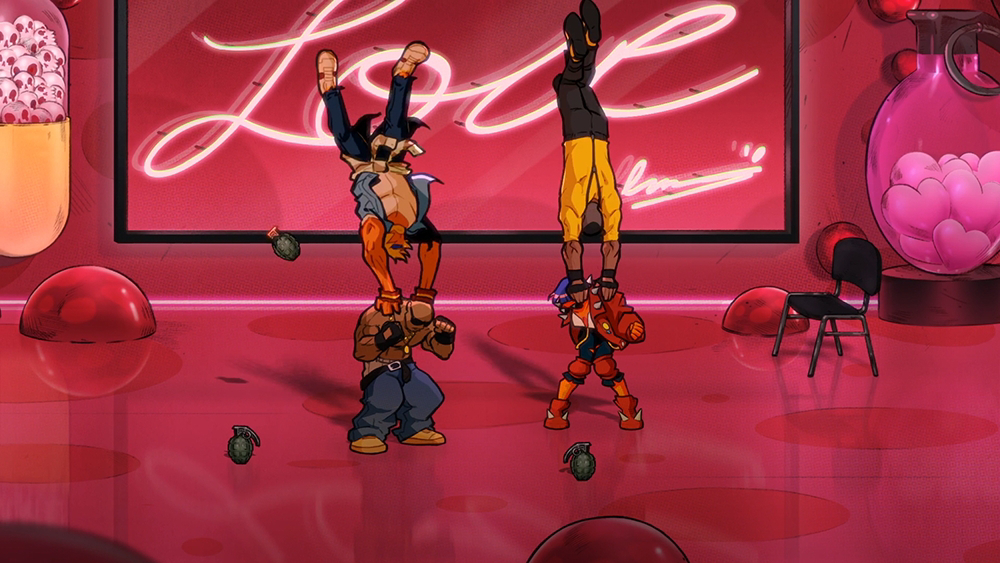 On top of the story which you can of course tackle with a mate via local play or making an online game, the game offers a few other modes too. Arcade sees you trying to beat the game with just one credit to your name, and no save available. Seeing how I mentioned how hard it was to just beat the story, you can correctly assume that this mode has remained untouched. Boss Rush is another mode, simply throwing bosses at you to survive and beat as many as you can until you die. Safe to say I sucked at this also (I'm sorry). Battle mode being the final mode to touch on, sadly being pretty dead when trying to test it out now a few weeks after launch. Basically where you go at it with another player in a fight to the death. Thankfully I've been spared being given multiple combos as of yet, but a mode the good players will enjoy testing each other on. 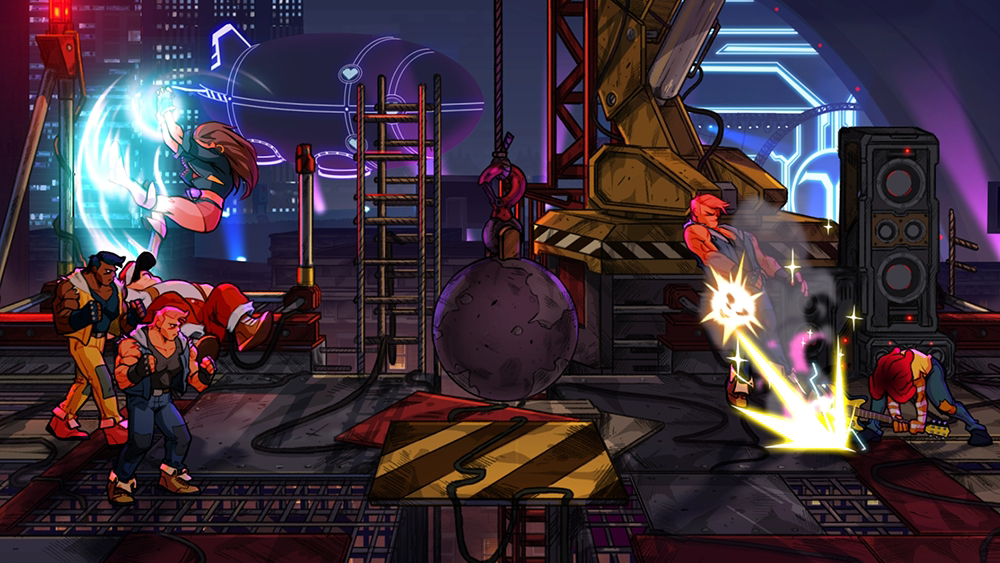 Overall: Streets of Rage 4 ticks all the right boxes when it comes to fans of the previous games, while also bringing it into current day and making it something new players to the series will have fun with too. It can be as deep or as simple as you want it to be. Blast through the story with mates and enjoy it, or take time mastering it for combos and score highly on leaderboards. It offers something for everyone. The fact it's part of Xbox Game Pass just makes it even more accessible. Go install it for a great weekend.
SEGA Streets of Rage 4