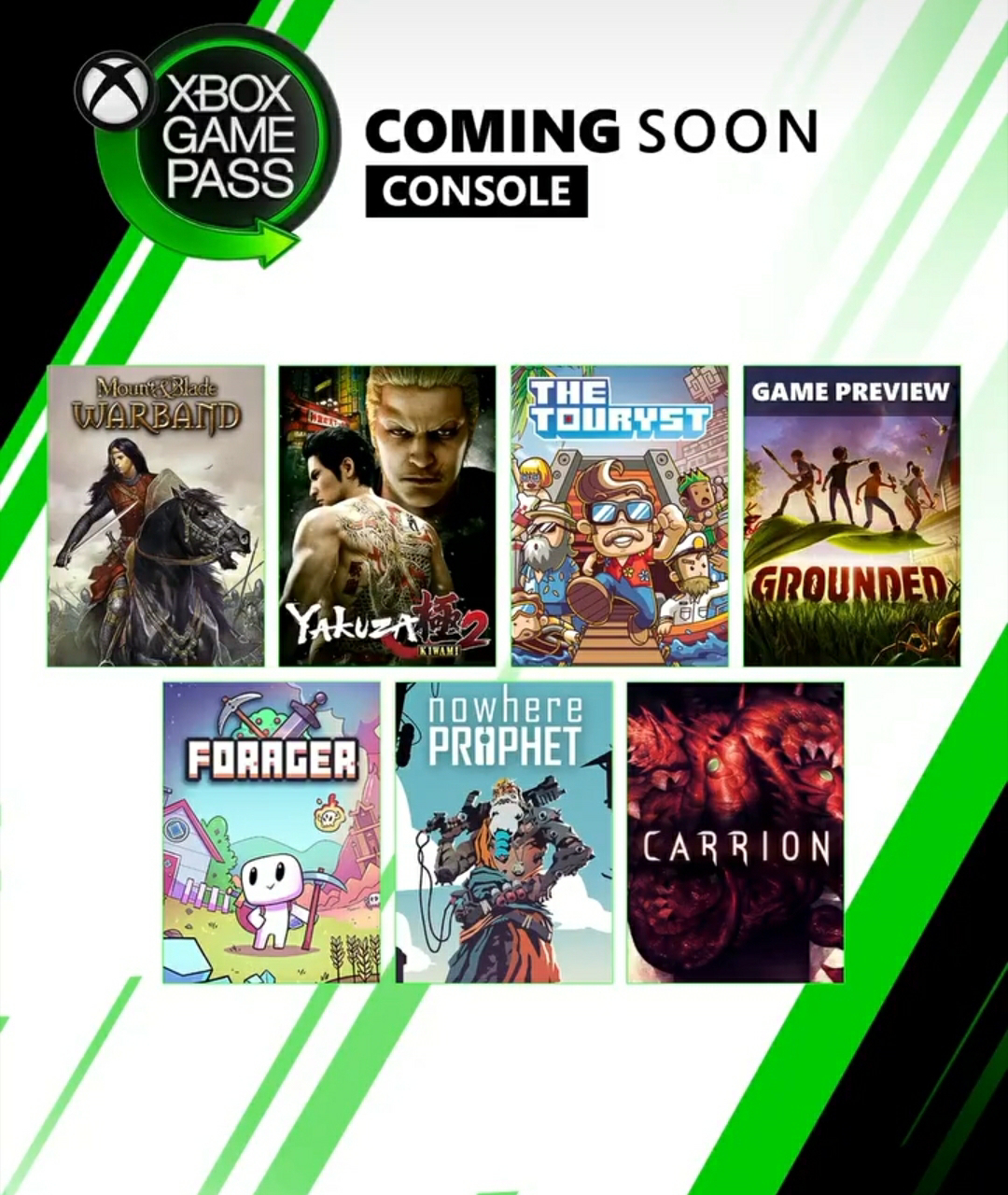 Microsoft have just revealed seven new games (more for those on PC) coming to Xbox Game Pass over the next few weeks. Those games and the dates they are being added are,
Forager - July 16
Mount & Blade: Warband - July 16
Carrion - July 23
Grounded – Xbox Game Preview - July 28
Nowhere Prophet - July 30
The Touryst  - July 30
Yakuza Kiwami 2 - July 30
All of these are coming to the PC apart from Mount & Blade: Warband being on console only, but Golf with Friends is being added to PC on July 23.
Xbox Game Pass