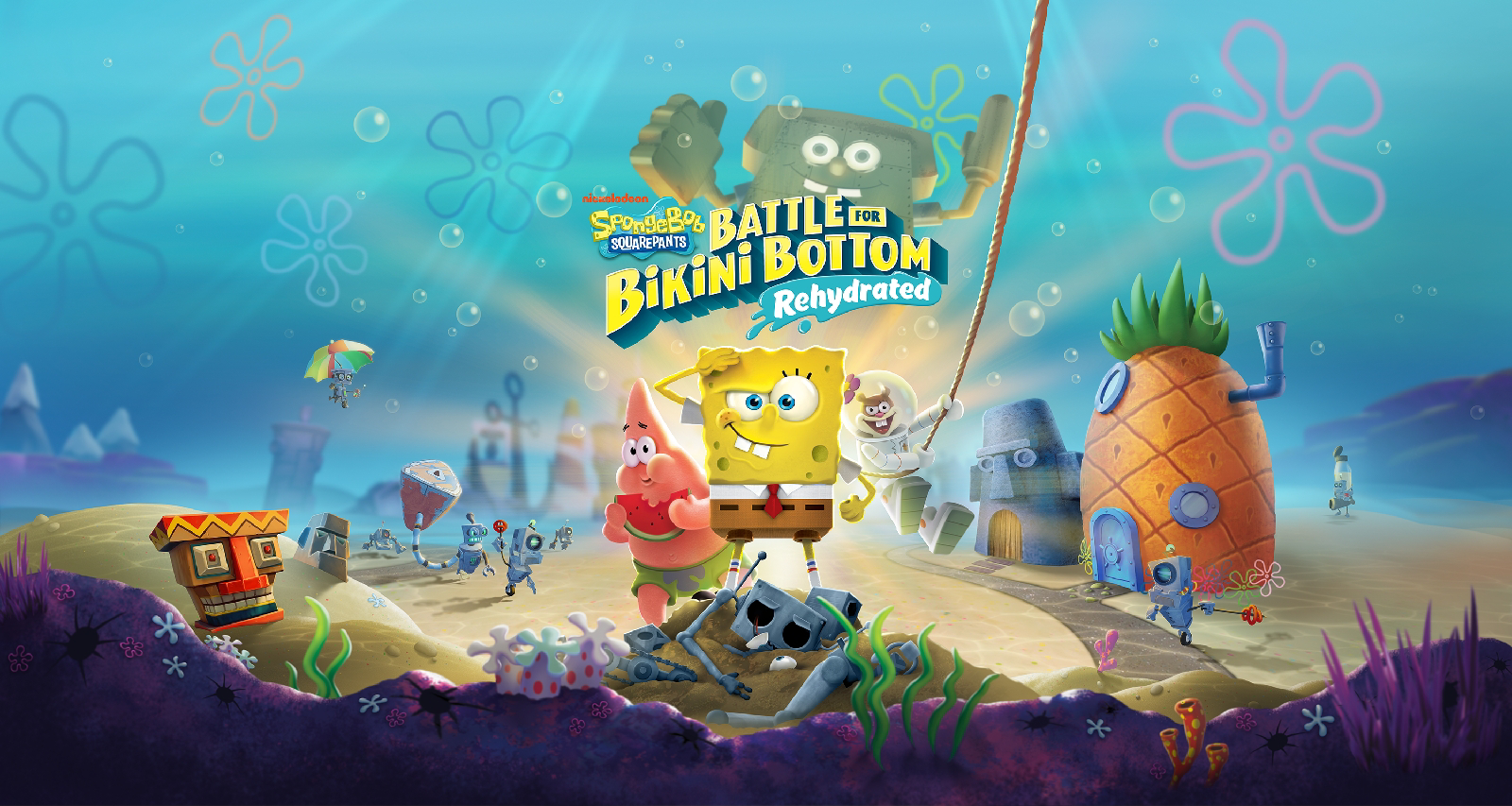 Spongebob facts I knew going into this review.
1: The name of the game is an absolute mouthful.
2: He lives in a pineapple under the sea.
3: He's absorbent and yellow and porous is he
That's it, I'm out of facts
I can't sit here and say I'm the biggest of Bob fans. Nor can I sit here and say I played the original to this game back in 2003, so the whole nostalgia aspect I've seen many reviews rave about is totally lost on me  I just went it hoping to have some fun and hope it didn't feel too dated. Did I get that? Find out by reading on. 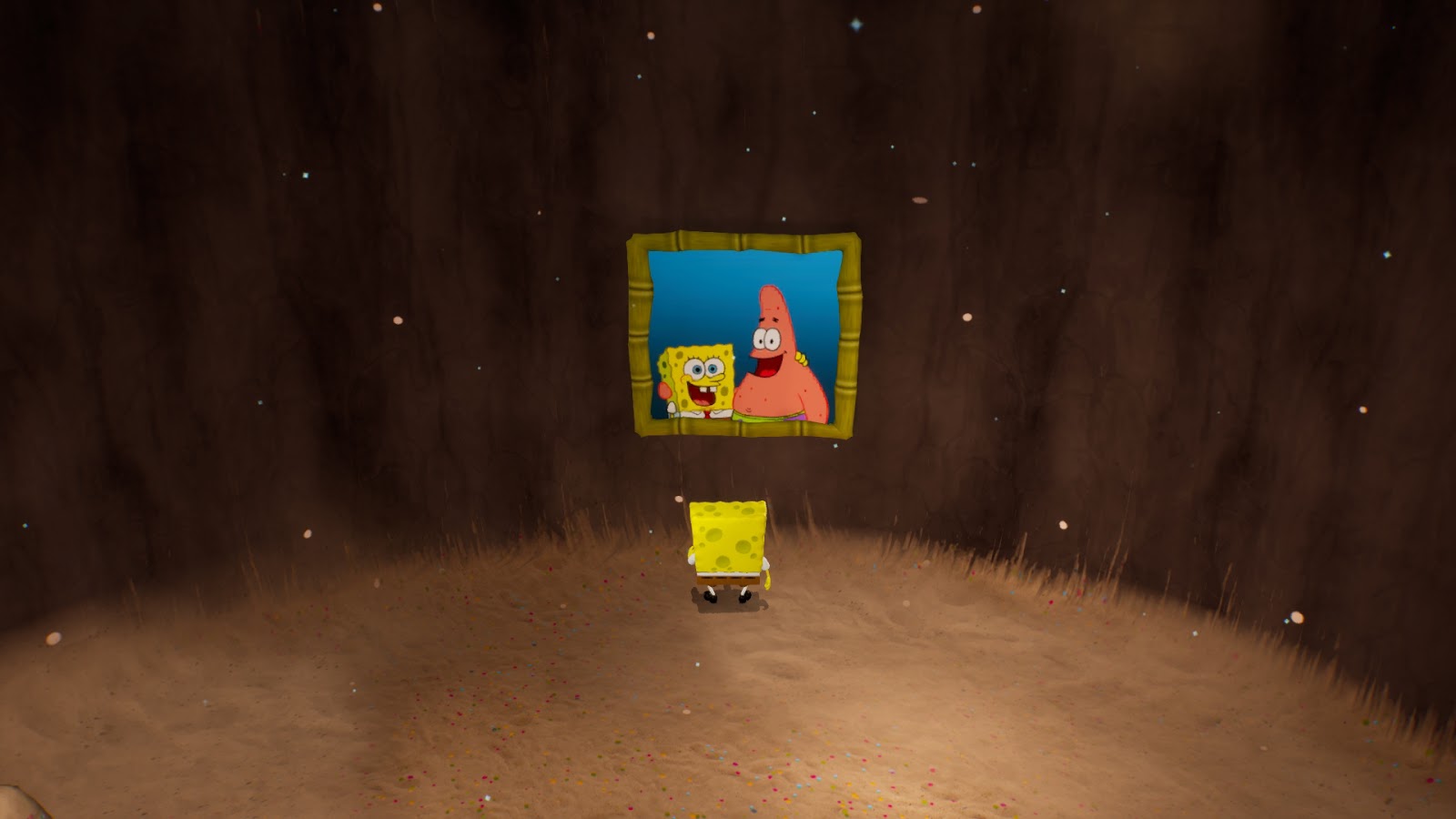 The game kicks off with a character called Plankton building a robot building machine with the plans of taking over the home of SpongeBob, Bikini Bottom. Plans go wrong of course as Plankton forgets to pull the obey me switch down when creating these robots, and before you know it your off working your way through locations collecting golden spatulas to progress through the story and to save Bikini Bottom. 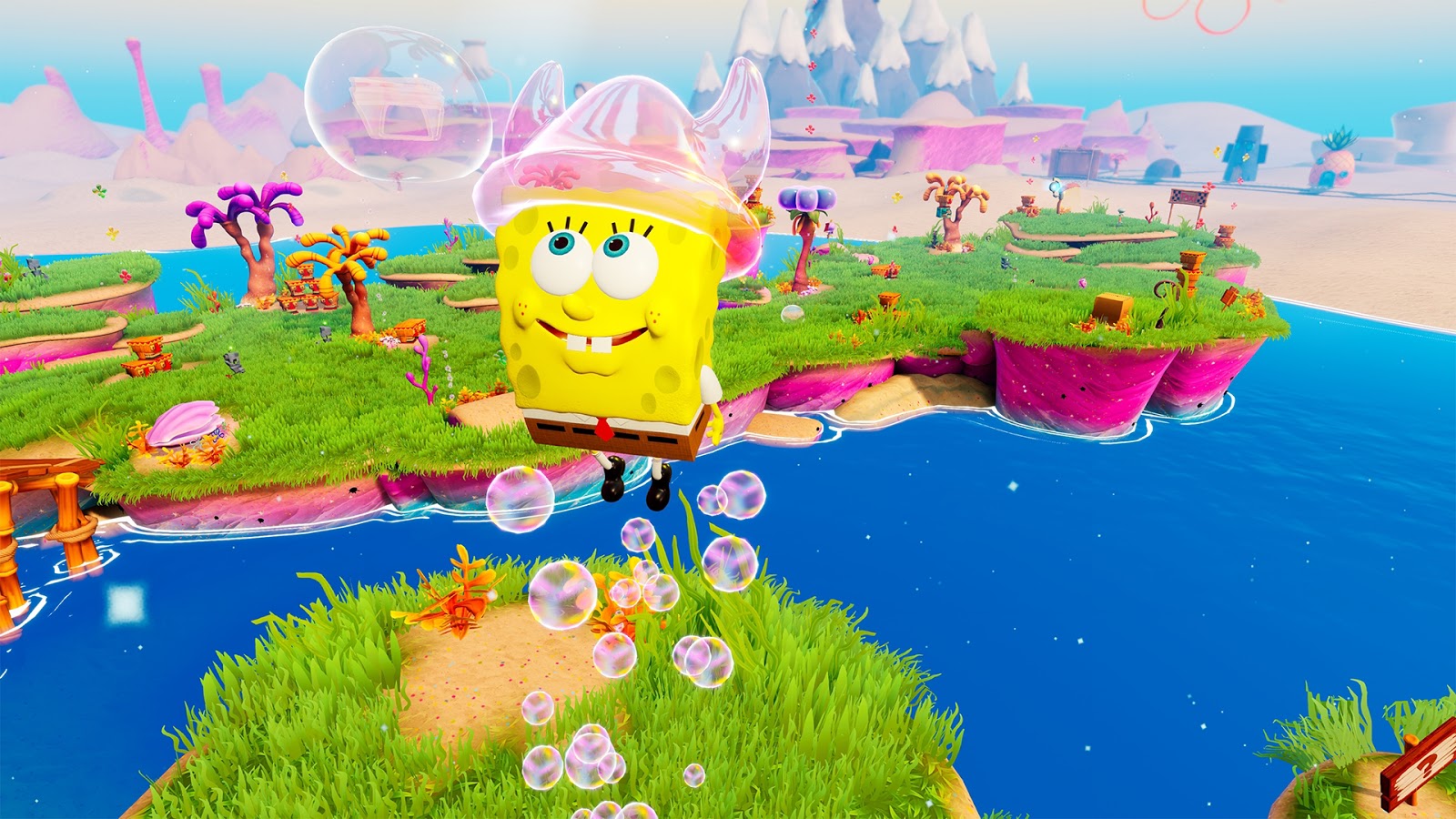 What follows is a decent amount of time basically doing a bunch of things to get your hands on these spatulas, with locations hidden behind spatula levels in which to progress the story along. You're not just using Bob to collect these either, with a couple of characters unlocking as you progress. A character called Patrick and another called Sally join you, who you can unlock by using a bus stop in any of the locations once you first add them to your crew. The bus stop picks what character other than Bob is best for that location mind you, as it tends to have places on it that are only reachable by a certain skill one of them have. Patrick is the pick up heavy stuff guy, with Sally having a lasso that helps her swing off things and use it like a helicopter rotor to reach far away places. 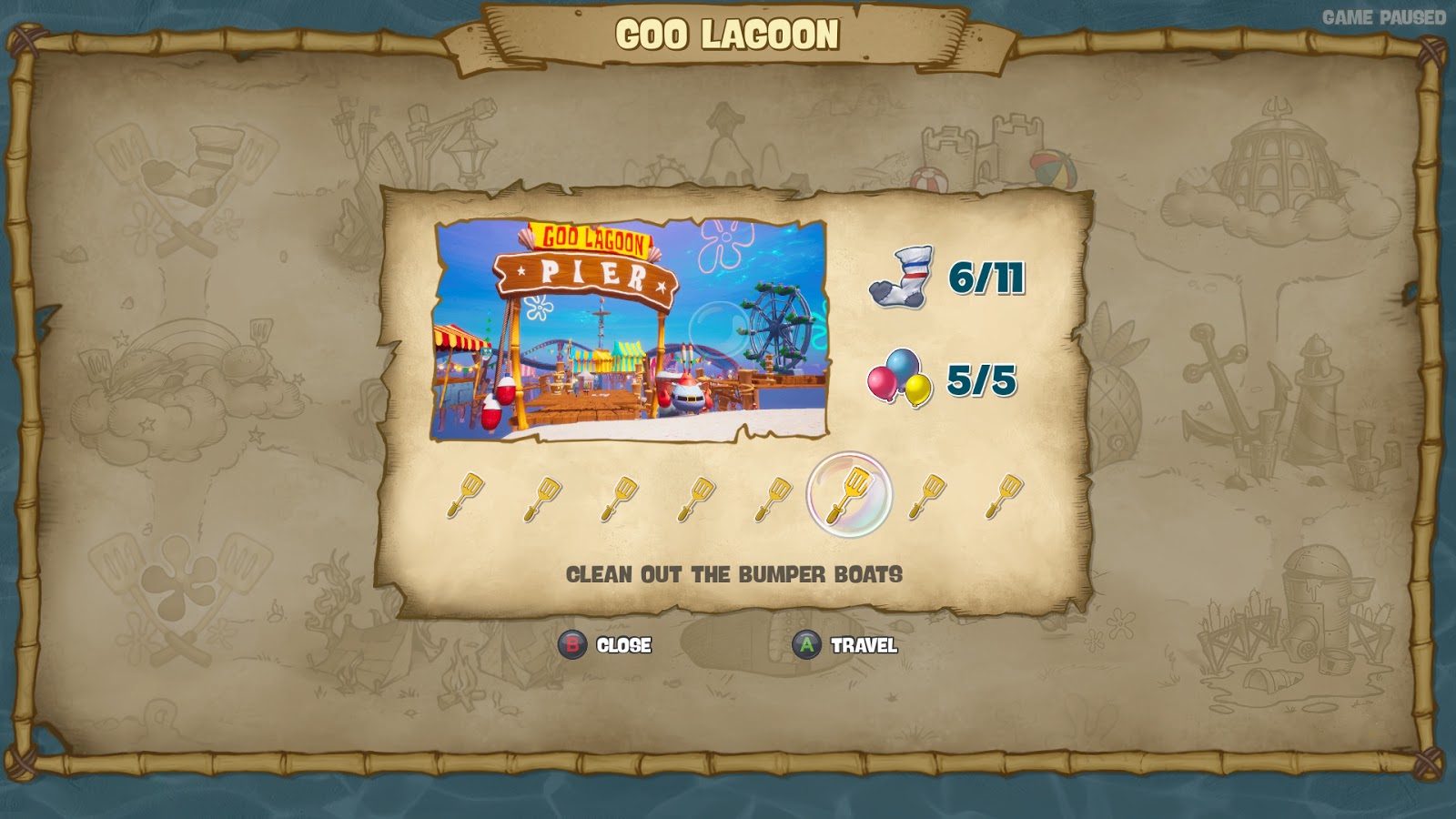 Away from spatulas you've also got Patrick's socks to collect too. The game itself is very collection heavy if you hadn't noticed. Almost to the point it did start to put me off a bit, as it is just very much collect this for this reward and not much else to it. Once again upon reaching a certain sock level and returning to Patrick at Bikini Bottom he will give you spatula. The same can also being said for the currency you collect too. The currency lets you unlock certain bits in levels which tend to have a spatula (sick of the word spatula yet? I am) by it that needed a platform or something that is now available once you pay. Also doors to ski slopes a bit later in the game also work on a pay before you enter system (more on these below). Another use is also giving a character a bunch of currency in return for, yes you guessed it, a golden spatula. Each one costing a bit more than the last, basically the same as the socks. 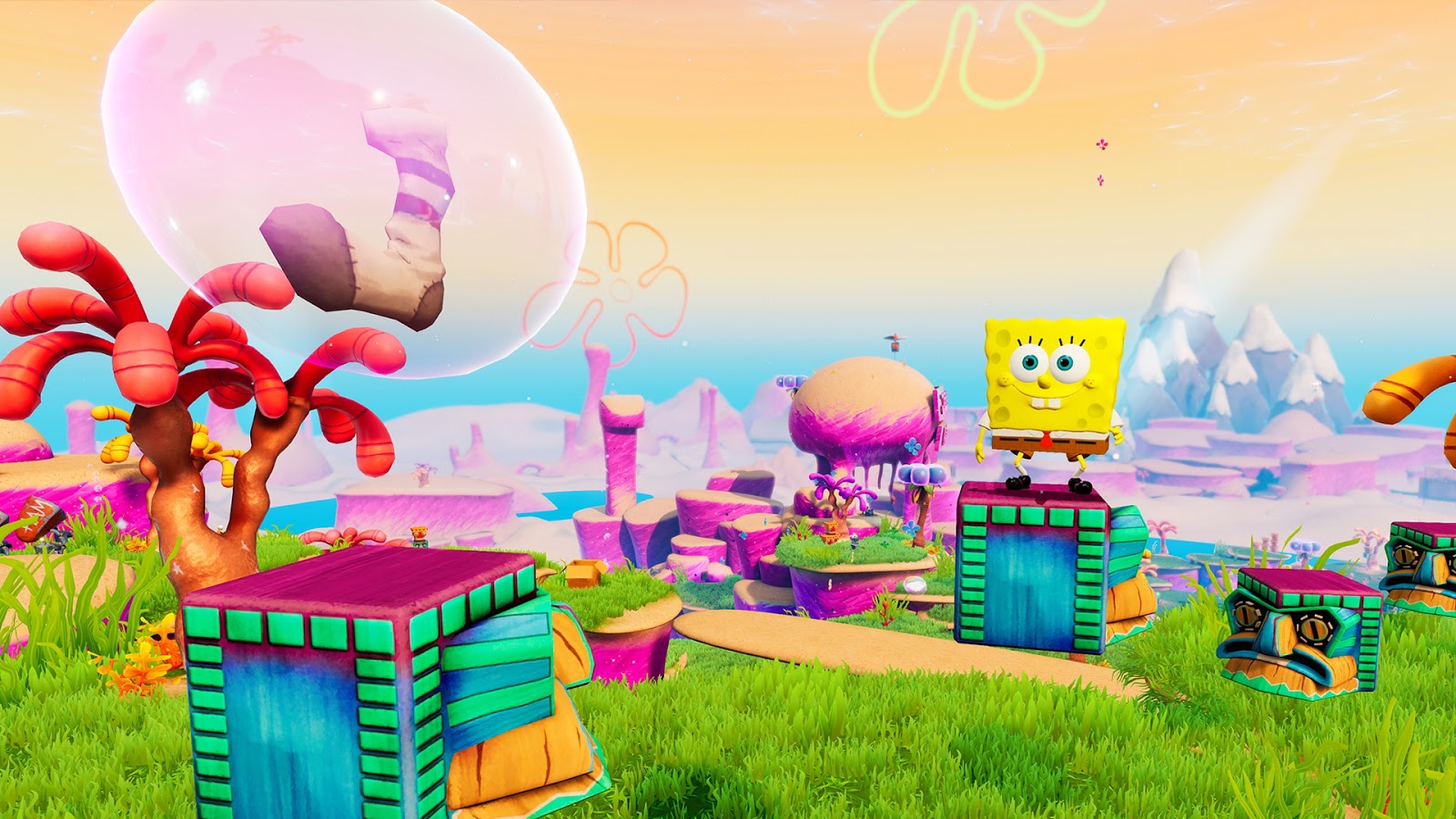 In terms of looks and does it hold up in regards to how well it plays for a remastered game, well, mixed thoughts here. Looks wise it looks good with levels all bright and colourful, with characters and cut scenes all really not seeming dated whatsoever. Gameplay wise it does a little. Times have changed and it can seem a little dated at times. More so as the longer you play the more the same things you must do start to appear, making it a bit grinding the deeper you get. And don't get me started on the previously mentioned timed ski slopes. They came close to sucking the fun out of it completely. Just one fall can mean a whole minute wasted. Throw in my limited skills when it comes to tight corners and a unique ability of getting slowed down by everything possible, and it's fair to say many a swear was used towards cute tiny Bob. 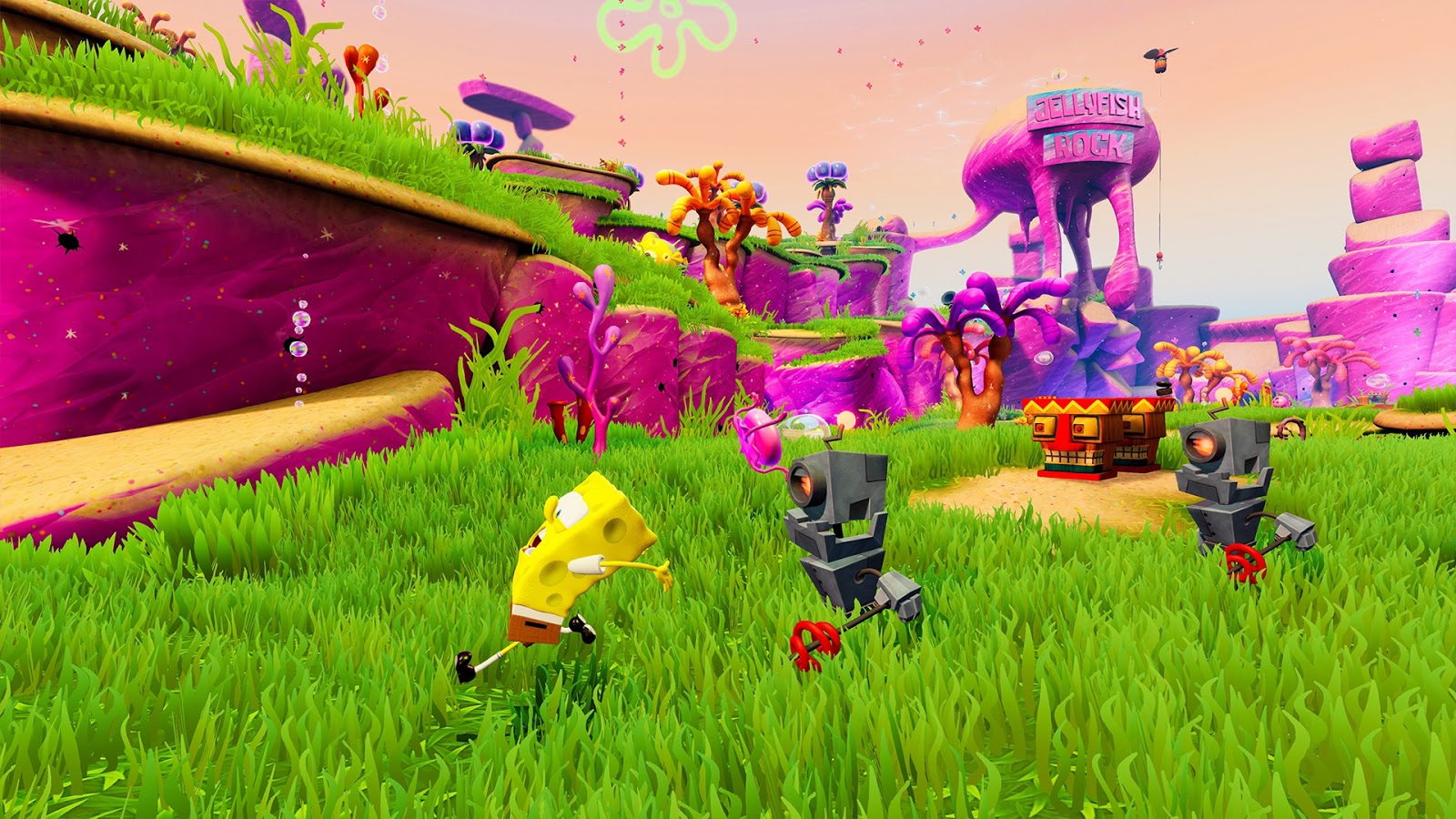 Overall: Actually surprised how much I got into this game after the initial first few hours did nothing for me. A week or so passed by and I came back and enjoyed it a bit, with it killing a few hours each time loading up. If you love games that just have you collecting things then this could be for you. If you love Bob even more so.
Spongebob Squarepants