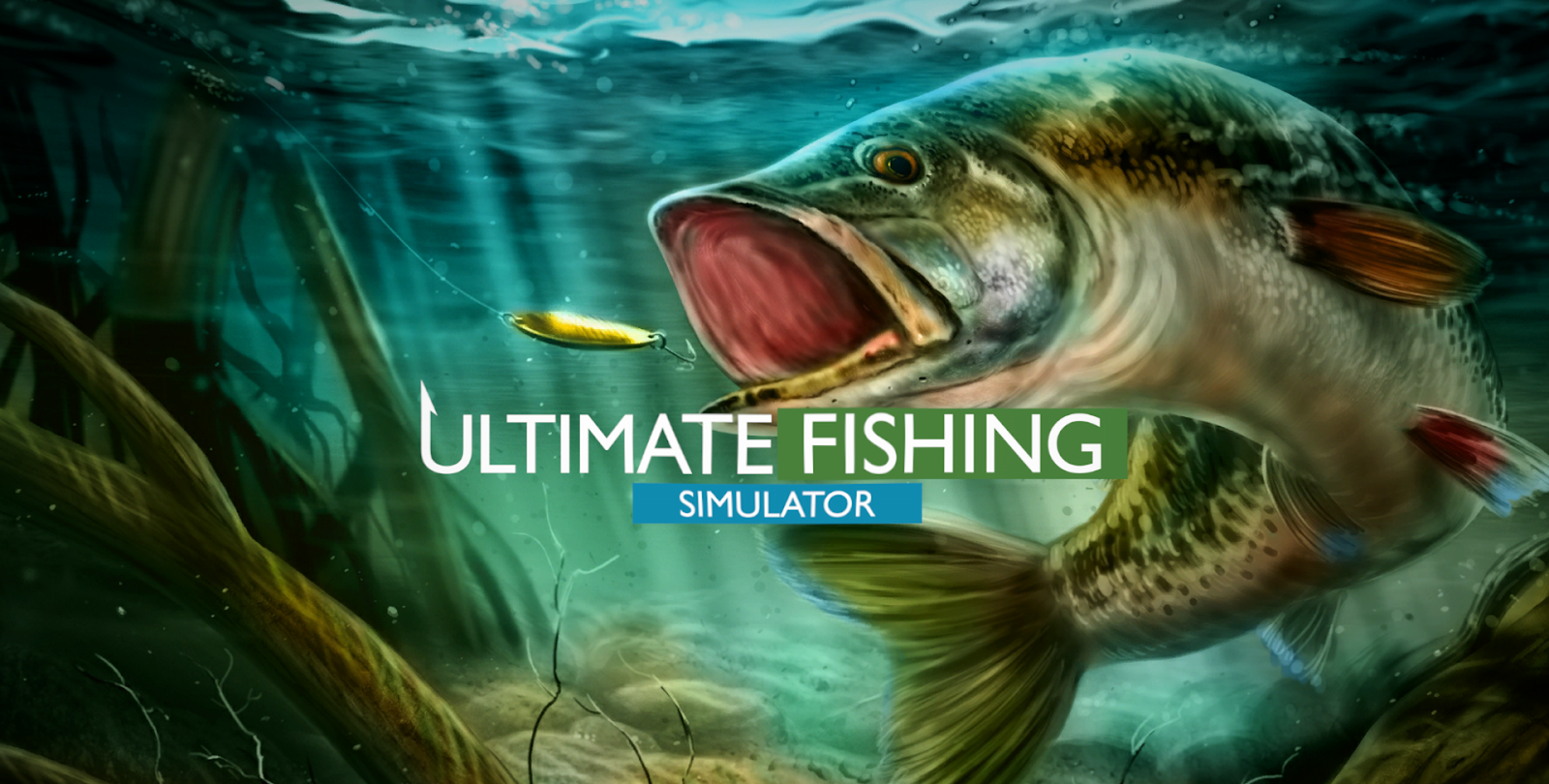 I love me a fishing game. Infact, any kind of fishing in any game and if it's good I will waste hours on it. Ultimate Fishing Simulator was one of those that just appeared one day out of nowhere, with me being out the loop of upcoming releases that aren't constantly being shouted about on social media. Soon as it came to my attention though, of course I was playing it. 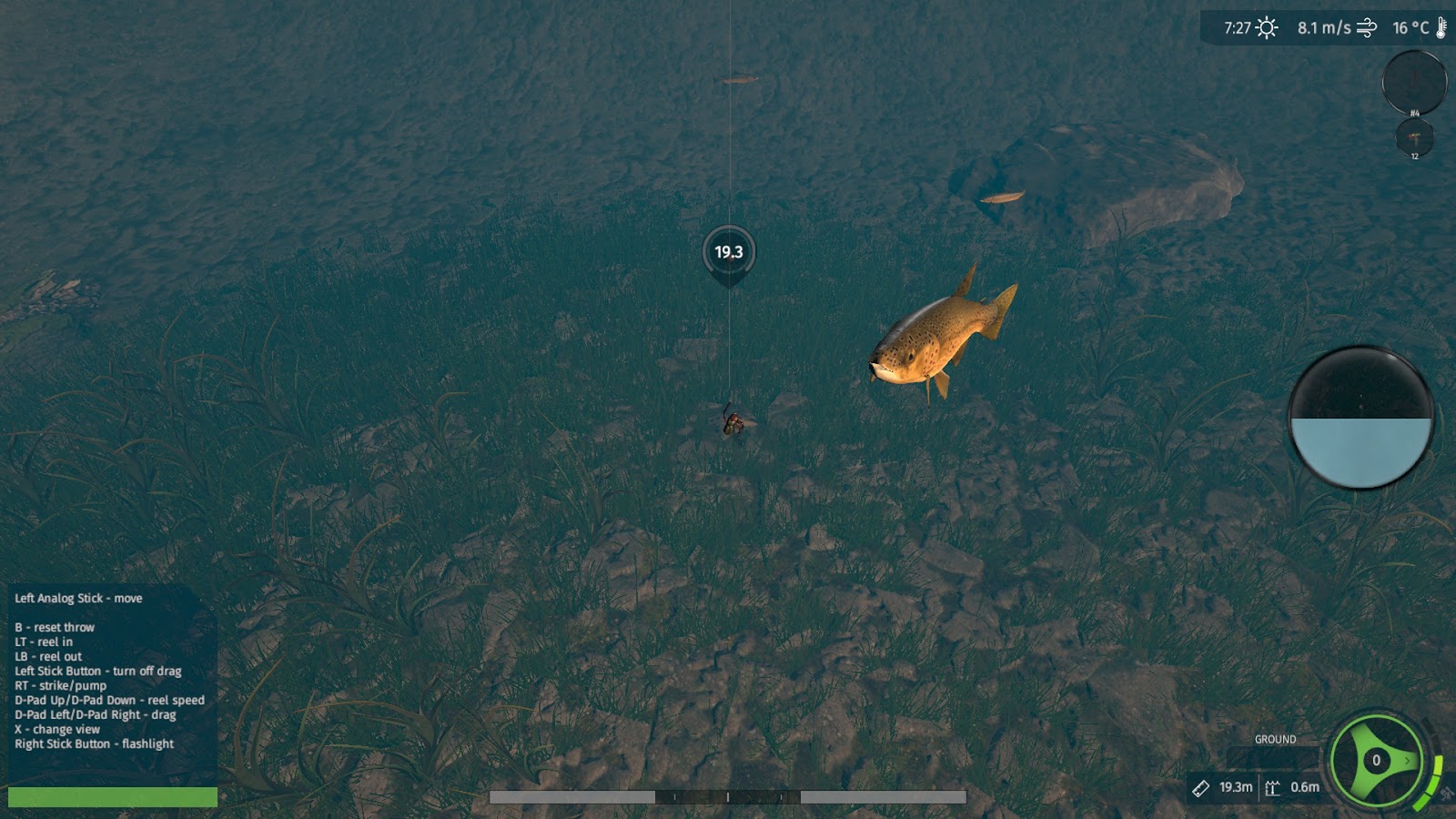 This is gonna be a very short review for reasons that are quite simple, there's not much really to talk about now I've spent the last week losing every afternoon on it. Ultimate Fishing Simulator plays very much like a free-to-play game such as Fishing Planet. You have to just drop your money in from the start with the £24.99 asking price, rather than using that cash to buy items while you play. Instead you must grind away to earn your cash in-game for both locations and new gear. So let's talk a bit more on how it works shall we? 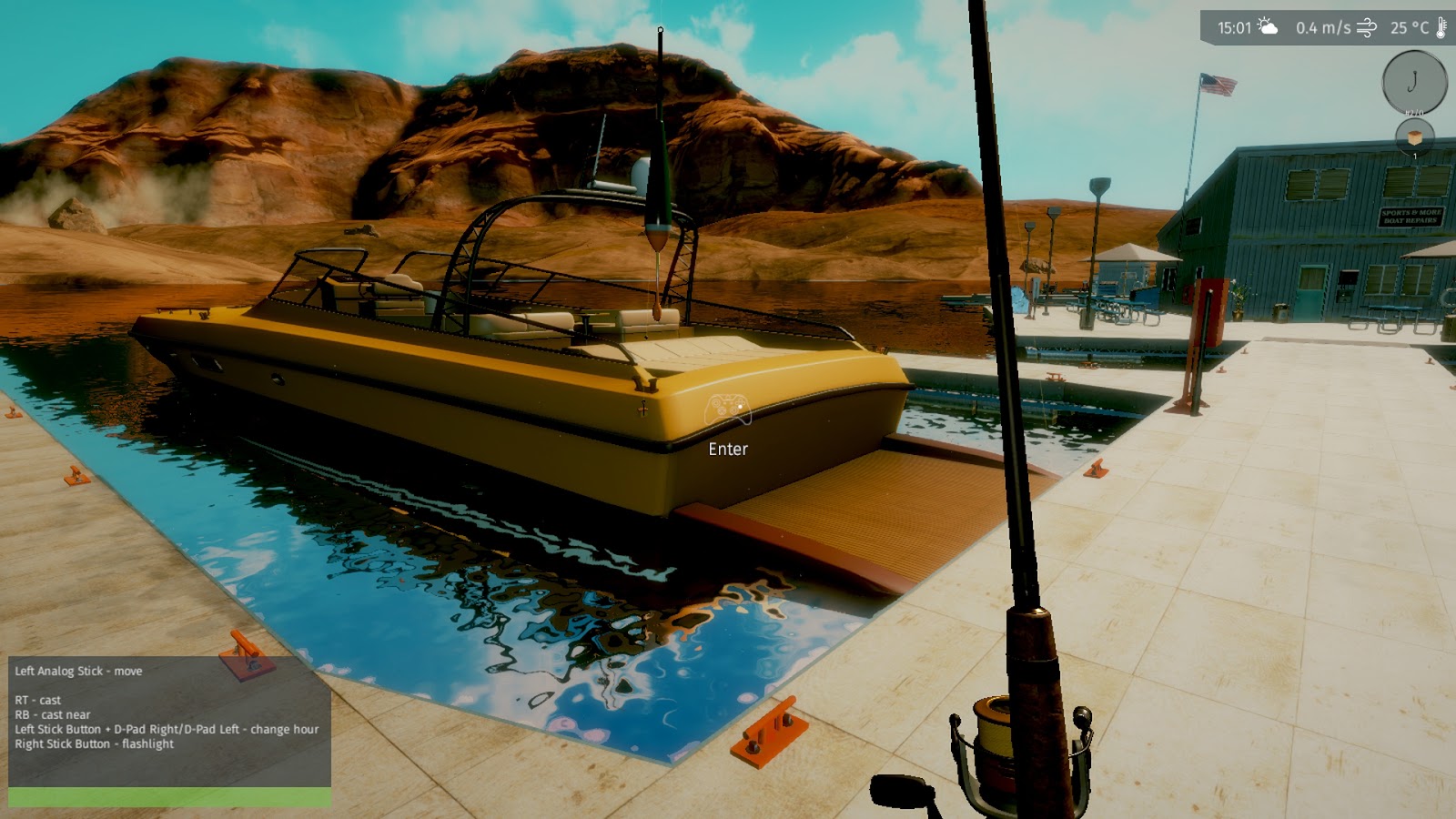 Opening up with the Betty Lake location and a ready to go selection of items in your inventory, basically fish away until reaching a high enough level and have the cash to unlock new locations (15 in total, some just being the same one but in Winter) which unlock at certain XP levels and require a one off licence purchase for you to fish there. Each fish caught gives the option to claim the cash or the XP, so you're always getting something out of it. Everytime your player level goes up you also get to spend a skill point, with things such as using an Auger (to ice fish on the few Winter levels) or use boats being some of the earliest ones I went for. With there also being much more useful things like lower prices in the item store and hunter vision (see fish under the water) available aswell. The item store has the obvious stuff to buy with your cash like rods, lines, baits, hooks. Think fishing and it's in there. 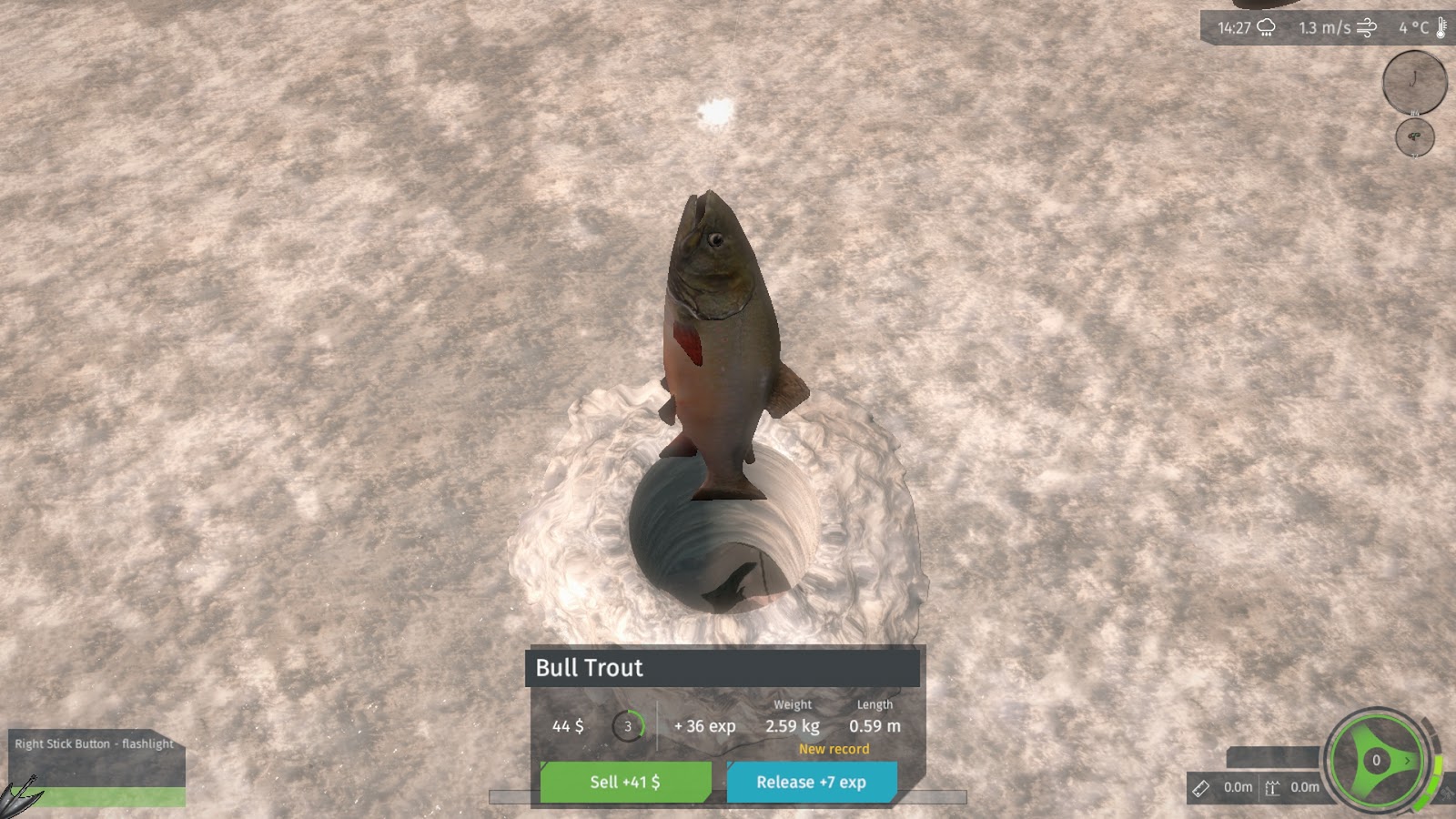 The actual fishing side of the game is where the game is let down massively, with it just not being pleasing on the eye at all, and also just a frustrating experience at times. No matter the size of the fish, the game seems to just spin a roulette wheel if reeling your catch in is going to be easy or overly frustrating for no reason whatsoever. That and the fishing experience doesn't really change no matter the location or fish you've hooked. Using the X button to change the view and you will always be met with the same view almost everytime, with a few minutes passing and seeing a fish attach itself to your selected bait all clunky like. Adding in things like ice fishing and boats does mix it up a bit, but once again once your hook is underwater you could literally be at the very first location you had to play. 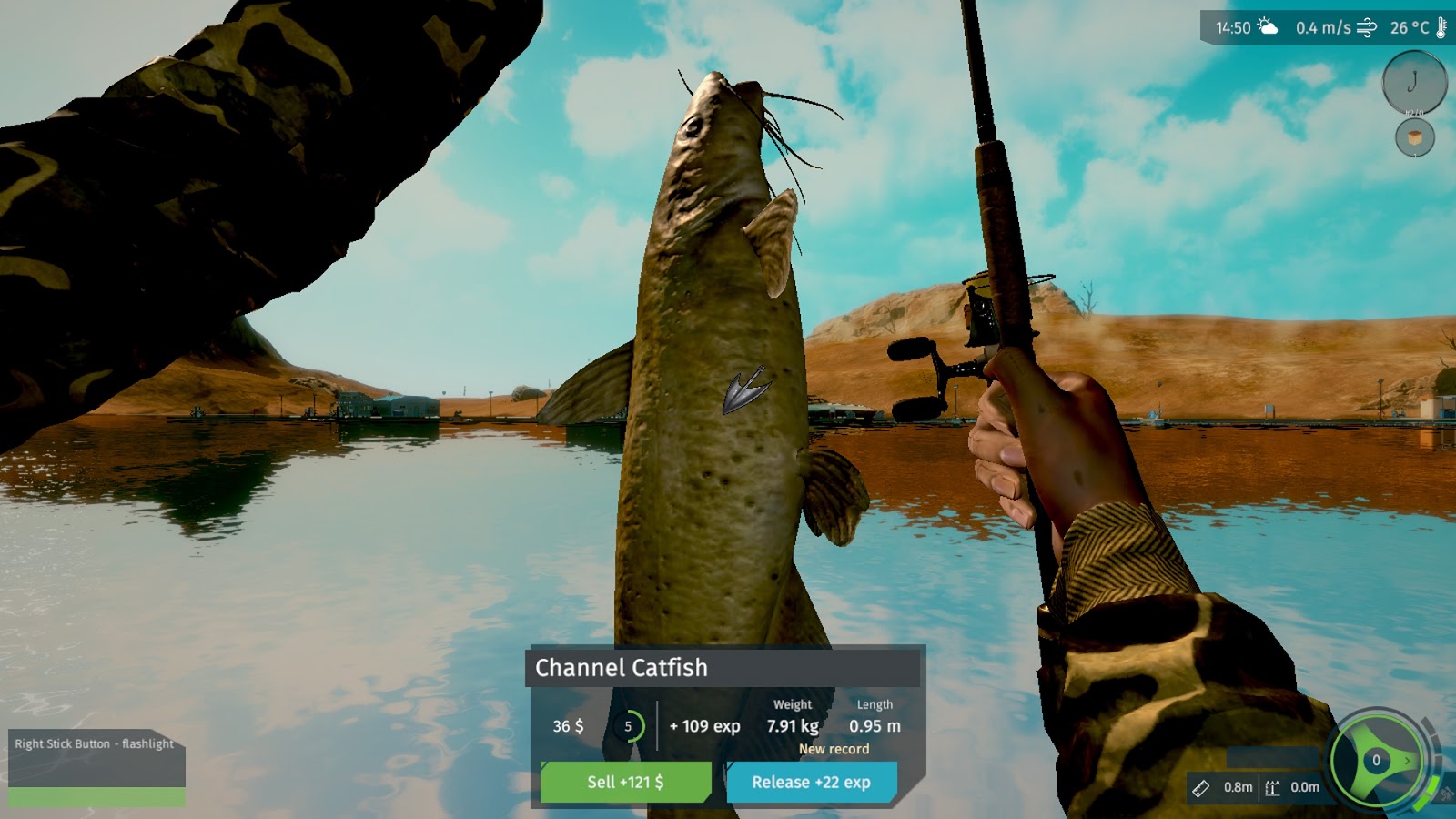 Overall: It's a game that costs £24.99, but there are other cheaper and better fishing games out there right now. See it in a sale for under a tenner and enjoy fishing games? I wouldn't tell you not to pick it up though.
Ultimate Fishing Simulator Xbox One