What Games To Expect This November With Xbox Games With Gold 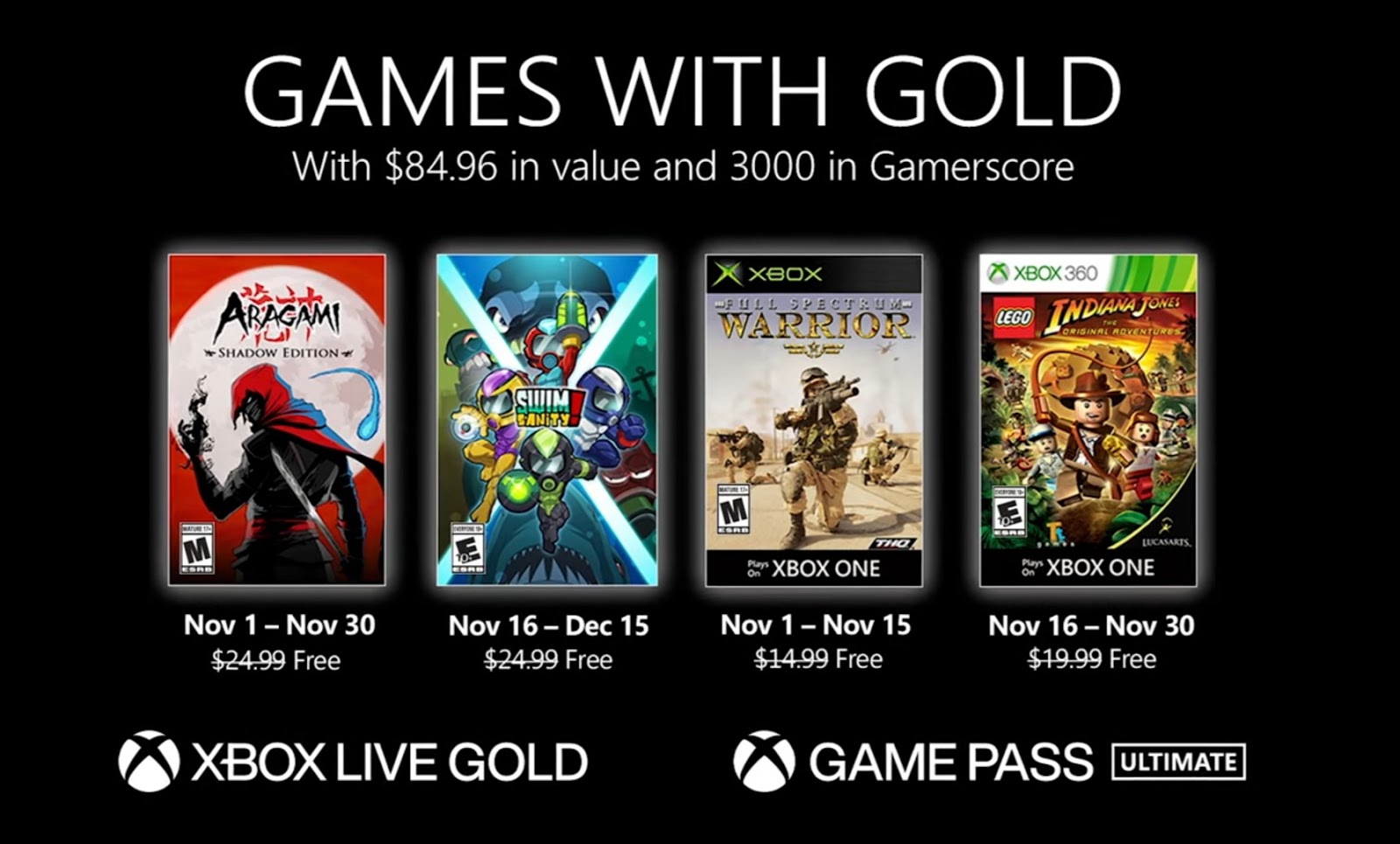 Four games coming at you on the month most of us will be picking up our shiny new consoles. What can we expect? Well take a look.
Up First we have Aragami: Shadow Edition on the Xbox One and Full Spectrum Warrior which is an Xbox OG release, but of course has been enhanced for the Xbox One X. Can't really say much about either of these as not played either of them.
Following up on these come November 15th we have Swimsanity which was an Xbox One release, with the Xbox 360 version of LEGO Indiana Jones wrapping things up for the month of November.
Check out the video for this announcement and a better look at the games by clicking here.
Games With Gold