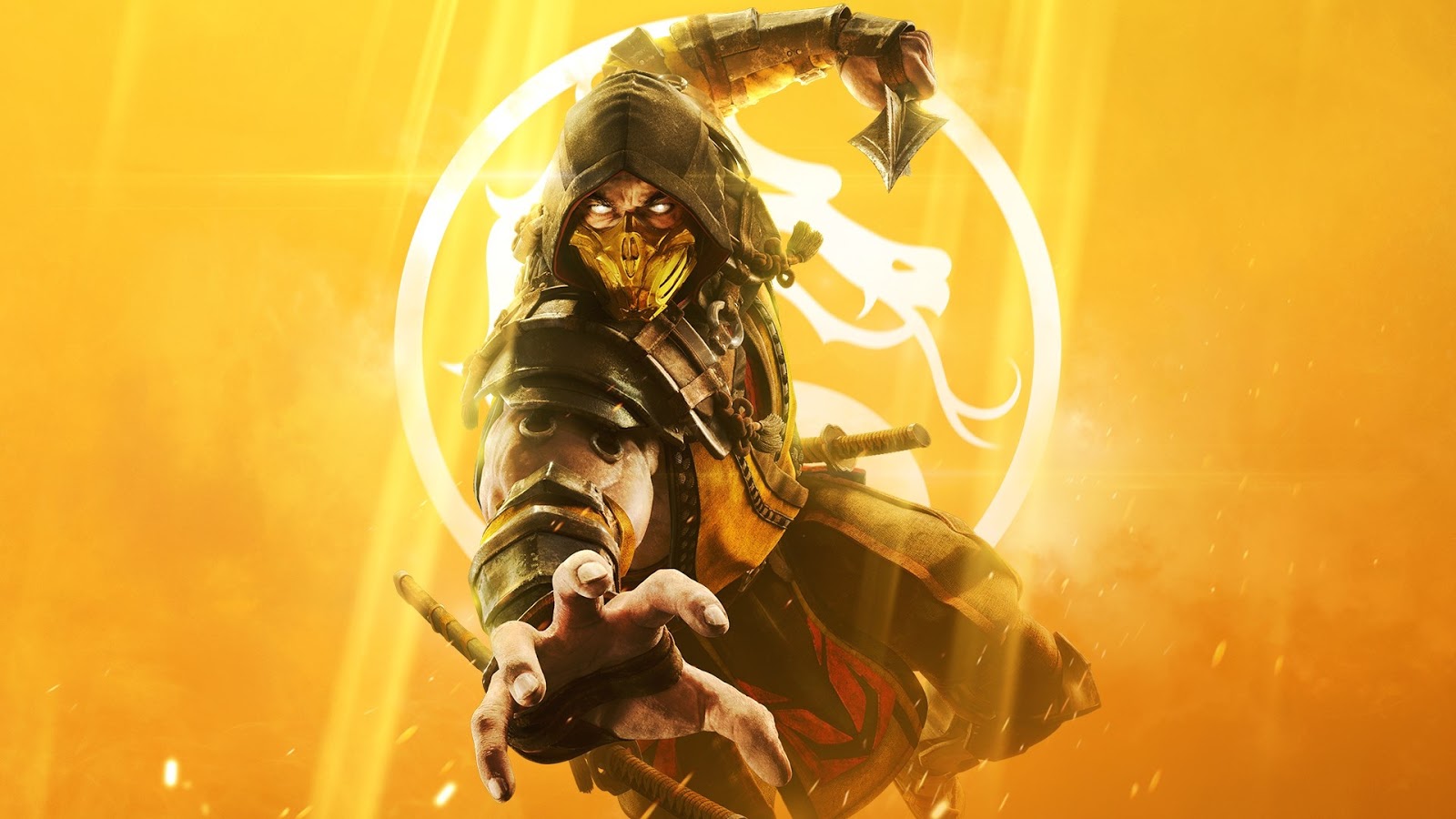 There are just some gaming franchises that will never die and go away. You have the elite level with the likes of Super Mario or Sonic, but then you have that middle area of games that is filled with fighters and shooters, with Mortal Kombat being one such franchise. It still feels like only the other week when I was being blown away with characters that looked like they were real and placed on a backdrop but I could actually control them. Not forgetting my first real introduction to gore and doing things like burning people to death with Scorpion, or tearing out somebodies heart with kano. Time has moved on now however, with MK these days being less known for what were unique things back then, with the game now just being a really good fighting game that throws up a few surprises when it comes to the people you can expect to come across in its ever growing roster. 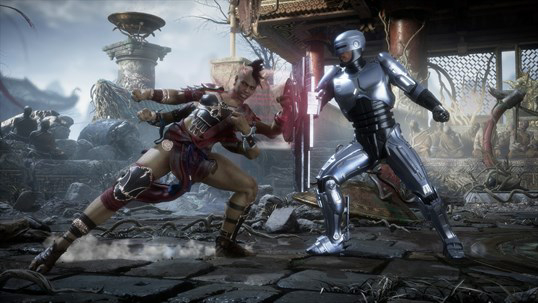 I missed out on reviewing the original release of the basic version of MK11 when it launched back in 2019. This ultimate version I'm reviewing gives you every bit of DLC (not including the recent classic movie skin DLC pack) that has been released so far, which not only includes a second part to the story mode called Aftermath, but also fighters such as Rambo, Terminator, Joker, and Robocop to name just a few of the fighters you can expect to use with this version. 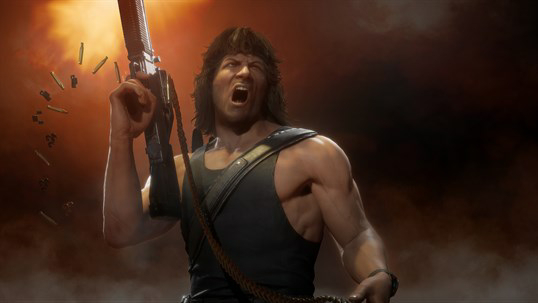 In terms of what modes you can expect to play if picking this up, then MK11 stays close to pretty much what you would expect from any Mortal Kombat game.
The story mode sees 12 chapters in the original story, with the included Aftermath DLC included in this Ultimate version giving you a further 5 chapters to play. The story itself is  somewhat of a hard one to grasp for those out of the MK way of story telling, with time being flipped upside down and you playing as many of the characters, working your way through fights to progress it along. I would love to say I got a lot out of the cutscenes leading into the fights, but after a while it does just become a game of who is going to appear out of nowhere and want to fight you to the death. 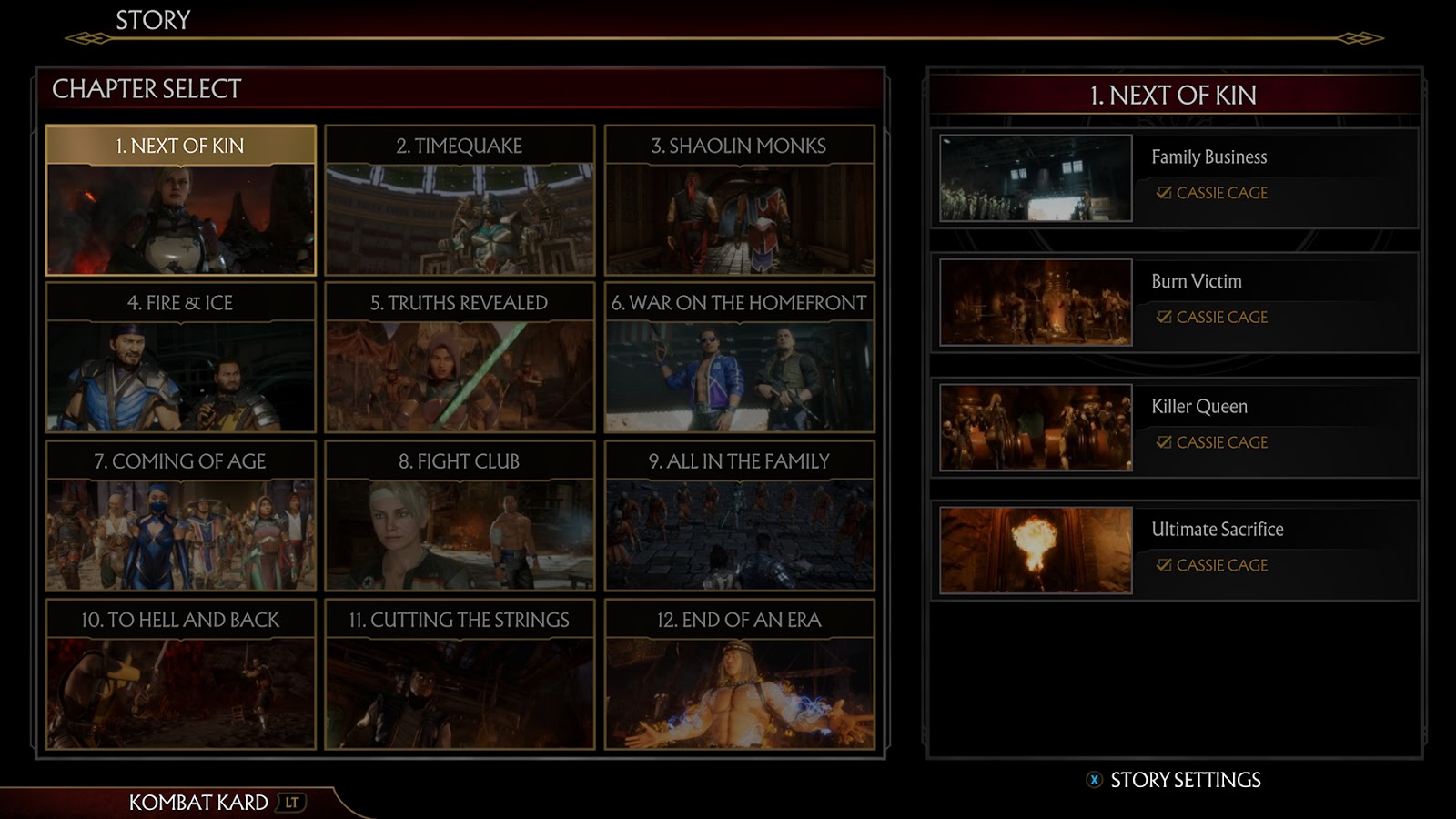 In terms of other modes you have ones such as towers too. These are, well, towers obviously. Start at the bottom and work you way up through a tower of fighters which by doing so will earn you new things and currency to spend in the Krypt (get to that shortly). These towers come in all different forms, from novice right up to Endless or survivor, with endless being one where you just keep going until you get beaten, and Survivor seeing whatever health you have being carried on over into the next match. The pull is to unlock more stuff for the game, with konsumbles up for grabs that give you advantage in these towers, as well as kredits you can use in the Krypt to unlock a bunch of goodies. The Krypt itself is a much more fun way to unlock things too. If you've not done a Krypt before it's very much an extra game mode than a simple click and unlock things. You're given an area to explore and items such as a hammer to help you go around spending your kredits to add stuff to the game or unlock to look at in your kollection. 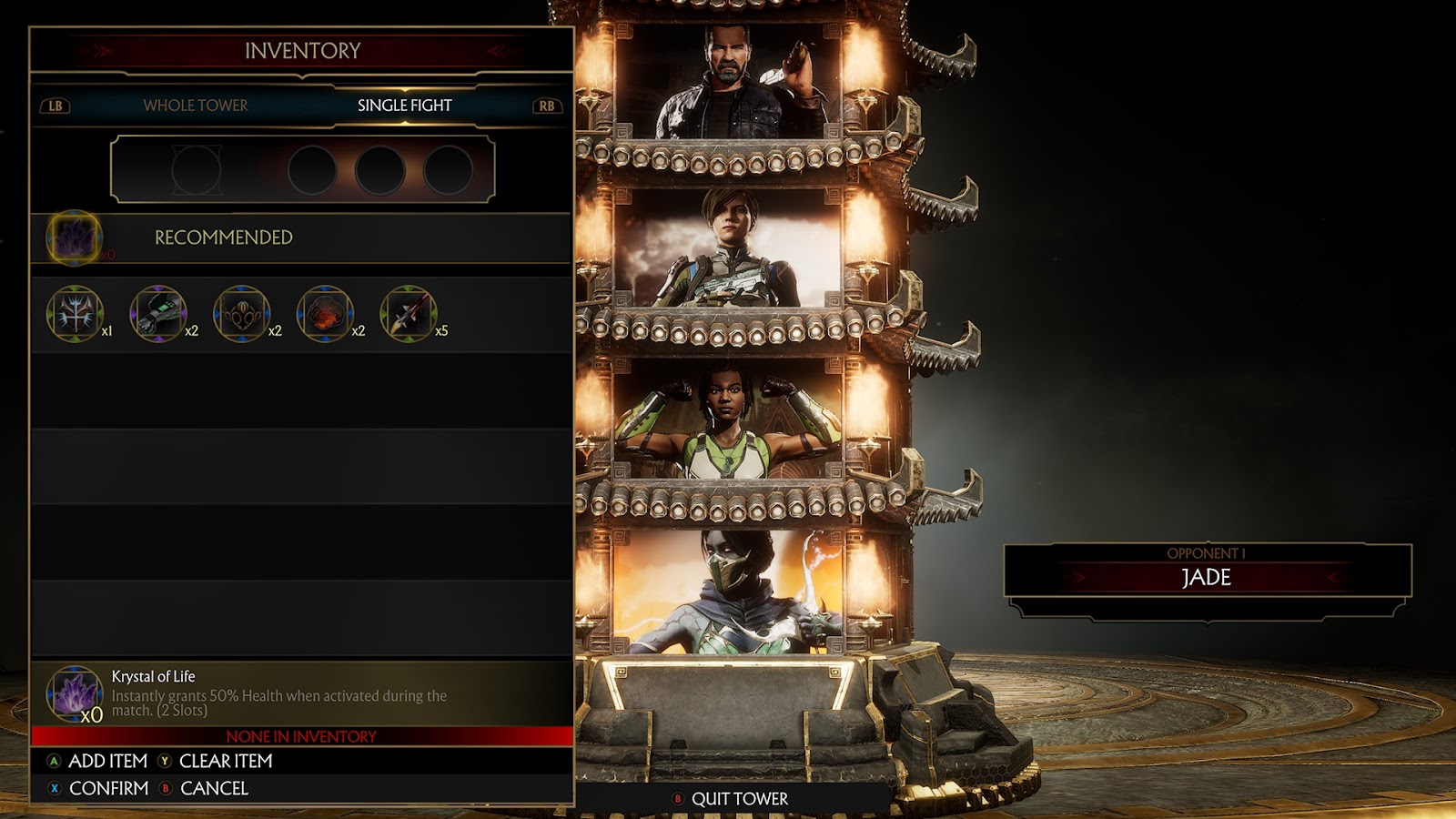 Online and offline play is here too, with tournaments to make or just jump into a fight with a friend 1v1 if you so wish. The online side offers private games and lobbies, as well as a ranked league scenario, as well of king of the hill to versus, with the option also here to flick a switch to try the krossplay beta in matchmaking. Will you get your ass kicked? Probably. But if you somewhat decent at the game then you will of course get much more of of this side of the game. 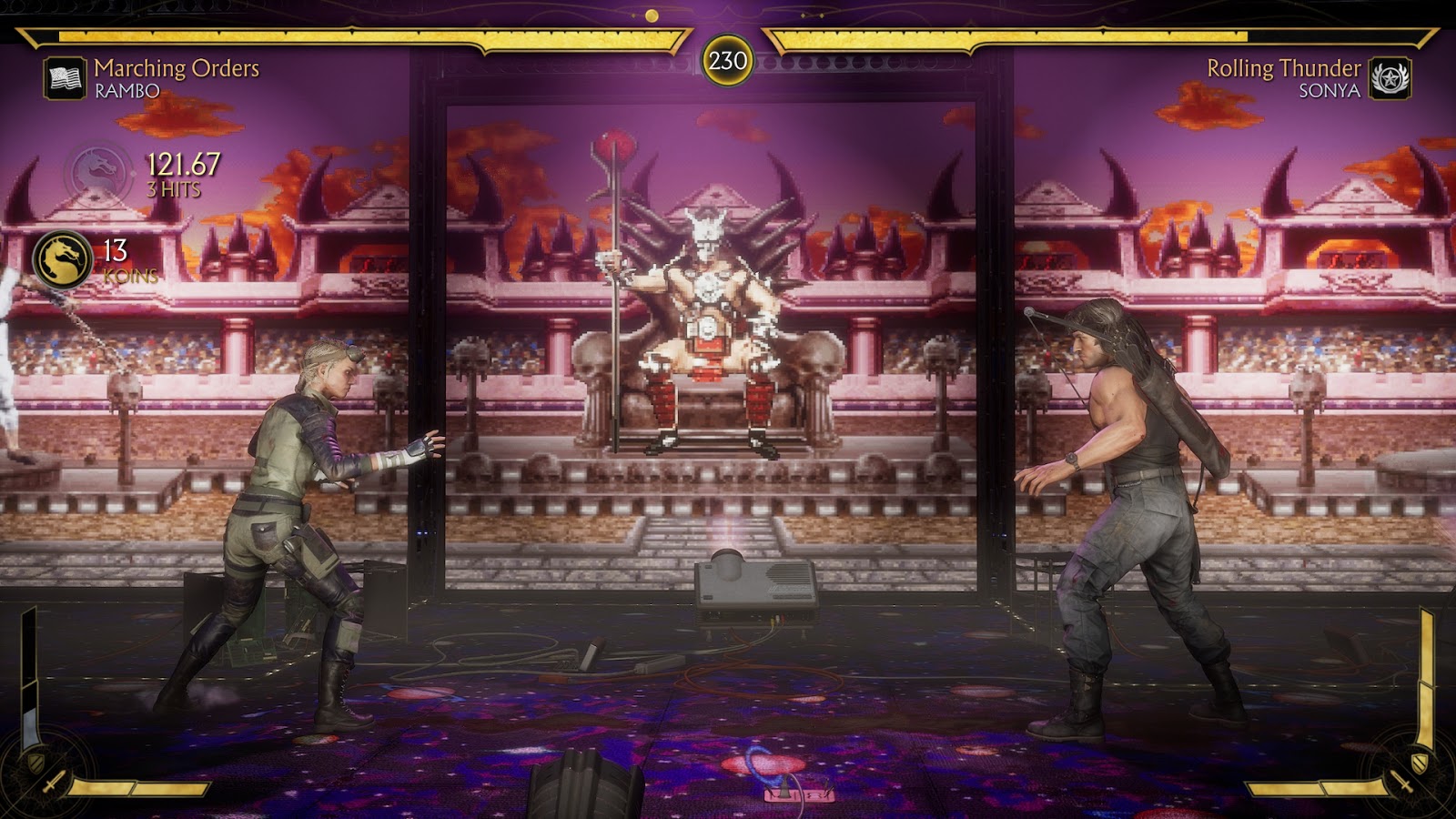 In terms of the actual Kombat in the fights themselves, they are nothing but great fun. Slow-mo jaw breaks and explosions to vital organs will kick in when landing a sweet move, with a fatal blow becoming available if your energy bar falls below a certain level (30%). Press both trigger buttons when the prompt appears and you unleash a move that would kill any normal human, but with this it's more just a last shot at pulling yourself back into the fight. Be the victor at the end of the match and you can do a number of things to your opponent outside of the campaign, as these are not available here. Fatalities, friendships, and brutalities are all there to learn and master. Making the end of every match have something a lot more fun than a basic victory pose. All in all, nothing but good things to say about the main aspect of the game at all. 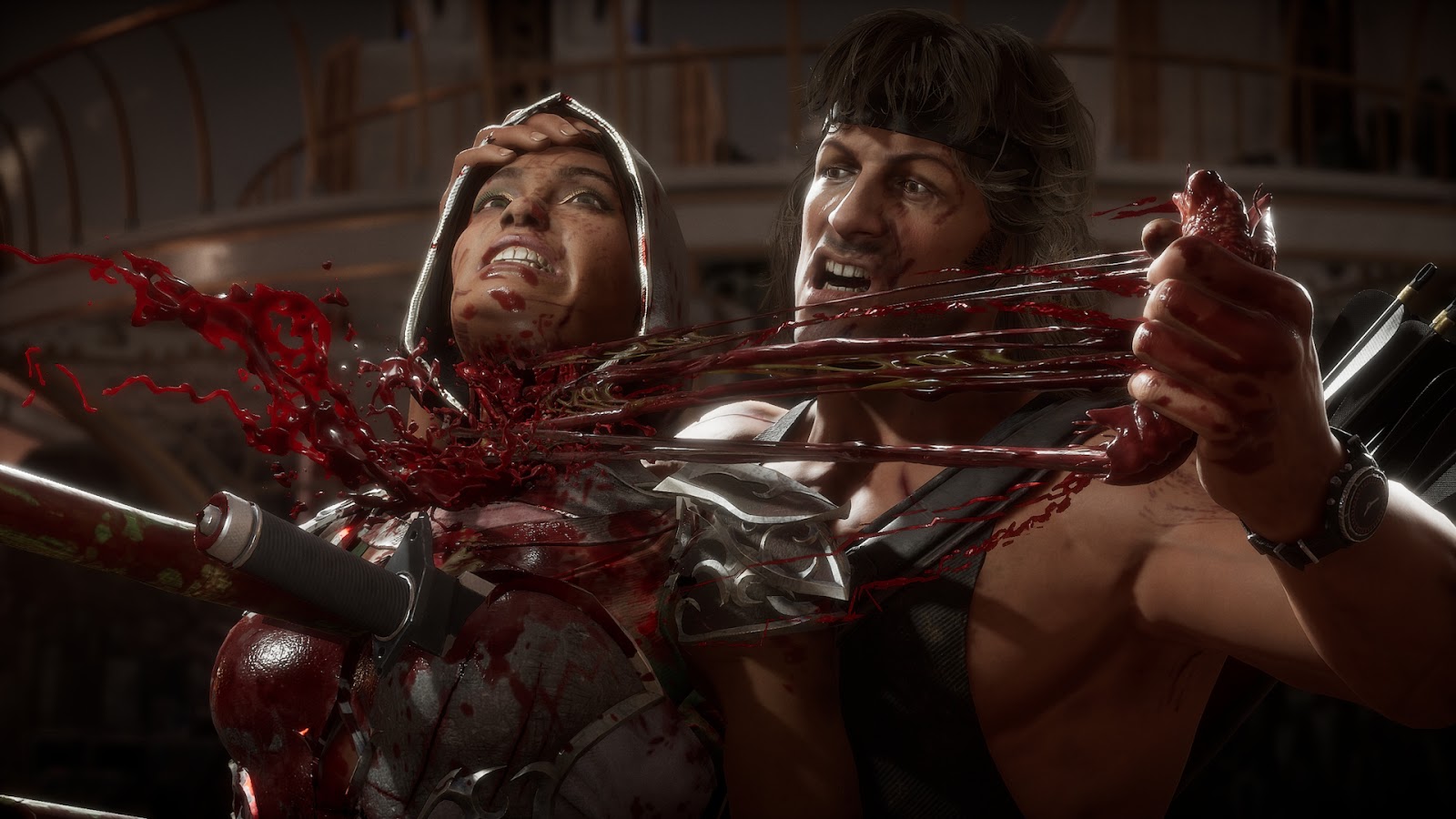 Overall:
Just nothing but fun with this review. I'm not the biggest fighting guy in the slightest, but what MK11 does, it does it all well. Put a really well made kombat mechanic, along with a roster of well-loved characters, and also throw in some iconic movie characters, and it just makes for a great game to boot up and lose and hour or two in. So yeah, pick this up and go have some fun.
MK11 Mortal Kombat 11 Ultimate Series S Xbox