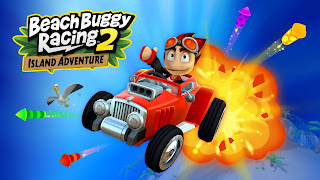 Probably a lesser known series to most of you who come across this review. Beach Buggy Racing is a series that will always hold a special place in my heart, due to it being a game that came to consoles when the then two small kids of mine got into gaming. Beach Buggy was one of many racers that they took a shine to back then, so I just look back at that time fondly. Seeing this sequel come to mobile devices a while ago and giving it a quick try, it was a sure thing that I would want to give the game a proper look when it came to console. 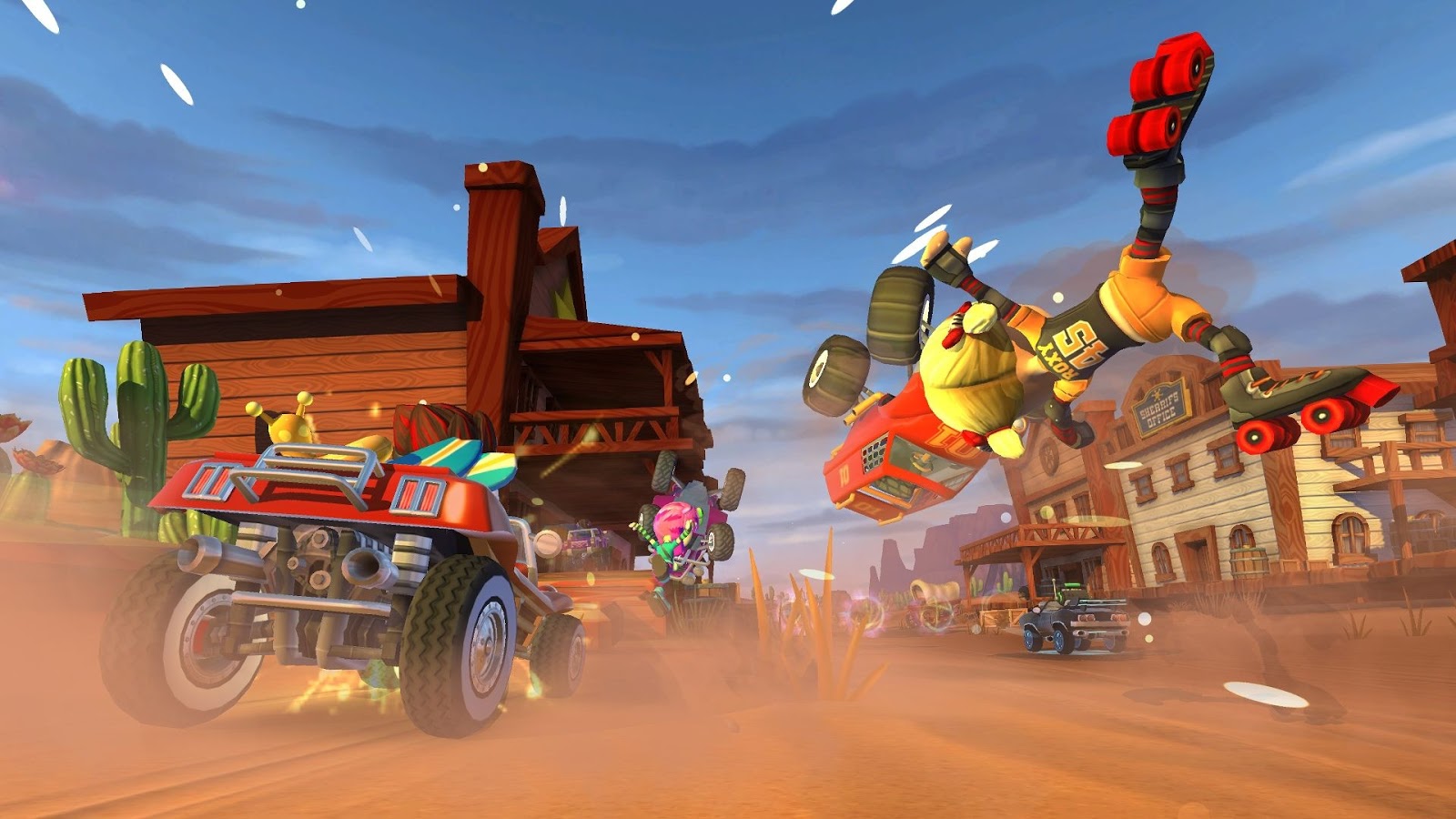 If you've played any sort of kart racer in the past you will already know what to expect from BBR2.
I would say the Adventure/Story mode is where I've spent most my time, but actually calling it story mode is perhaps a big stretch, with the only story aspect being cutscenes which reveal the unlockable character for each section of the map. You essentially work your way through races where you earn stars, with these stars not only helping unlock the next location but also unlocking new characters like I mentioned above, as well as upgrades for your car, and new powerups becoming available to you. The races found in each location offer a decent mix, ranging from one-off races, to cups, to just races that see you needing to stay ahead of the pack or just trying to beat a certain time with the track also being covered in fireworks. So yeah, bit of everything here. 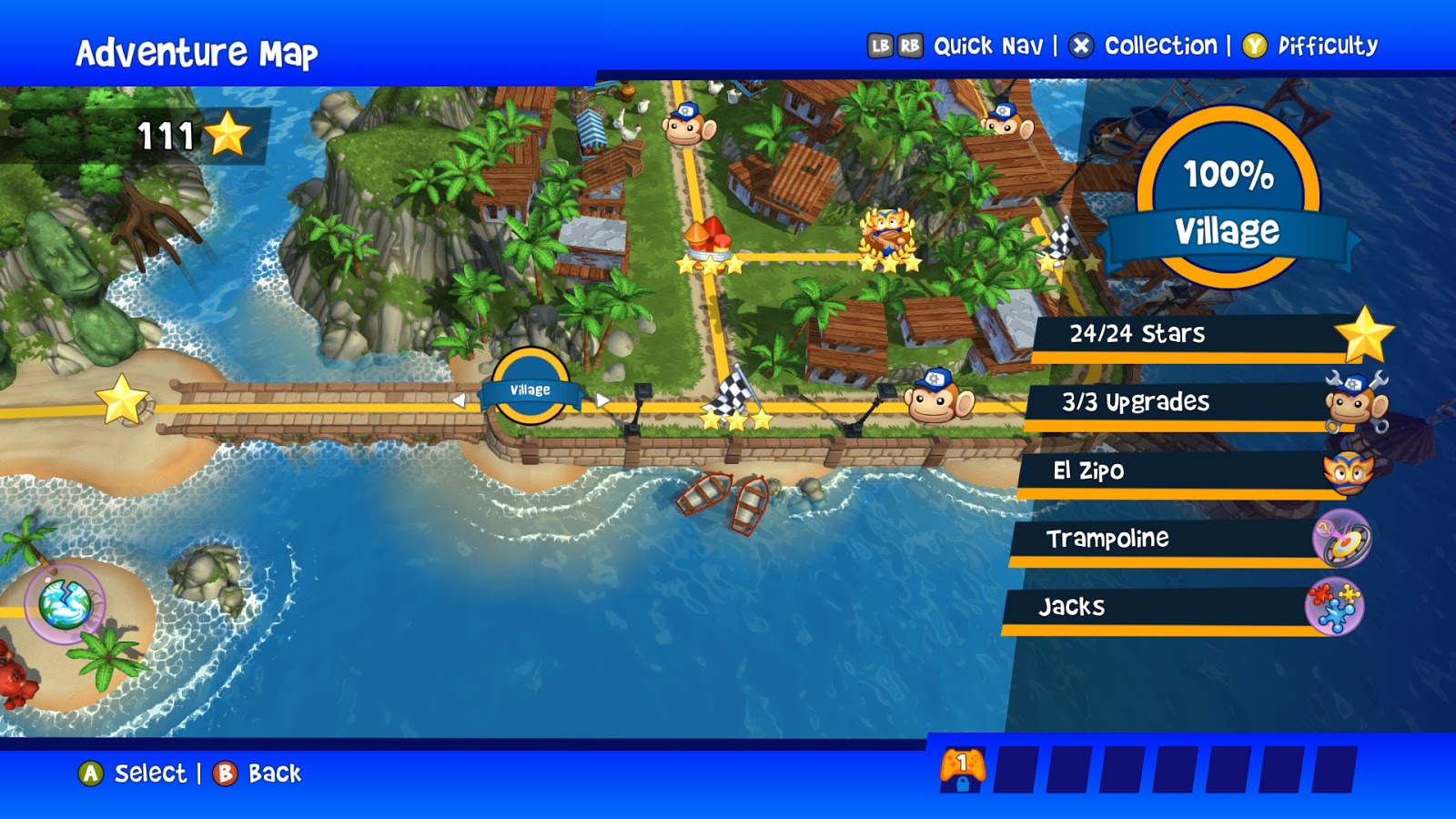 The one issue I have had really, and this probably covers any mode you will play, is the game just being a bit too brutal at times, no matter the difficulty setting you pick. Leading the pack in any race is what it's all about, but it can also be a frustrating experience when every other character seems to get every single powerup known to mankind as you turn the last corner to win the race. I mean this happens a lot, not just on last corners, with me having to just wait out a few seconds in the middle of a race where I've seemingly been hit with things that obscure my view, sent floating into the air, while also having dynamite thrown onto my car that explodes if you touch anything. Nothing you can really do at that point other than accept that once it stops you need to make your way to the number one spot in time if you have enough laps and track left to do so. 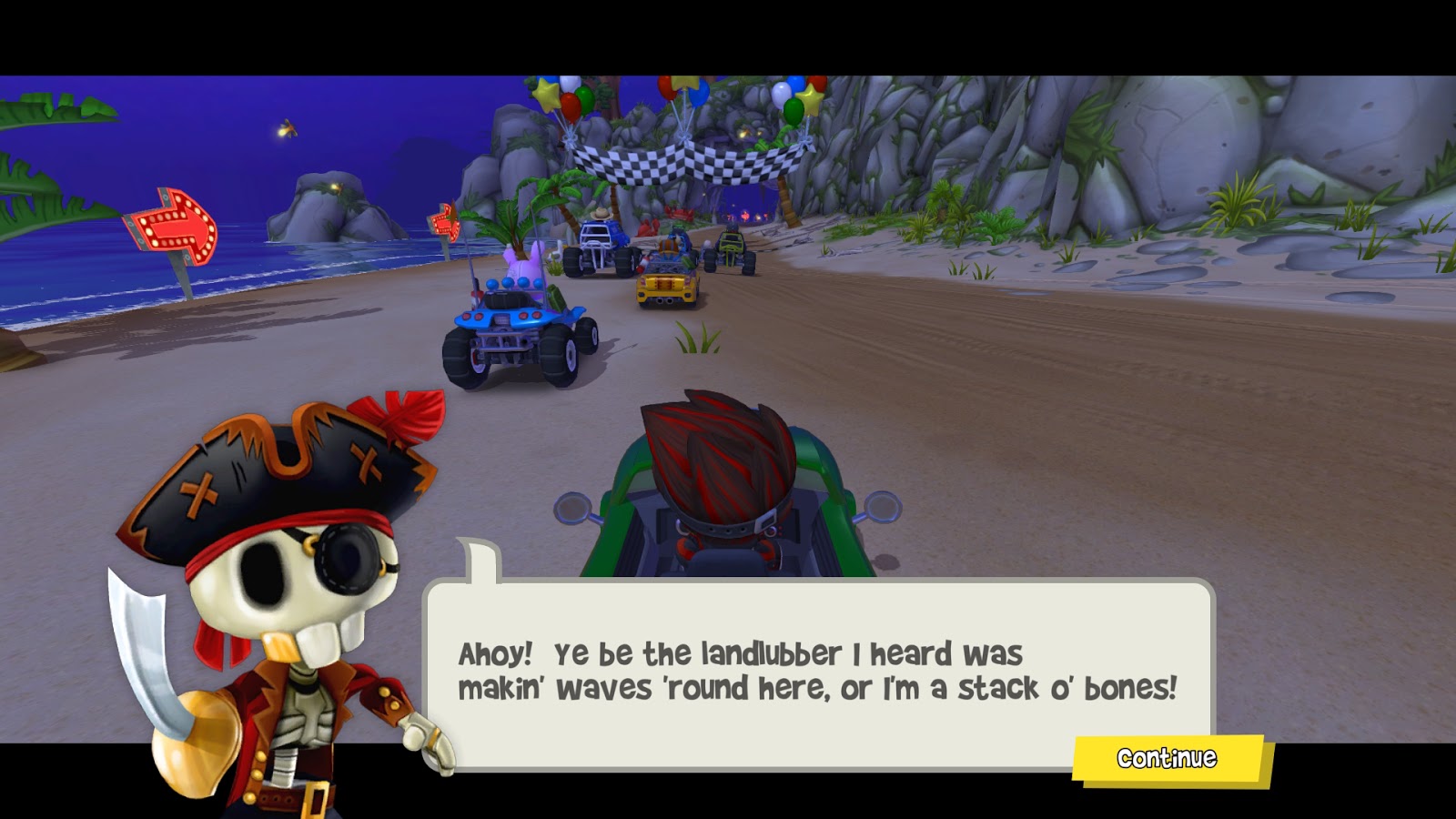 Away from Adventure mode, the modes on offer are Championships and also a mode where you can pick a standard race or try a more unique mode such as firework fury (avoiding fireworks on the track to beat a set time), Drift Attack (drift to score points, hit a set score to win a medal), Last Car Standing (what it sounds like), and finally time trial. You also have a Tournament section, basically the online leaderboard portion of the game as no other sort of online play is available. Here you must complete a certain objective to try and score well enough to sit high on the global leaderboards. 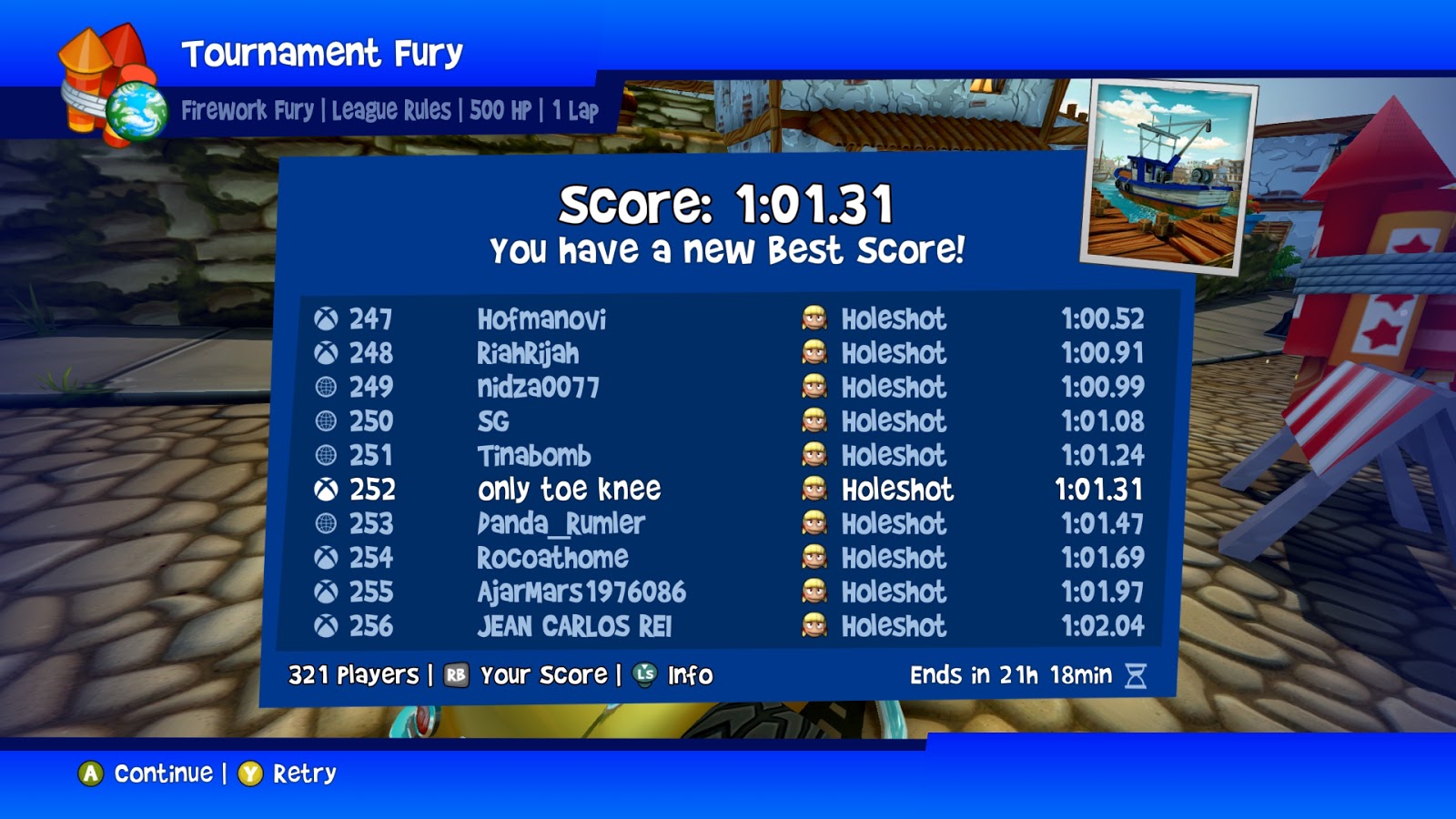 Guess the last thing to touch on is really how it looks and feels to play. Away from the annoyance I mentioned earlier in the review in regards to powerups sucking out some of the enjoyment of it all, the game elsewhere really doesn't have any issues. Racing games that have the whole Indie vibe going for them can tend to have that terrible like floaty feel when playing, and while I'm not saying BBR2 will blow your socks off, I am saying it does a fine job of being okay in what can be something that kills any sort of fun you can have with these types of games. Looks wise it's all bright and colourful, so if you've got young kids they will certainly enjoy it a bit more, with characters in the game looking like something they would find in their favourite cartoon. The same thing can be said for the tracks you race. One minute you're racing around a shipwreck, to then racing around an underwater tunnels or in a dino jungle. 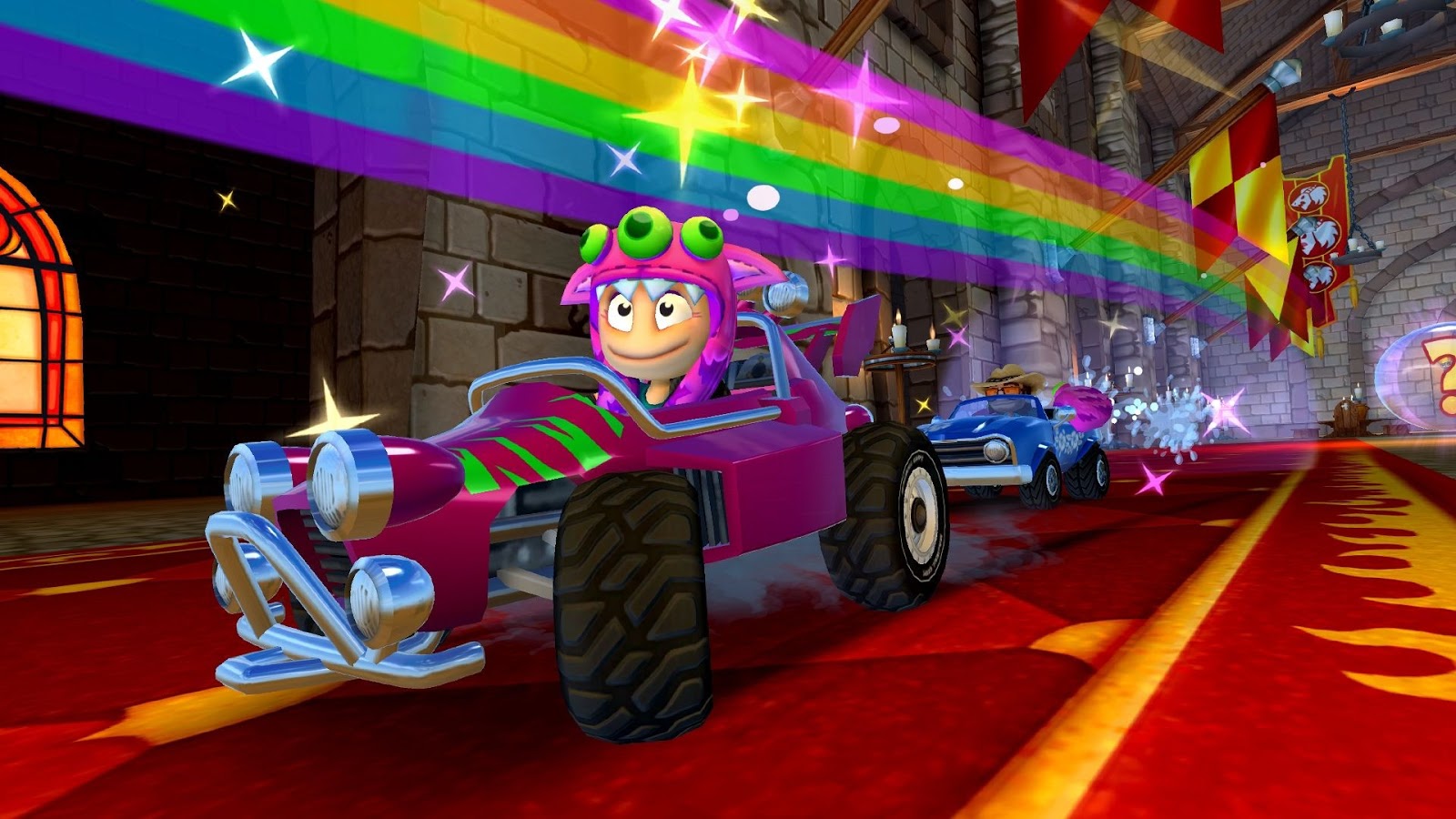 Overall: As an adult gamer I can't say this will be a game I load up on a daily basis, but for those of you out there with kids or just looking for a somewhat budget racer, then it certainly one to think about. You can also try out the free mobile version of this on your mobile. So if anything try out that version first to at least know what you should expect from this console version.
A review code was provided for this review
You can find the game on the Xbox store by clicking here
You can also find the recently released Hot Wheels DLC by clicking here, or the game + DLC by clicking here.
Beach Buggy Racing 2 Vector Unit