Been an odd few months hasn't it? Checking the site the other day and realising I've not posted anything since December was a shock even to me. I won't bore you with the details as to why, because I'm sure most people reading this are going through exactly the same thing. Butttttttt anyway, today I bring you a tiny little review of a few items that the lovely guys at Venom sent me over a few weeks ago. Truth be told I could have typed up something a day or two after I got them, but hey, what can you do. They were kind enough to send me over a Twin docking station, as well as a two rechargeable battery pack. Links to both these items can be found in this post I did about their release by clicking right HERE.
First off, what do you get in each box. 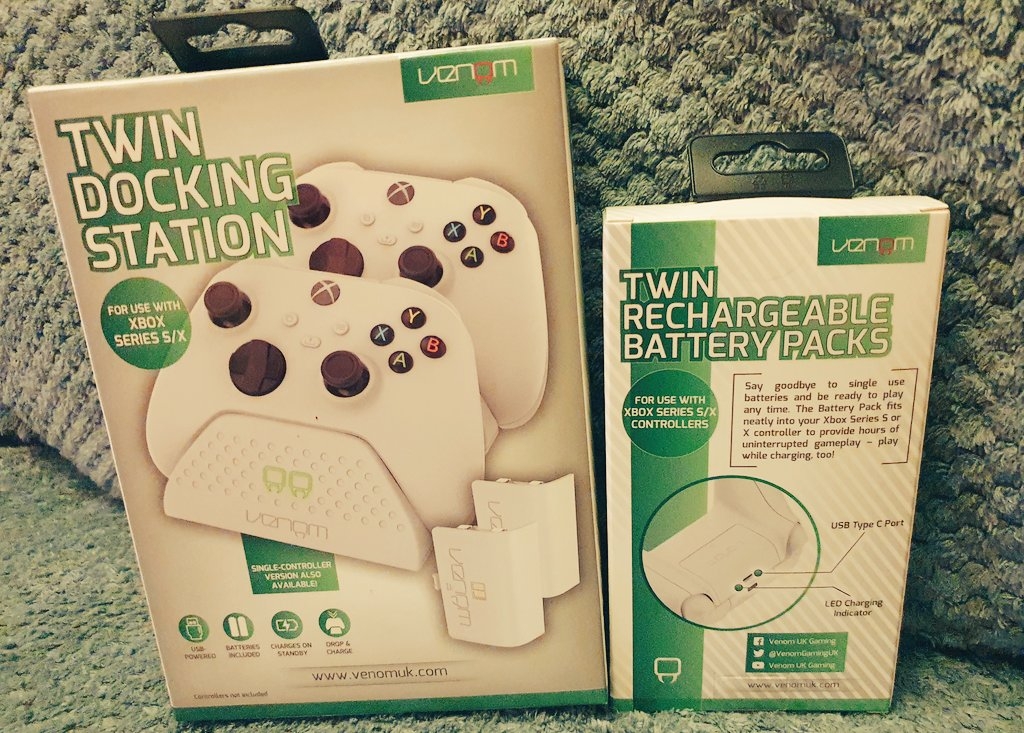 In the box of the Twin docking station, you get the docking station itself along with two 850 mAh batteries, and a 2 metre long braided charge cable. One feature on the docking station that also deserves a mention is the additional USB port found on the back of the device, which for me came in handy for a number of reasons that I will go into a bit more detail later on in the review.
The second item is what I would class as the more budget and basic version of the above, with the two rechargeable battery pack being a bit cheaper and of course lacking the docking station. In this box you simply get two mAh batteries, and a 3 metre braided charge cable which has 1.5 metre split charge, so you can charge both batteries at once. Or with the split charge you could charge one battery while also charging the other while you play. 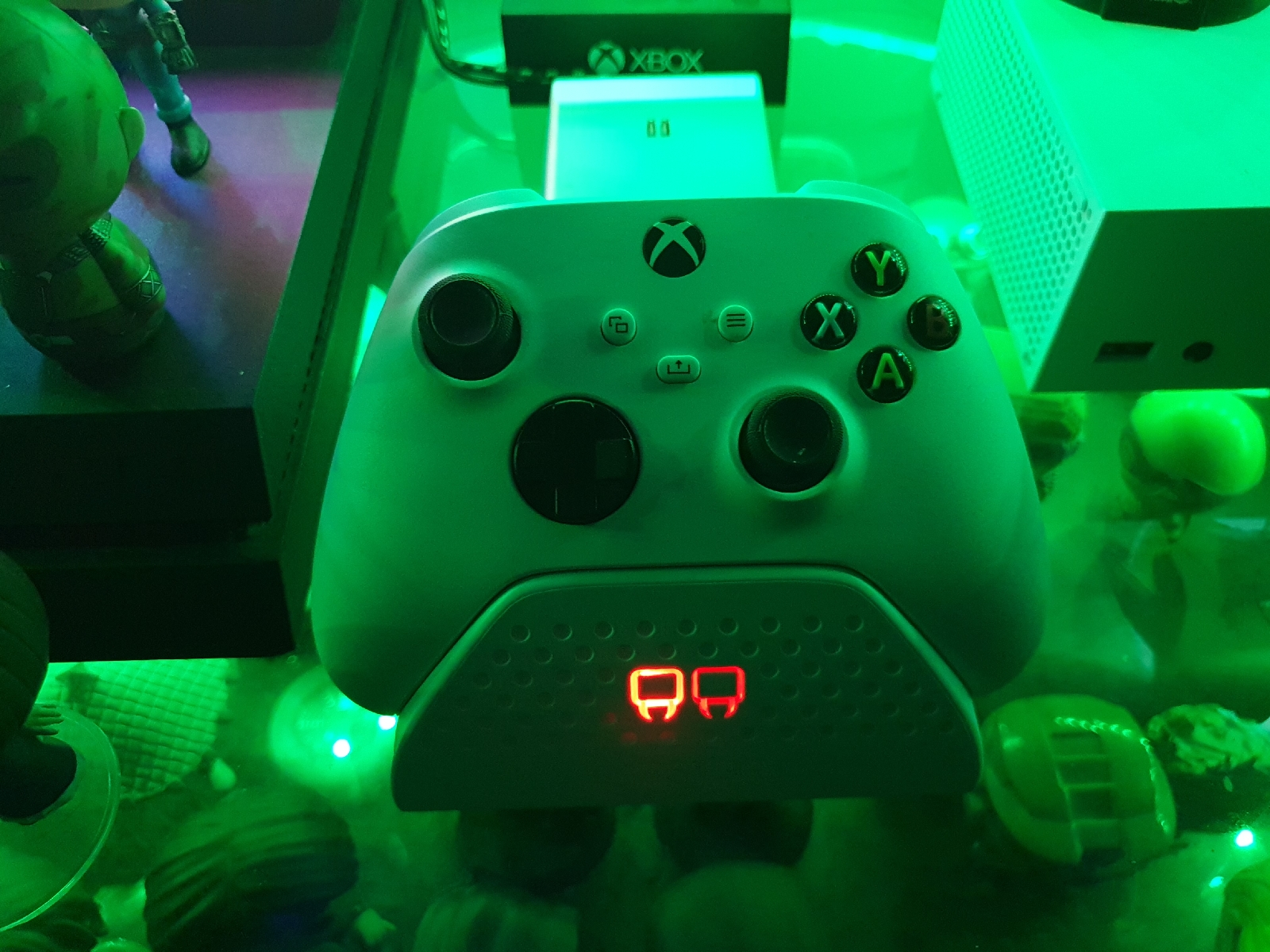 In terms of charge with either of the batteries included, they tended to last me a full days use on each full charge. Activities like playing music and the controller not timing out, to just playing a game for a few hours here and there, I never suffered the deadly low battery alert popping up. If I did the second battery would have been there to save the day. I will say on first use you might find them hard to actually get out your controller to charge up or switch over to the other battery. I know I sat there for an hour or so worrying I would break the controller trying to get it out. Once you get the knack of placing a sturdy thumb into the middle bottom of the battery and gently pushing up for it to unlock it will soon become easy enough to do though. 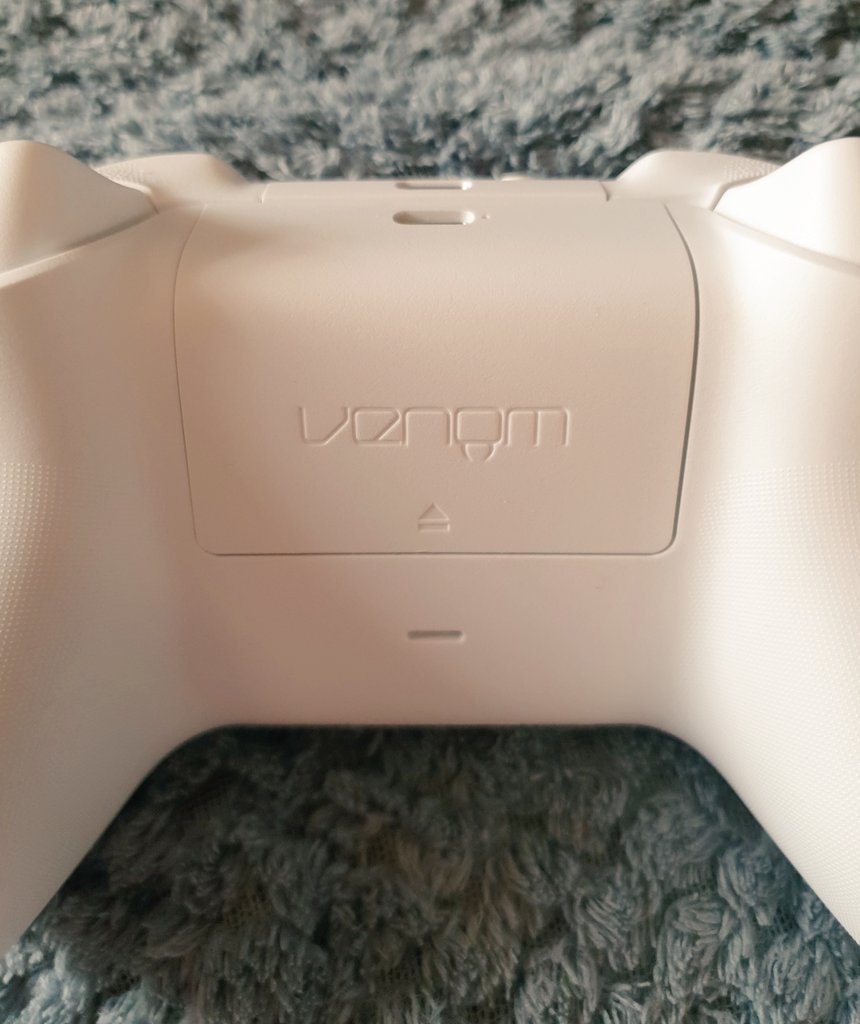 Another new feature I loved to see Venom adding is the charge cables now being braided. On previous charge cables it featured cheap looking black plastic which could get twisted or stretched and tended to break far more easily. Not only that the wire is just more pleasing on the eye now with its hint of green added. 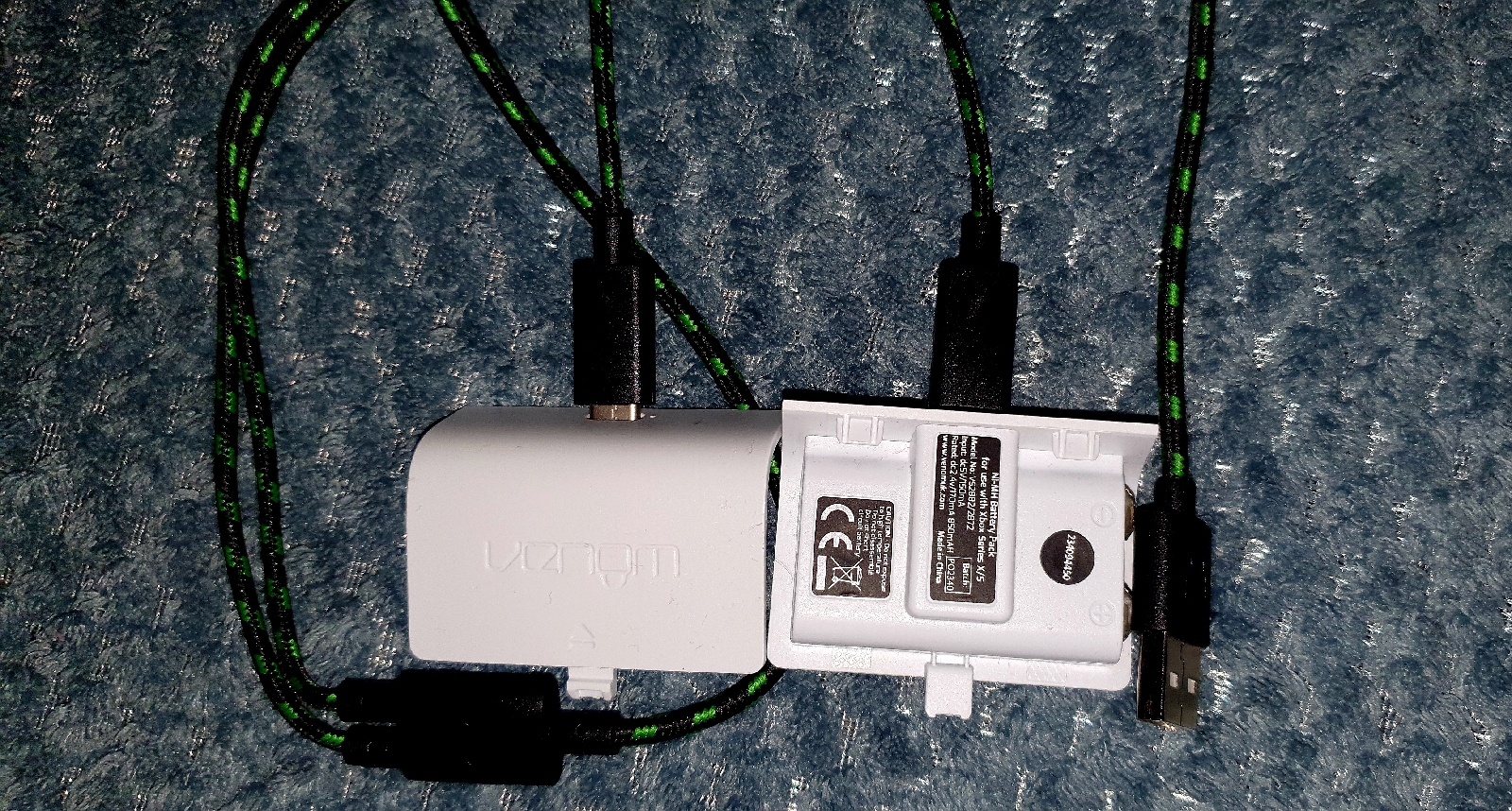 So with both batteries and cables covered the only thing left to talk about is the double docking station if you are looking at picking that version up. Two options are available for the docking station with a single one available too. The only difference on the docking station to the battery packs are the battery charges via a small metallic strip on the back of the battery, that when in the controller sits on the dock and looks all need and tidy. Of course you loose the ability of playing and charging at the same time, so I would say pick this up if perhaps you have a set time you tend to play. The handy LED indicator lights on the front of the dock stay a shade of red when charging, but turn green when you're fully charged and ready to go. The previously mentioned additional USB port also comes in handy too. I tended to use it to power one of my gaming lights around the TV, but you could also use it to charge another two batteries if you picked up both items I've reviewed today. Like I said, just a nice extra feature.
Overall: These battery packs were never not going to score well from me, what with me being a huge fan of what Venom have shown in the past of being a company that offers great value. Truth be told I would have picked these charging devices up from them sooner if stock wasn't as limited as they were before these turned up in the post. They have already saved me a bunch of money, as I'm not picking up batteries every week to fund my addiction, so if you game a lot these are really a no-brainer.
Once again links to the Amazon listing for both products can be found in this previous site post by clicking HERE.
Venom Xbox Series S Xbox Series X