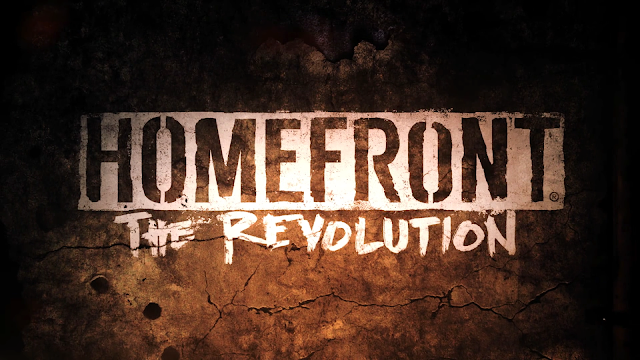 I think it's fair to say that Homefront perhaps never saw the best release when the game launched back on May 20th here in the UK, with the game seeing a ton of mixed reviews and previews around the Internet. Because of this, before I even got a hold of my copy and playing it for myself I was a little worried as to what the game had in store for me. I'm not one of these guys who played the original Homefront back on the 360 either, so if you want a review from someone who has played that one too, I suggest looking elsewhere.

Homefront kicks off with a cut-scene that chronicles the relationship between America and a North Korean tech company by the name of The Apex Corporation. Starting out making simple phones and tablets, it's not long until the American government starts paying them and the North Korean government (or Norks as the like to call them way too much) to make weapons that will hopefully help protect their glorious country. With wars taking a toll costing America billions, they soon default on their debt payments to these groups which sees a back door off switch to all this military they once had being used, turning all their weapons into nothing more than scrap metal, throwing America into a crap ton of mess, and the setting you will see throughout the game.

You play the role of Ethan Brady, a man who has made his way to Philadelphia from Washington to meet a man by the name of Benjamin Walker, the leader of the Resistance, and a man looked upon by many as the one that will help get America back to the great and safe place it once was. Of course in videogame land this meeting doesn't end well, with Benjamin taking a bullet to the leg and then being found in the hideout he waited in by the KPA while you went out to get help. It then becomes your goal to go and break out Benjamin, while also trying to do as many things as you can to make the streets of Philadelphia a little bit safer, not only for you but also others who are part of this revolution. If you want to the watch the first 45 minutes of the game then check out the below video, it might even do a better job of my written explanation of the story above.

When writing reviews I always tend to do so with a notepad by my side, and Homefront has seen me changing my written down opinion on it on numerous occasions now. Homefront plays a lot like games such as Far Cry, Dying Light, and Metro 2033 all mixed into one melting point of a game. While the game has that story I spoke about above, it mainly has you off doing jobs that require you to either breaking something or taking something from this  lifeless KPA group, who as a gamer you are supposed to hate. The true fact is though you just kind of don't care that much, and that's totally how I ended up feeling about the whole of Homefront as I'm typing this up 15 or so hours later.

My first sore point is Ethan and the world the games takes place in itself. I get why having a voiceless lead character is the way to go sometimes in games like this, as it lets the player feel like he/she is playing as him/herself in some weird way, I get that. But Ethan being that and having awkward moments of people talking to him and asking him questions, which in turn sees them getting no reply back at all but seeing them answer like they did, as a gamer it sucks you out the experience completely. The same can be said for the characters who you are trying to help out too, as rather than you feeling sorry for them you just don't. Here you are risking your life for these people only for you to accidentally nudge a random person supposedly on your side in a hallway or doorway to have them call you prick or other curse word. Why the hell should I even care about you if a simple nudge makes you throw curse words at me? You are more than welcome to go outside this safehouse you sit in full of guns and actually do something rather than block my only way out.

Second we have something which you may have seen more coverage about on other sites, and that's how awful it can be to play sometimes. Much has been made of the faults of Homefront in terms of glitches and freezing and so on, something I've suffered a lot from too. Guys blocking doors which forced me to go out and in of a door again so I could pass. The two worst things though were the freezes and loading times. Loading up a saved game to carry on with my game can take a stupid amount of time to load up, which was a massive deal to big sites when Just Cause 3 had the same issue back when that launched. The freezing in Homefront however is the most annoying thing I've come across, with the game locking up and just sitting there for 10 to 20 seconds at a time. Doing anything like opening the shop, completing a mission or job, you name it. Do anything that requires and ending of sorts and there is a high chance a screen freeze is not far behind. It's being worked on though, so hopefully we see a patch for all these issues sooner rather than later, but I would not be surprised if this hasn't already cost the game a load of sales already. 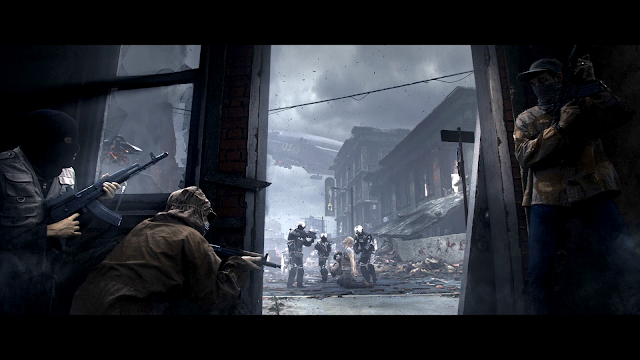 In terms of major things I feel needed to be mentioned on Homefront: The Revolution, that's pretty much it when it comes to my annoyances in the game. I felt getting them out the way first would allow the game to have a strong finish in this review and not be all doom and gloom. Believe it or not Homefront: The Revolution does deserve some credit in some areas of the game.

Outside of the above issues and the story experience not really offering anything new in this genre, Homefront: The Revolution does well with the fundamentals a game like this should have. I can't fault the gunplay in the game at all, as when combat is needed in any area be that that melee, guns, or grenades, Homefront has a pretty solid backbone in those areas. As you work through the game you also get the option and chance to upgrade your guns and yourself like you would expect, but that requires cash. You can earn money a number of ways in the game, but mostly through doing small jobs found on boards in safehouses, completing missions, to finally just scavenging the world around you as much as you can.

While much like the campaign missions however, all the side quests available across the whole board can slowly become a tad repetitive, with all of them being a mix up of something else you have done previously before hand. It's because of this that Homefront starts to become a rather dull experience, so much so that if I was playing the game more for personal pleasure rather than the need to so I could review it, it would have already be gathering dust on the shelf by now, and I would already be on the look out for my next game to play. 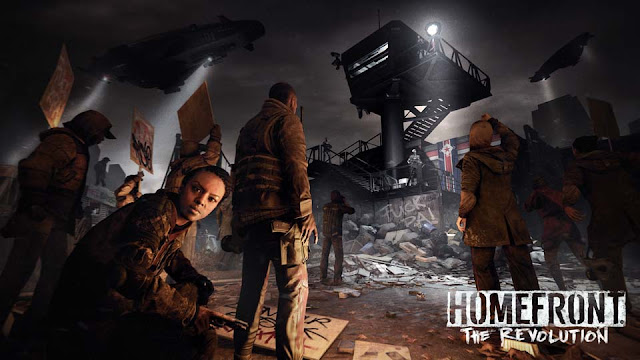 Homefront offers two types of play with the above mentioned story single play campaign being the major part of the game, but also Resistance Mode (online co-op) also being there for you to try out. Six levels to play through all offering something different, but with all having a goal where you and your team must pull together to complete. While this mode was alright the times I played it, it was also tarnished by those people who run off way in front not being helpful and also not caring about the rest of the team. All that being said, a nice yet small distraction from the main show which is story mode. 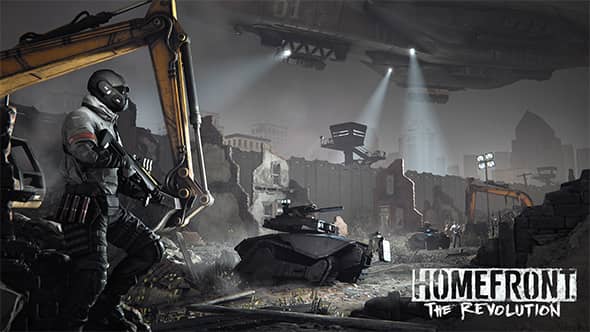 Overall: Homefront: The Revolution for me sees bad points weighing out what small good points the game has. While I did find myself having small pockets of fun just blowing stuff up with rockets from a window or rooftop, the lack of anything new to see, and those annoying glitches stop the game getting anywhere before it is given a chance. This being said, those who enjoyed stuff like Dying Light and side quests in games like Far Cry and other games like that might find themselves getting more out of this than I did.