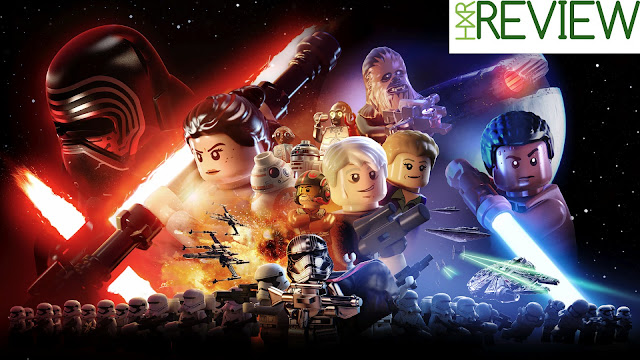 An easy way to make money is by taking two massive franchises and putting them together to make something big, which is something Warner Bros and TT Games have been doing for what seems like an eternity now. We've seen the likes of Batman, Harry Potter, The Hobbit (still my personal favorite), and other Star Wars adventures to name just of the few games. The focus this time around is once again on Star Wars, with The Force Awakens getting the now standard LEGO spin on what the film offered to those who got around to watching it.

I've said this in the past about the Star Wars series, I can happily live without the recent films in all honesty. While in my younger days enjoying the movies and even owning some of the vehicles and figures being a big part of my growing up, I guess I just grew out of it all the older I got. What these games do is sort of let me enjoy seeing what the movie had to offer, while at the same time giving me some mindless fun as well as those sweet tasting achievements. The question remains, does The Force Awakens try anything new which in my eyes it needs to do, or does it just go with what they know sells and won't kick up too much of a storm? 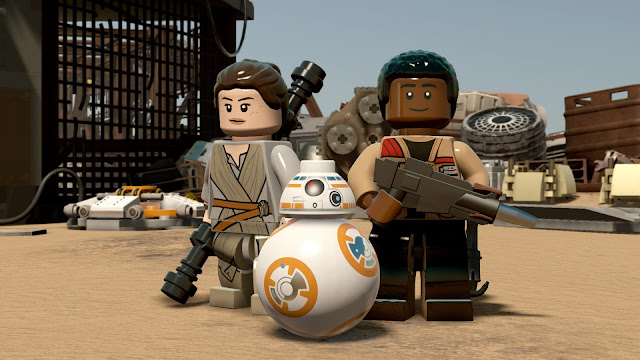 The LEGO version of The Force Awakens follows the movie pretty closely, with the game also seeing a few exclusive new levels that take place between Return Of The Jedi and the new film. Of course, the game once again has that loose leash to give it that humour filled world that these games tend to have too. A few new things have been thrown into the game this time, with things such as Blaster Battles, and Multi-Builds now being a thing

With Multi-Builds the game offers you multiple choices on certain bricks laying around, with each choice offering you something different to build which then allow you to reach or make something happen in the game to make it worthwhile building them all.

Blaster Battles have that Gears Of War style cover system going for them, with the game throwing you into cover and having you take out enemies while popping in and out of cover.

The game also has a few times where you take control of the Millennium Falcon, which I assume sounds awesome for a Star Wars fan to read I'm sure. The sad truth is however that these parts just felt poor to me thanks to they way they handled, seeing me more times than not struggling to keep  control and getting to where I needed to be to take the shot on an incoming enemy. 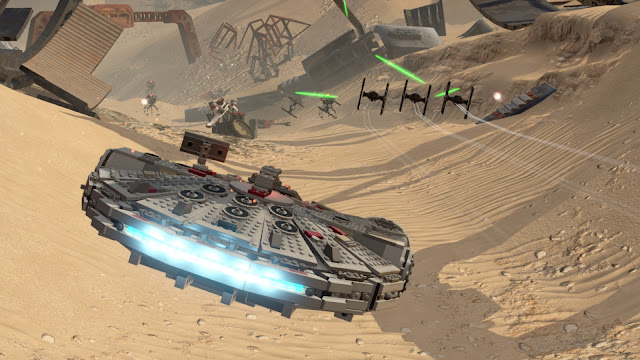 While most of these are decent additions to the game, they are still not enough to make it feel any different from any LEGO game we've played before. Once again the tried and tested format we've seen in pretty much every LEGO game since existence is there, but I personally would love to see a few more risks taken with these games now. The pull of collecting studs, characters, vehicles and enjoying the LEGO take on the film is still enjoyable, but I'm at that stage now where the humour is not enough to cover a format that has seen hardly any experimenting with, making for an experience I've now played numerous times. 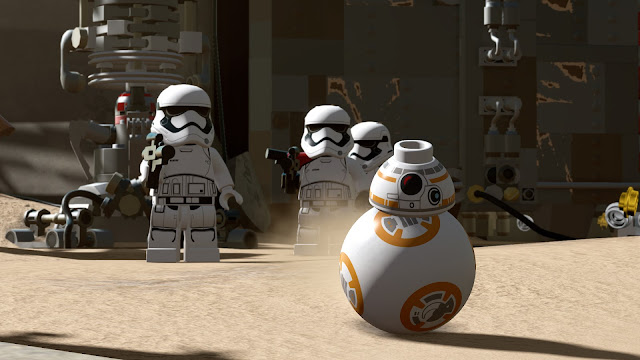 Overall: It's more of the same this time around with this LEGO: The Force Awakens, which is either good or bad depending on where you sit with previous games in the franchise. While I've enjoyed my time with the game, I do feel a few more risks are needed to make whatever game is next up for the LEGO treatment, to stop many of us overfilling and being sick of what was originally a great and fun format to play.

Cons
Nothing really new to mix things up