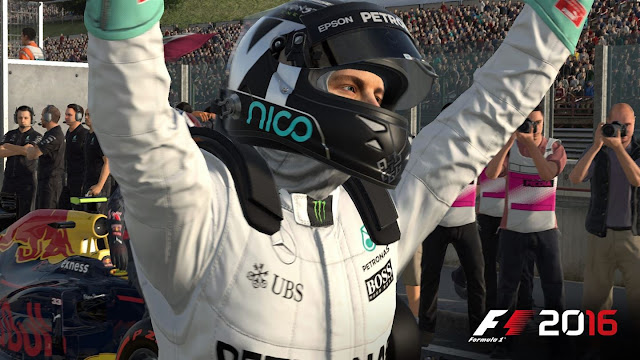 I recently had an email coming through to me, offering me the chance to review the latest F1 game from those guys over at Codemasters. Not being that into F1 in all honesty, it took me a while to decide if I should even try to review it or not. As me reviewing an F1 game is like a fat man reviewing the latest must have salad (utterly pointless). I've dabbled in a few previous F1 games in the past (race stars being more my cup of tea), but not to the point where I can say that F1 has been a massive part of my life at any time. None the less, I decided to give it a try, as what's the worst that could happen when taking myself out my gaming comfort zone? Other than three weeks of trying to put some words together for a review of course. 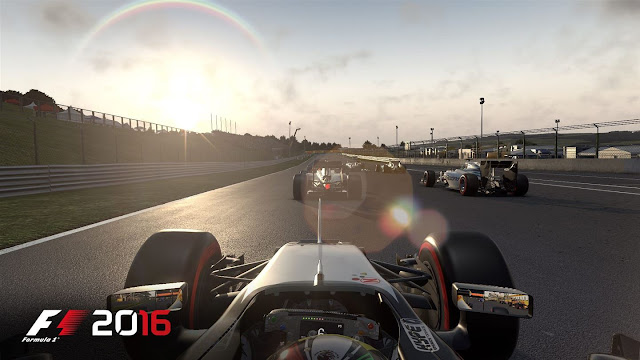 F1 2016 promises to be the best F1 game yet. With a bunch of new features giving any F1 fan out there the chance of living the dream of being the next big thing on the track. Cars, drivers, and circuits which have all featured in the 2016 F1 World Championship all feature in the game. Graphics wise, the game looks superb. But I have also had moments where bugs and glitches mid-race have happened to me too, but not to the point of me having to rant about it too much.

While the game has the normal time trial and championship modes we come to expect, Offline Career is where I've spent most of my time, and is offered in both standard and pro variety for those giving it a look. Without digging too deep into these standard looks to offer a few more options at the start of the game, with pro being exactly what it says. Choosing the standard way of play you get to choose how short/long each weekend event is, as well as and how easy/hard you want your experience to be. Not being a fan of the sport, even the shortest way of play did feel at times a bit of a slog. But that's more my fault than the game I guess.

From here you go on to creating your character that you will take through this journey of becoming the next big thing, but with a limited amount of options to craft yourself other than a few helmets and a choice of faces, this can all seem pretty basic. To be honest with you the game failed to fully grasp me and keep me playing for anything longer than hour bursts once I got playing. If you're not talking to people sitting at a desk about resources and other things you're working towards, you're doing practice laps, qualifying laps, and then you have the races themselves. Racing around the same track a number of times can start feeling like a slog when you're not a fan. Too many things going on at once which stop the novice guy getting around to enjoying what underneath is a pretty decent racing game.

Other modes on offer are time trials and championships, so more of the same just in bite-sized bits for you to dip in and out of. 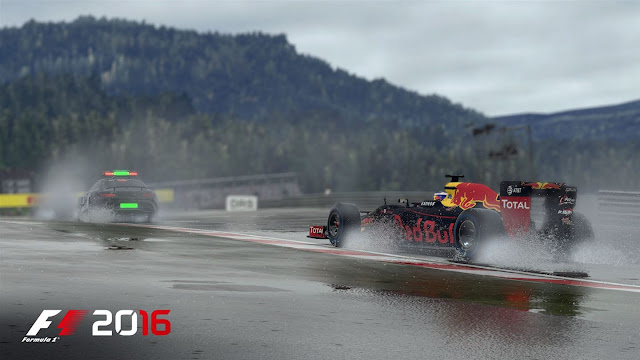 Jumping online was what I expected in all truth too, offering more of the same but with real people this time around. It was nice to see a ghost option in a racer though, as I've lost track how many online racers I've played in recent times that have just been me getting rammed all over the place, sucking all the fun out of the game entirely. The online offers rookie, sprint, and endurance, with rookie being the place I took my online driving skills. The other modes are there though for the better players of course, offering longer experiences with tougher car handling. It was just a fun time racing people no matter how bad I sucked handling my car, so I'd say this was more my thing than the stat heavy career mode I spoke about above. 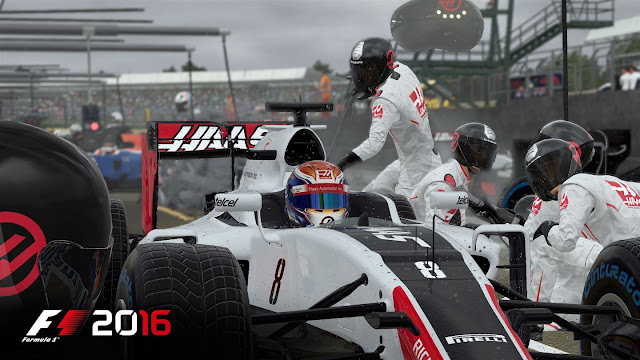 Overall: F1 2016 ticks all the right boxes for fans of the sport, and will be a game they will sink a ton of hours into, be that career or online. Guys like myself  though will find themselves bogged down with stats and things that they're not familiar with, which in turn make it a racer that won't last very long in their disc drive with more fun racers on the horizon (see what I did there).