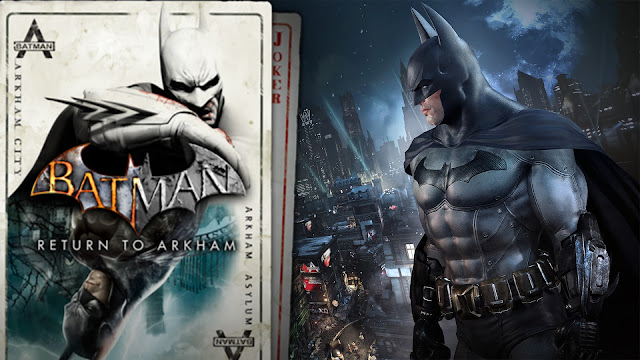 As gamers, we tend to throw around the word "classic" or the term "best game ever" a lot these days, with any remaster that we've seen on the current console generation being called one of these by many people at some point in time. When hearing the news about this Return To Arkham collection, I will be honest, I wasn't really that interested in going back to Arkham anytime soon after feeling like I was only just there with Arkham Knight recently. With the last game being bloody gorgeous, what could a remaster of two older games that released back in 2009 (Arkham Asylum) and 2011 (Arkham City) offer to me and returning players?

It just seems like we can't leave a good game that was looked upon fondly alone these days. Rather than just allowing it to return to the backwards Compatible catalogue for those that want to experience the original, we must get a remaster released and put a top price on it to boot. I promised myself I wouldn't go into a remaster rant in this review, so here are words on the game rather than me going off on one. 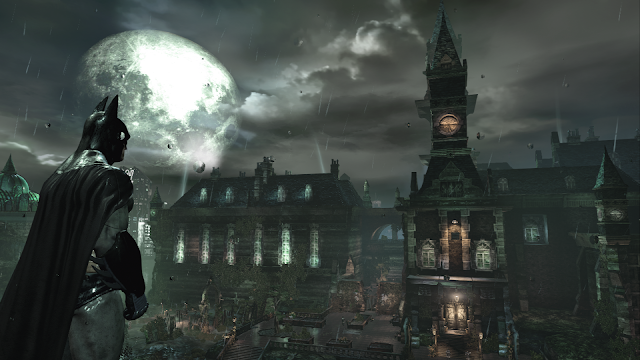 Like I said above, this collection features two games in Arkham Asylum and Arkham City, but when searching the internet the one thing you will see a lot is people asking why Origins is not included in the collection? The answer would seem to point towards that it was developed by Splash Damage, but might also be that many saw it as one of the weaker Batman games (I've not forgotten you annoying Deathstroke boss). Also had they crossed games and added Origins into this remaster, I would assume there might have also been some crossing of certain story elements in the game too, and the last thing you need in a collection is stories of characters getting all messed about with when sitting down to playthrough what feels like a movie collection. 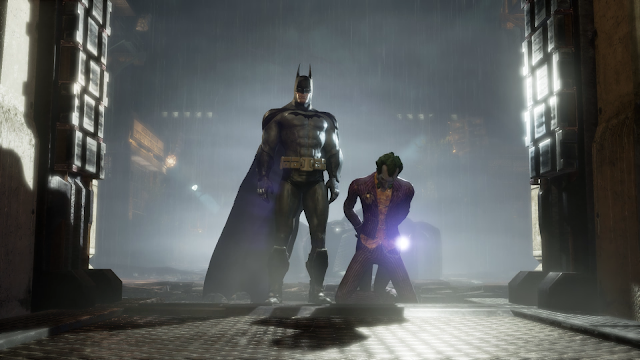 Kicking off where it all began with Arkham Asylum, the game begins with you escorting Joker to his cell in the Asylum, with Batman thinking Joker is up to something. Sure enough along comes Harley Quinn who helps this crazed lunatic escape, this is after what has to be the longest walking down into something interactive opening scene I think I've ever had to play (twice, thanks to playing the original).  From here on in you find yourself taking down groups of goons and other big characters from the Batman franchise as the story plays out, while along the way unlocking new toys to play with that will help you check out the sights of this Island a little bit more. You will come across people such as Bane, Poison Ivy, Scarecrow and more along the way, but the main end goal as it were is to stop joker using his Titan formula, which is an enhanced version of the drug used on the character Bane, and that guy is jacked.

Loading this up I dreaded it in all honesty, as I'm not the type of guy who tends to enjoy playing games again that I've finished previously. It took me a couple of days to get going with Asylum, but I soon found myself addicted and enjoying the game all over again. With the game releasing back in 2009 it's a big enough age gap for my brain to only remember certain key points throughout the story, so little things that happen along the way had been wiped from my old forgetful brain. It allowed me to enjoy the game once again, so for me at times it felt like I was playing a new game other than a remaster.

You could write huge segments on things found in the game, but many of us already know how good things like the combat system is and how much replay value (thanks to the Riddler) the game has already. The combat System in the game still doesn't feel dated and is still one of the better ones seen in games such as this to this very day. The toys I mentioned earlier also still feel great too, but I did find the lack of a boost when hitting RB to grapple up buildings a feature I really found myself missing. 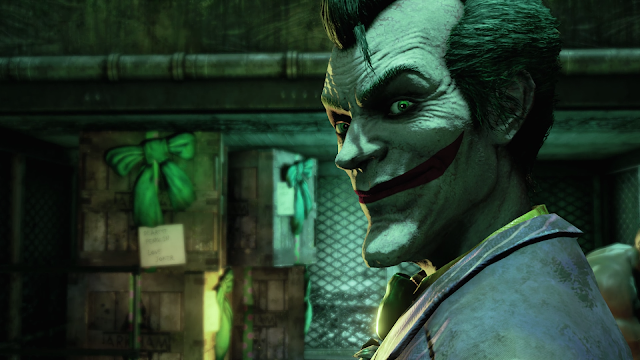 Both games in this collection also feature all DLC that was released with these games previously, with Arkham City coming out best here. Asylum only has Challenge Maps to offer you and I, a part of the game that never really interested me at all when the game came out the first time around, and something that hasn't changed to this day.

If you were to ask me if the remaster made me think "WOW, this looks better than I remember it" Then the answer would be no, not really. I've had a blast playing through it all over again though, and as long as a game does its primary job of making someone have fun ,and it isn't utter trash to look at, I'm happy. The below video shows off how much better the remastered games look......well most of it, apart from older looking Batman looking better in my eyes.

After the enjoyment I had with Asylum, I couldn't wait to carry on with the game via the Arkham City portion of this collection. The game itself is pretty much the same game as the previous one, only this time seemingly on a grander scale, with the world the game takes place in just looking better and feeling a bit more open. The main story bits of the game still take place in rooms and places like those seen in Asylum, but this time with a bunch of side quests that urge you to explore the outside world of Arkham and its many characters. Overall it just feels bigger experience over the first game, but not everything works well this time around.

While it improves in some places, I have to admit that the story this time around was more confusing and slightly less enjoyable as the simple one found in Arkham Asylum. With Joker injecting old Bats with a drug that is slowly killing him, you spend most of the game trying your best to get your hands on a cure made by Mr Freeze for more or less the whole game. Taking on some of the side-quests along the way that have their own little stories, I did get to a point where things started to get a little confusing, with the main story having more weird moments and twist and turns than a sickening roller coaster. For me at least it just lacked the simplicity of the story from the first game, and if anything ended suddenly and left me coming out feeling like it was just a let's see how many villains we can squeeze into the story experience this time around. 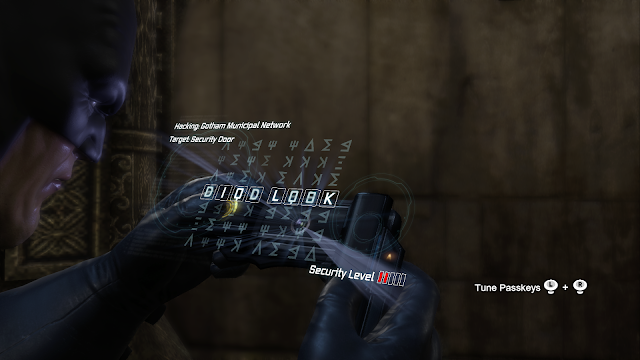 While the story may not be as enjoyable, just things to do and the wonderful and improved combat and gadget system still made it an enjoyable game to playthrough.  Like I said earlier, the side quests really give you a reason to explore the setting of the game this time around, with an intense goon battle never far away if touching the floor. Combat still plays great, with gadgets and combat moves once again unlocking or being available as an upgrade as you play through the game. Once I got hold of the grapple boost I was a happy chap, but from the start of the game Batman already felt fully packed with toys that you found yourself ending Asylum with.

Once again this version also includes DLC that released for the game previously, with Harley Quinn getting her own portion to playthrough, and the rest being mostly challenge maps and characters such as Nightwing and Robin. 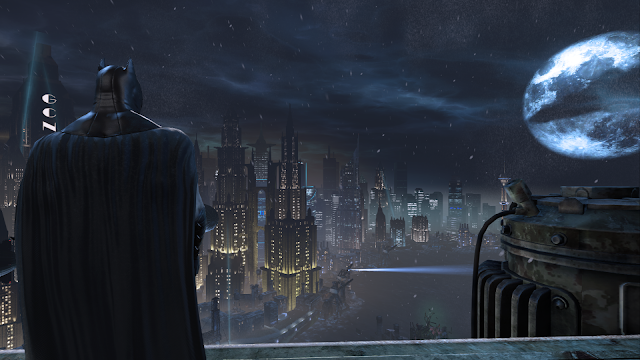 Overall:
I went into this review expecting to come out and end this review with the standard "did this game really need a remaster?" bit in this overall section here. The true fact is I've loved every minute of my time with these two games, and if anything I've come out only to be reminded how great these games were back then and how well they still play to this day. Finishing both these games it's actually made me want to go back and playthrough Arkham Knight all over again, just so I can experience the whole package. A great bundle if you can pick it up this Christmas, with both games offering a decent return in hours in return for your cash.
Batman: Return To Arkham