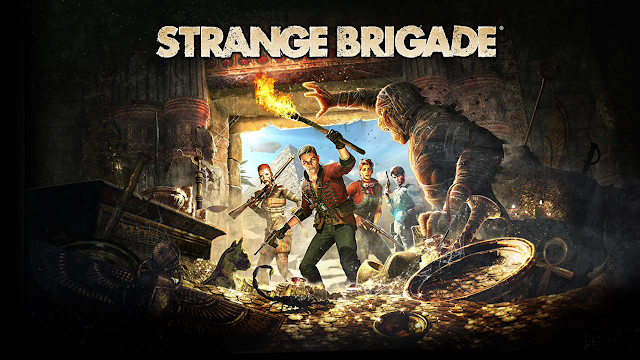 Hey there Internet, I am alive and looking through this five-game list of things that need reviewing thanks to my body just going " Hey Tone, how about we throw a spanner in the works and totally allow us (your brain) to make you believe everything is pretty shit right now? Mmmmm, sound good? Oh, enjoy this six weeks of Summer holidays too" Life and bodies can be right dicks sometimes. None the less, I shall give it my best to play catch up and type up some words on games I've been playing while this has been going on. Might be a bit shorter than normal, but with the busy period coming up and my brain now being in a good spot and kids back at school, better to just get these out there.

Strange Brigade comes from those lovely people at Rebellion, who are of course the team behind games such as Sniper Elite and Zombie Army Trilogy. I mention those two specifically as those are obviously two games that play and even look like what you will get from Strange Brigade, only this time around no slow-motion shots to the balls. 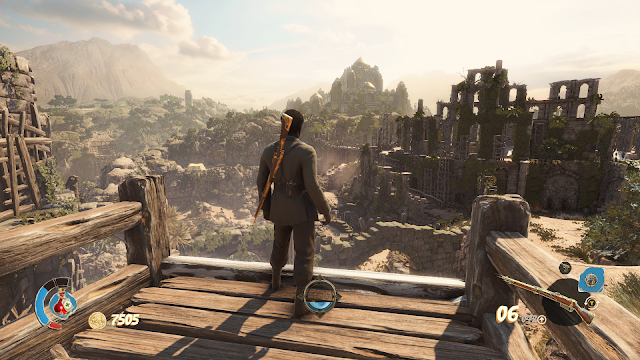 You play the game as one member of the Strange Brigade, an odd bunch who all offer something a little different when picking which one to choose to play, with a fifth character recently added and available for free for the next few weeks by clicking here (£5.59 after the free date expires). Also, another new character just dropped who you can pick up by paying £5.59 if you fancy adding to the crew.

The story sees you flying in a blimp and being dropped into a location with certain tasks to do which tend to be the same in all nine campaign levels the game has, that task being shooting small and then big things by both your weapons and cool little traps laying around. While you do this you can also explore each area for puzzles and items that you can collect. The story sees the group trying to take out Seteki the Witch Queen and all her minions, with this dragging on a bit and the last few levels almost sucking a bit of the fun of it all for me. The game likes to throw bosses at you later on that really need pinpoint accuracy at times, with the game not really allowing that if you find yourself equipped with a certain gun and not knowing what to really expect from that level. This can make it get a bit frustrating at times, a bit more so when doing via single player mode and you need to shoot a number of smaller things before you can shoot the actual target to make it take damage. The game can be played alone, but also via online play where up to three other randoms or mates can jump in and play. An option that takes the game from something you might load up every now and then to kill thirty minutes once you've beat it, to something that will be loads of fun if a bunch of you decide to drop the cash on the game. 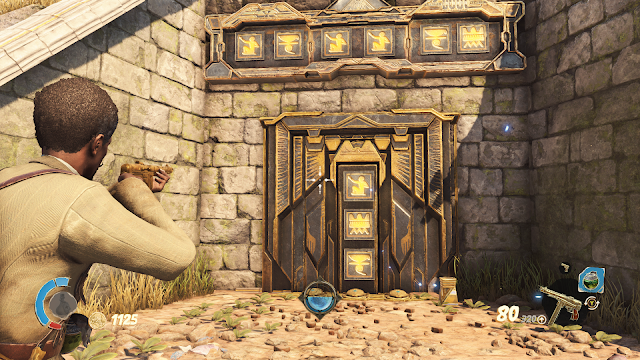 While all guns and items you use will be the same, each character has their own little thing like Gracie being a dab hand at close combat, to Frank being a bit tougher and having a little headshot trick. Being honest here, I never really felt any different when playing any character, with the only difference being their special power, or amulet as the game calls it. New weapons and items can be bought via earning cash in games, with new amulets being unlocked by buying them with skill points which you earn by finding relics in levels. Each character has four amulet powers to choose from, so it worth looking for these relics to try out some new powers and finding one you like.

On top of the campaign, the game offers two more modes to play in horde and score attack. Do these really need explaining? Horde sees you given a chunk of the map to try and survive waves of enemies thrown your way, with cash you earn while playing making it possible for you to buy new weapons, get some special ones via a crate, unlock doors for coin and much-needed energy drinks, and so on. We've all played this mode at some point in our life, with this one being pretty fun when taking it online. Pretty tough by yourself mind. Score attack sees you given a little level in which you just need to score as high as you can to do well for leaderboards. Combos and beating challenges are how to score high here. 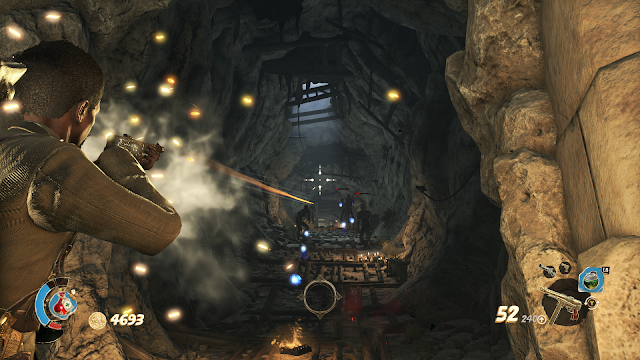 Overall: Strange Brigade is a great game to pick up if you have a bunch of regular mates who you game with a lot and all like the idea of shooting, collecting items, and solving a few puzzles. If you going alone, Strange Brigade will be something you complete and then just kind of forget it's there if the campaign did nothing for you or mopping things up is not for you. Other modes are okay but don't really have that pull to make it something that makes me feel like I need to load this up daily. Was fun while it lasted though.
Strange Brigade