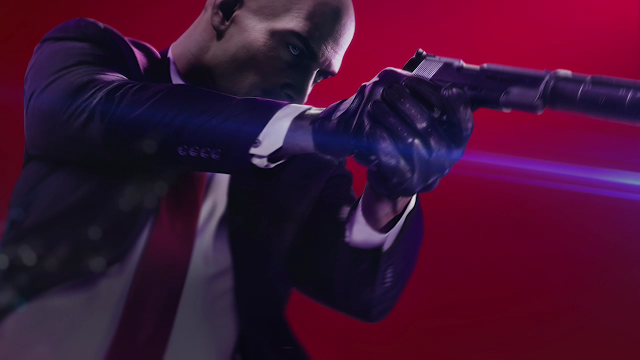 Cutting to the chase, I am perhaps one of the worst people to ask when it comes to being a stealthy, quick thinking assassin in any video game, let alone one who must use his surroundings and anything he can get his hands on to wipe out numerous targets. Agent 47 while supposedly being a great hitman in video game lore, in my hands is like if Mr Bean was given a silenced pistol and told to go at it and not cause too much damage. Hitman 2 takes what made the last game a great little adventure and......well, puts a 2 in the game title and offers you some new locations to mess about in, and just have a bit of innocent mass murdering fun in them.

What does it offer I hear you ask? Well, the game offers owners of the original game the chance to dip back into previous levels and take them on again if they so wish, but the game also offers new locations for you to play too. Never played a Hitman game before? Well, it's all pretty simple stuff. You can just load up a location and take down the target/targets if you wish, but the game also has a campaign to play through, with a few cutscenes that try to tell a story, all be it very dull one. The goal of each location/level is simple, take down the targets by any means possible, how you choose to do so is up to you. You can do so by following one of the stories which open up if listening in on a conversation when the prompt on screen alerts you that you've come across one. While these stories play out you must still perform the kill, and it doesn't like give you the kill on a plate. It merely points in the right direction of what might be a fun way of taking them out. You could of course just pick up a pair of scissors off a desk and launch them across the room at the targets head and run like the wind and hope to survive, but then where is the fun in that? That's the whole fun of Hitman, the fun is learning each level layout and how the targets move and capture a peek at what might be a fun way of taking a target down next time around. This also gives a load of replay value, as each level plays out differently if going back in if you want to do well on the global or friend leaderboards, and of course just complete challenges and things that will help boost your score. 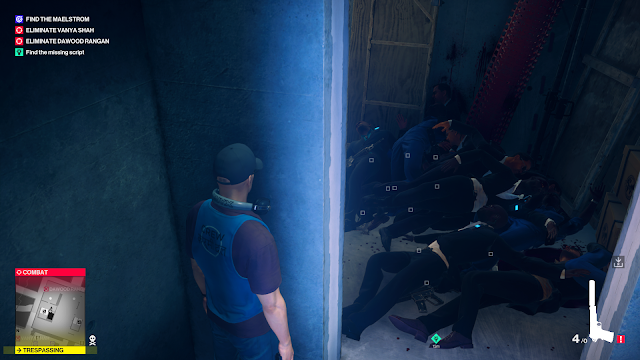 The pre-order sniper assassin mode is here as well if you missed out on that. Offering achievements and the chance to forget about killing on the ground as such, with you on a cliffside and equipped with a sniper and three targets to take out. This can be taken on either alone or via online MP, with the goal always the same, score well and try your best to take out all targets as quietly as possible as they will make a run for it and end the level if they make it to their chosen escaped point. You can play with randoms or invite a friend which is good, as when trying to find someone random to play with this mode was already pretty dead (gave up after 5 minutes of trying to find a player).

The other mode is ghost mode, the online mode for the game where you and another player are challenged with being the first one to five kills on random targets that are given to you on the map. You are both in your own game, so taking out a target with loads of people around will only affect your game and not the other player. This mode works really well, but with the goal of five kills it can drag out a little if you and the other player are quite bad at the game, with one game I had the guy just gave up with us tied at 2-2 and just left after us playing for fifteen or so minutes. 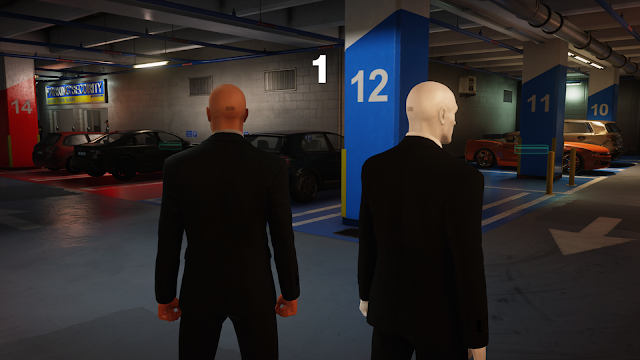 Things like contracts return too, with these contracts created by other players, meaning they are very much hit and miss. Some have put the effort into them, while others tend to be achievements based for those achievement hunters out who want to unlock certain achievements easily. Something I only dipped into a few times, but if you enjoyed them in the past, then it will certainly be something you do again this time around.

Then you have a little mode called Escalation, with my short time with this mode seemingly seeing it growing in difficulty the further you get in it. Start off with a target and them having to be killed a certain way, with more cameras being added and even more targets needing to be taken out if you wish to complete the set amount of levels to beat this mode. I only dipped into this if I'm honest, with it not being that great of a pull away from taking on the locations and mastering those in terms of finding new assassinations or feats in those being where I spent most of my time with the game.

Of course, the game also has those timed elusive targets to take out every so often, with Sean Bean being the first in the last few weeks. Many reviewers probably took this part of their review to brag about how they took him out, but not me. I simply failed it by picking up a keycard in front of a guard who opened a door at the wrong time and him and his friends proceeded to fill my body with gunfire as I scrambled into a hiding spot the best I could. These elusive targets are a one time only affair, screw it up and that's it game over. Because of this, they offer something unlike anything else in the game, with one error costing you the chance of taking them out, you will find yourself being a lot more cautious as you try your best to take them out. 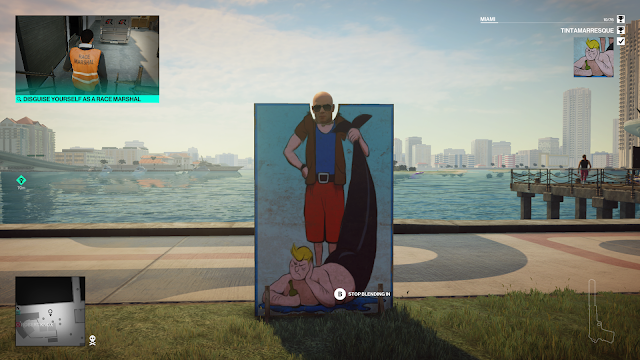 Overall: I've enjoyed my time with the latest Hitman game, but that was always going to be the case as it does nothing but offer the same silly fun seen in the previous game. If the last game did nothing for you, then hitman 2 will not change your mind. If you loved it, you will easily lose hours in this once again. Online modes are a nice touch, but the pull back into the game after mastering each level will always be the friend leaderboards. Each level/location offers a fresh and new challenge, and even though there are only a few new ones in the game, they all offer a bunch of replay value.
Hitman 2