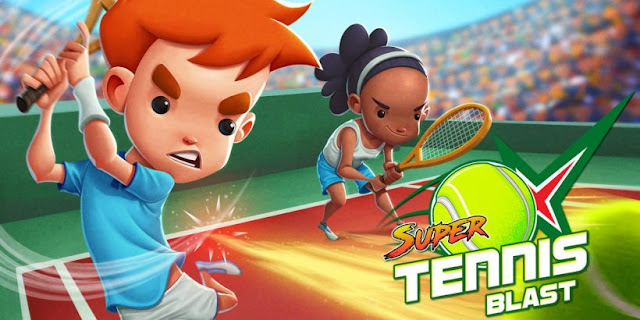 It's been a long time since I put on my digital sweatbands, tight shorts and got out my dusty racquet and let out a grunt like I'd stood on some LEGO, but Super Tennis Blast, brought to us by the guys and gals and Unfinished Pixel, let me do most of those things with their latest game coming to the store recently.

I last dabbled with an Unfinished Pixel game way back in 2015, with Spy Chameleon being a game I reviewed elsewhere, and a game which didn't really stick around too long in the memory banks, and soon forgot all about when reviewing it way back then. Here they are bringing their talents to a sports game for the first time, not only that, but also a sport that doesn't really see much love on consoles these days, and if a tennis game does come out it tends to be well overpriced for what they offer most of the time. 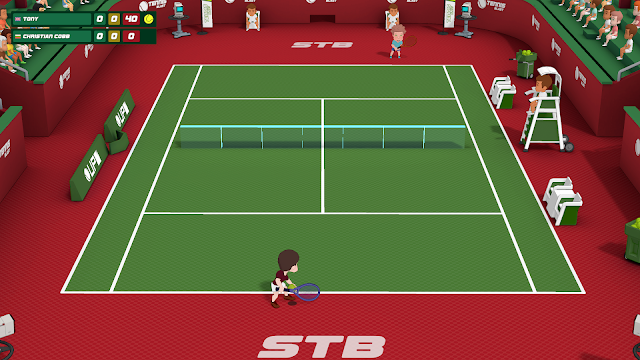 Super Tennis blast, in a nutshell, is an offline tennis game which also offers the player a few little mini-games to boot when stepping away for the World Tour mode. You can take one of the many avatars available and have a fiddle with them and rename them and so on. Are you going to make a character that looks like you with the options available? I mean, you might, but just don't expect anything too fancy.

In terms of modes, you have a quick play mode, a world tour, a mode called super blast, and also five minigames to play with.

The main portion of play for me, however, has been the world tour and taking my created guy through weeks of tournaments to win matches and up his stats. You also have to watch your stamina bar to stop yourself from getting injured, which you do so by using rest on any given week you choose, with the option to train five areas of your play too, those being power, forehand, backhand, speed, and serve, which as I said above can also be upgraded with skill points too.
The training games have you playing a small mini-game to get skill points, with each one having a score you must beat in the time given to beat it. I never found myself overplaying these though, as I preferred just upgrading myself by playing matches, as when beating them on the easy setting I was only getting two points to play with, with matches offering much more than that. Your main goal in World Tour is getting yourself up the STB rankings, with a number of achievements locked to you reaching the top of this too. 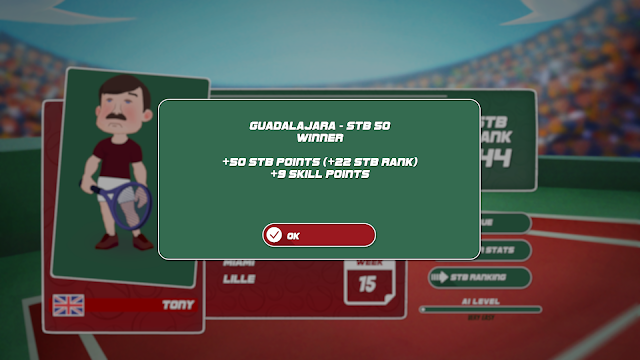 Super Blast mode offers a match in which the court does something to throw something different in the mix. The ones I played had the net growing taller so my shots would hit it, forcing me to react, knowing when that piece of the net was going to grow taller and placing my shot elsewhere. The other saw the court changing in shape. You can, of course, combine both of these together to really mix things up a little.

In terms of how it plays, it doesn't feel like your standard Tennis game in terms of how you hit shots. It took me a bit to get used to it, almost like shots but with a small delay. After playing a few matches I did just find myself just spamming the A button in matches, but other buttons do offer different shots, but I felt like I didn't really need to use them. Looks wise, well it has that whole Wii avatar look going for it, with everything else blending in well with it. Sound wise all does what you would expect. 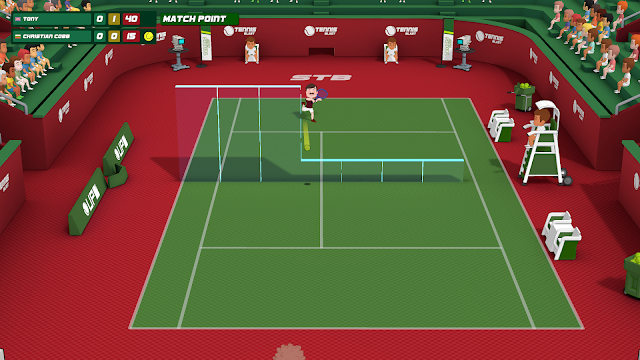 Overall: While somewhat fun, I didn't feel the game gave me the value for money I would have wanted for the price point it currently sits at on the store (£12.49/$14.99). Anything under £8.00/$8.00 and I would say pick it up if you have a bunch of mates over your house who could let you see the full fun this offline only game has to offer. As a guy who doesn't have that on a regular basis (kids too busy with the cool games) the game turned into something I would load up for thirty minutes or so, play a few matches, and then move back on to something that held my attention a lot more, with matches against the AI being a rinse and repeat experience if playing for a long amount of time.