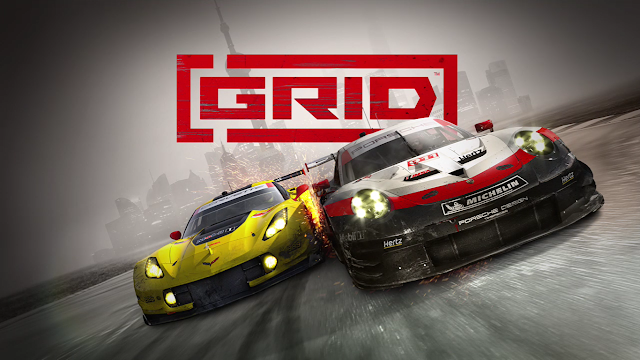 GRID is one of those series that is looked at fondly by both hardcore racing fans and also the novice guy like myself. The GRID series started back in 2008, so to still be going strong eleven years later must say the fanbase is out there and still wanting more of what it offers. Many would class GRID as an arcade racer I think, but for me as a guy who doesn't really tend to stick around these types of game for long, it certainly has a tinge of the serious stuff too, with tuning available and also just how the game plays. An arcade racer to me is something that doesn't take itself too seriously and also has a certain quirk to it, seen in games like Blur and Split Second. Grid really doesn't have that, with the only thing being the rewind feature which we see in every racer these days it seems.

Loading up GRID for the first time I was a bit taken aback by the content actually in the game, with this review certainly going to come in at the short side purely down to what I can actually speak about. Two modes really to play with, with Career obviously taking up most of my time, with the game of course have multiplayer and free play to mess about on too. 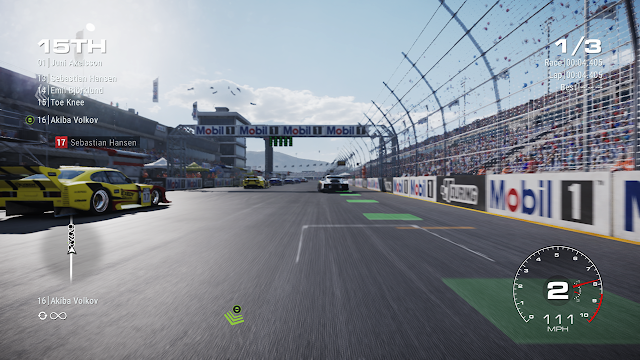 Career mode is split off into six classes, each one offering something different to the other, with the likes of touring cars, stock, tuner and so on. Each of these events offer thirteen races (the invitational event offers twenty-six) for you to try and place in, with a few unlocked at the start and you winning seeing more races in that event unlocking as you beat the previous ones. Win enough races in that event and you will unlock the final showdown event (normally ten, with two making you beat most events before unlocking the showdown for that one), with four showdown events letting you into the Grid World series. In simple terms just keep winning to unlock more and more stuff. I can't say I got to the world series part of the game and will explain why shortly, but I've easily put in around eighteen hours into the game, and have come to a point where I feel I've played enough to type this up.

While all events offer something a little different, I did find myself around the ten-hour mark just starting to feel like I was doing the same thing over and over for no real gain. Sure, I'm unlocking new events and trying to reach the World Series, but in terms of unlocking cool things outside of that not much was going on. Ranking up would see unlocking banner images, beating objectives, and accolades to use on my player profile, but other than that and cash not much was making me feel like it was worth carrying on.

Multiplayer was more of the same, with this of course offering races with other actual players, which of course means a much tougher task if like me you bumped down the difficulty as your car handling is that of a crazed lunatic at every corner. I mean, it does the job of giving something else to a fan of the game to keep playing once they beat career. But much like career what is the end goal? I felt like racing online was only getting me the same XP and ranking up just like I would in career, only a more frustrating time as with good players it means sitting in ninth spot pretending I was enjoying it. 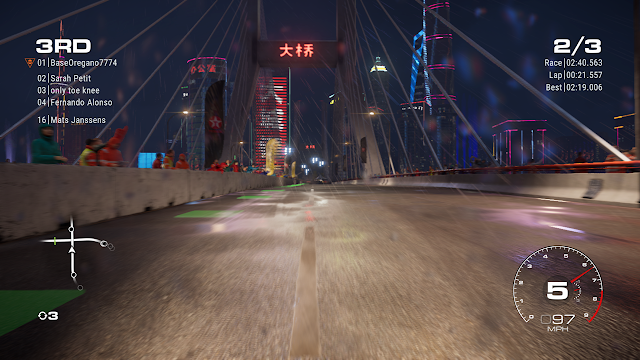 In terms of looks and how the game plays, I can't fault it here. DRIVING is a delight and easy to pick up even for a novice like me. The game looks stunning at times when it throws in rain and light, and fireworks, just making it a pleasure to look at. The only problem is after playing for an hour or so every track starts to look a lot like the last one, making races, I dunno, repetitive. But that might just be me.

Overall: GRID was alright, that's all I have. While I'm perhaps not the best guy to ask if you love racing games, if you dip your toe into the games every now and then like me, then GRID will pass a bit of time. Lacking in a decent career mode really after a strong opening if I'm honest to make me want to keep coming back after about ten hours. MP is what you would expect. The game does look beautiful at times though.
GRID