Ironic really that a game about finding words is the game that gives me the urge to type up my first review in a long time. Wordbreaker was a game that shouted "HEY, BUY ME" on the Xbox store one day when I had credit to burn. Off the back of the Wordle addiction a few weeks ago, seeing a game that offered somewhat of the same experience but with the pull of an easyish 1,000 GS and costing just £6.69 here in the UK, This was a no-brainer.
Does this game need a lot of explanation? Not really. The below image pretty much covers how the game works and what you'll need to do. Starting off each game by picking the first five letter word that comes to mind, the game will show you which letters you've guessed correctly by either highlighting the edges if that word is in the wrong place, or by completely making it the full shade of purple if you've guessed the right position. From there just choose from the letters left on the board shown on the right hand side of the screen to try and work out what the word could be. That's really it. 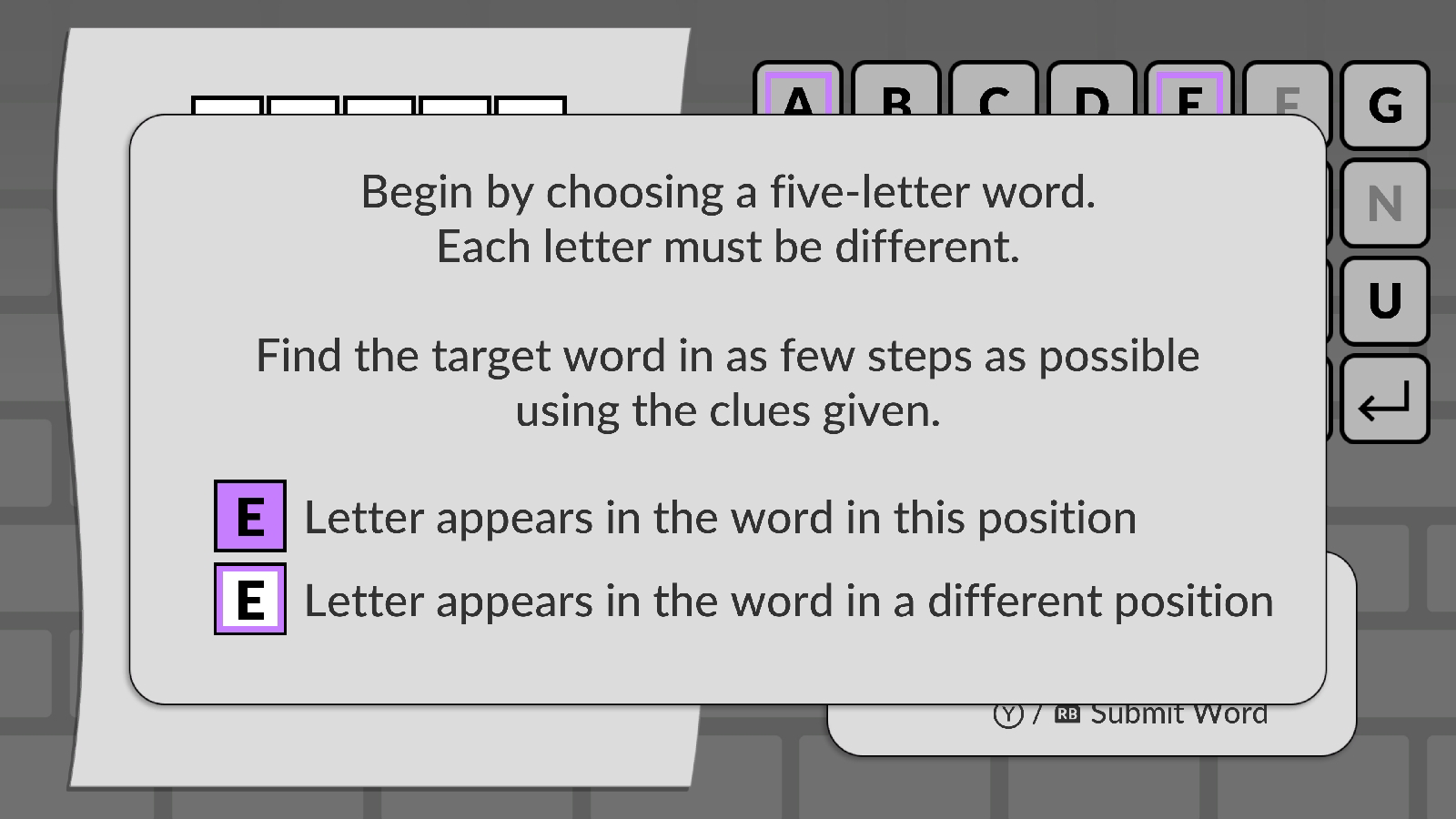 There are a few niggles I've got, but also a few positives. The fact the game only uses each letter once in every word helps a lot when guessing the word, so stuff like Nanny or anything like that won't appear. The ability to switch off the music or put the game in dark mode if the normal stupendously bright white screen is burning your eyes after looking at the screen for ten minutes is also a welcome addition. The game never lets you stop guessing, so each level you'll get there in the end, even if you have to already use letters to make words to get rid of the ones you have left. The one niggle here is that the guesses you've already done start to dissappear with each new guess being added to the list of previous guesses shown on screen, with the game not having an option to show you guesses that are now appearing off screen, and just a number showing how many other guesses you have made. So I did find myself thinking where the hell did that letter go again if I had a spree of just guessing words to eliminate other letters. 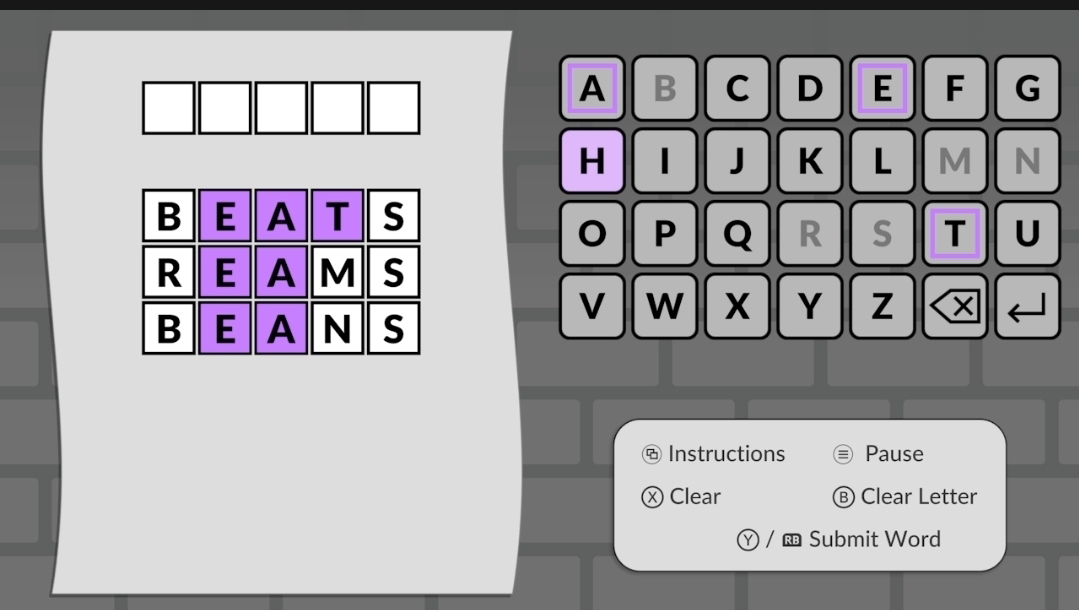 Paying just under £7 for the game, I was quite surprised with the content I got back for it. You are given 120 words to find that are set over four pages found on the main menu. I guess you could fly through these in a few hours if you really wanted too, but I've gone for the slow approach and allow myself only to do about 10 every other day. If you're anything like me the previous words will also be forget in your head a few days later, so you've essentially got a never ending game. 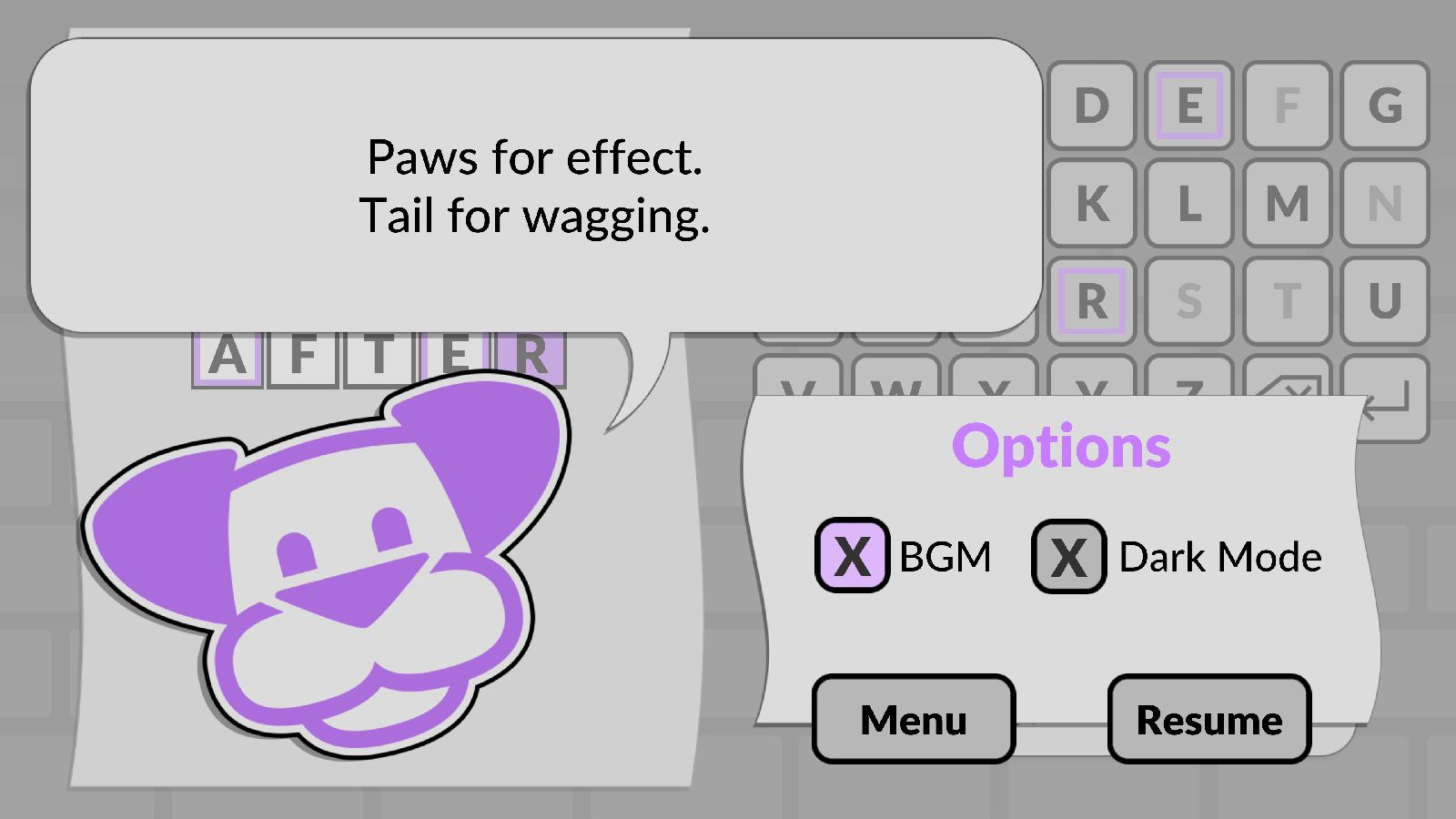 So yeah, quick and basic review for a game that really didn't need much explanation but a great pick up and play game for ten minutes or so. I wasn't disappointed with the price I paid, and I don't think many of you will either. You can find Wordbreaker on the Xbox store by clicking here.
Puzzler Word Game Wordbreaker